Mika, Michael and The Celebrities That Would Be Gay

They're entitled to privacy, but can we please see a little forthrightness? 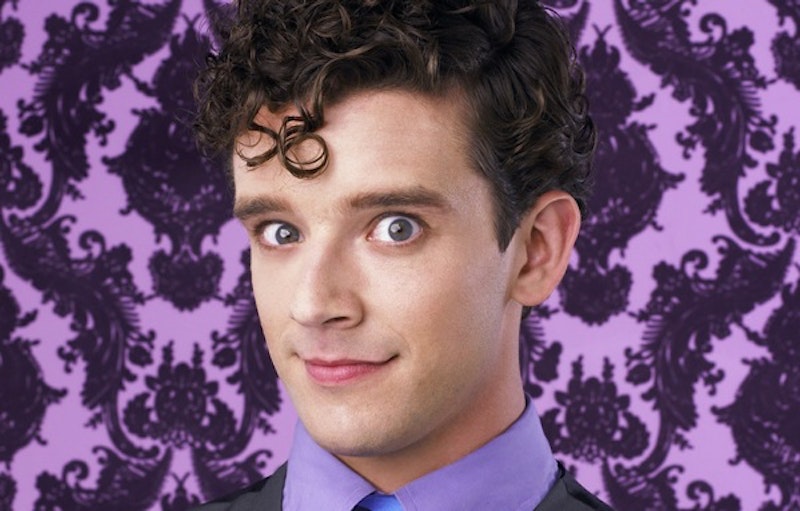 Before writing this article I surprised myself with having to Google something: the last name of Oprah Winfrey's partner, Stedman. You see, I only know of him as "Stedman." I had no idea if that was his last name or his first. He is so shrouded in mystery I'd never cared to get the facts. (His name is Stedman Graham).

Oprah's story is instructive because in all of show business, it's one of the most persistent mysteries. Oprah talks about Stedman, though very rarely. For such a public person, Oprah has a tight hold on this part of her life, and she has every right to her privacy. Yet however private Oprah wants to be, we at least know that Stedman exists, and both Oprah and he have talked publicly about why they are not married. My point: it's possible for a celebrity to be honest and talk about their lives while still remaining ambiguous and private enough to do their jobs and be famous.

This conundrum of how to negotiate being a public persona and private person is at the heart of the debate over whether actors should or should not come out. Over 10 years since Ellen shocked the world, out actors have a mixed record. Rupert Everett is sad and hardly working, only getting headlines for saying crazy things about Michael Jackson and gaybies. Wanda Sykes is at the top of her game, as is Neil Patrick Harris, but TR Knight has been fired and Clay Aiken, well, let's forget about that. Lance Bass post-N'Sync had no career to speak of, so all in all he's fine; Wilson Cruz and other character actors get work as well.

Given this mixed history, it's not surprising rising gay actors are hedging. The most shocking was Michael Urie's recent interview with New York magazine, in which he would not say he was gay. It reminded me of the ongoing debate around the singer Mika and his refusal to do the same, and the career of Sean Hayes. The waters for actors and entertainers today are troubling and hard to navigate, and I have sympathy for them. But still their answers are not satisfying, often unnerving, and I think it's important to break down what's really going on and talk about this issue in more nuanced ways than "they must come out for visibility!" or "they have a right to their privacy" and "gay actors don't get jobs." All these are pretty insufficient responses to a very important issue in media representation.

First: Are Mika and Michael lying? Well, no, not really. For his part, Urie looks like he's trying to carve a middle road on the issue. He describes himself as a "member of the LGBT community." He twitters things like "In the pride parade!!!! So much fun"—coincidentally on the same day the New York piece came out. Mika, on the other hand, isn't saying much except he doesn't like labels, which is basically a non-admission admission.

The details are important here. Gone are the days, we hope, when obviously gay actors simply say they are straight—it's part of the reason I'm starting to believe Seacrest. Instead, the typical response today involves obfuscation or word play. Either celebrities refused to be asked or simply will not say. There are different ways of "not saying," though. Sean Hayes appears to not want anyone to know, and his reluctance to just admit it comes to close to shame, or at least that's how it sounds. Fans can smell someone uncomfortable in their own skin. Take this thought by AfterElton: "But at some point, I hear their nonsensical responses to the question, 'Are you gay?' and I start to roll my eyes. Sean Hayes may or may not be gay, but after a decade of his refusing to give a, uh, straight answer to a simple question, I’m not sure how much a fan I am of that particular actor anymore." Staying in the closet now may actually be bad for your career, especially in an age where "personality" is such an important part of fame. Whether they like it or not, "stigma" is still an issue. Regular people deal with it every day. They will expect you to respond to it and declare who you are; otherwise they will do it for you.

Mika is not Sean Hayes. He comes off as someone who likely has relationships with men and has thought seriously about whether he wants to call that "gay": "I will not talk about labels, and I will not talk about over-categorizing things, because labels are the one thing that I've never agreed with—simply because I just don't fit into them in my own personal life." In case you're unaware, there's a lot of confusion from older gays about the refusal of young people today to use the word "gay," preferring "queer," "SGL" ("same gender loving," most common among blacks) or no label at all. I understand it. Today, "me" is the only label that matters, and it isn't always narcissism. Often it's about allowing for greater diversity and new kinds of relationships to form outside the labels of the Boomer generation. I sense that this is where Mika’s coming from. The sophistication he brings to the question tells me he's not just in the closet.

Michael is different. Urie was pretty brazen in saying he doesn't want to call himself gay because, basically, he wants to get roles. Sure, he said it's because he's an "artist." I suppose. So was Jackson Pollock, but everyone knew at least he was married to Lee Krasner, an accomplished artist herself. I imagine Urie's phrasing will not pass muster with a lot of gays. Still, he too is not Sean Hayes. After all, in the streets of New York he's much more out than someone like—allegedly!—Anderson Cooper. Of course, Urie, as an actor, is at a disadvantage. Mika has an entire history of singers before him who played with sexuality without being explicit—Elvis, Little Richard, David Bowie, Kiss, Pete Wentz, and on and on. Actors, because they have to inhabit many different personalities, do not get the same allowances.

Perhaps part of my frustration with Urie and Hayes comes from being black and seeing so many black people, men in particular, not identify with a label out of cowardice. I can tell the difference. When interviewing black YouTubers for a project, I was shocked by how none would identify with a sexuality other than straight. Half my sample refused to answer the question. Some, I know, had ideological reasons (similar to Mika's), but some were just hiding, hoping one day they would be Will Smith and not wanting to be haunted by a pre-fame interview.

Fear of losing jobs is not an excuse. Being an actor, gay or straight, is hard. Sure Rupert Everett has a right to be pissed. If he'd been straight, he might have been Hugh Grant (whereas Sean Hayes would never have been Brad Pitt). But history shows most celebrities, regardless of orientation, have short careers. The list of performers with viable careers longer than a decade is pretty short. Being cagey about sexuality won't help; only talent and personality will. That's why Ellen is still around. It's why Madonna is Madonna.

Meanwhile, whether they like or not, becoming famous does require that entertainers abdicate some privacy and answer simple questions. Every celebrity has to deal with it, from Sean Penn to Meryl Streep. No one says you have to be Britney or Lindsay, the smallest detail of one's life revealed on a weekly basis. But there is a base level of honesty. After all, people don't listen to music only based on the music. If that were the case we wouldn't have the music video. Will Smith's fame is based on more than his movies. We consume media because we are consuming people. All public personae deal with this. Yes, Barack Obama had the right policy proposals and better speaking skills, but look at his favorable/unfavorable ratings versus McCain from last year and you realize a lot of people voted for him because they liked him as person; how many people really knew the details of his healthcare proposal on November 4?

Can the public handle a gay entertainer? Yes! Before Rosie mysteriously left The View, ratings were way up. Ellen is hit show. How I Met Your Mother is one of the few successful comedies on network television. Is the list of gay successes short? Absolutely. But without more brave entertainers, it will continue to be.

I am not, however, an either/or kind of guy. I don't believe in someone being only "gay" or "straight." If, like Mika, you prefer the in-between spaces, that's fine.

But I do have a standard, and it is a pretty low one. I would like to hear some ambiguous celebs say they would be called gay—indeed, wouldn't mind—but don't like the label. Already, a number of actors, most notably Jared Leto, have said as much (i.e., I don't mind if you call me gay, it's just not true). See the subtle difference? This response acknowledges and honors that many people do have trouble coming out, that stigma still exists, that being gay is still an issue and also acknowledges a celebrity's right to try to shape their personal life and its perception. It acknowledges that with great power and at least a footnote in history comes great responsibility. After all, if it were easy to be famous, we would all be.