Setbacks and changes at Disney's Epcot Center in the era of coronavirus. 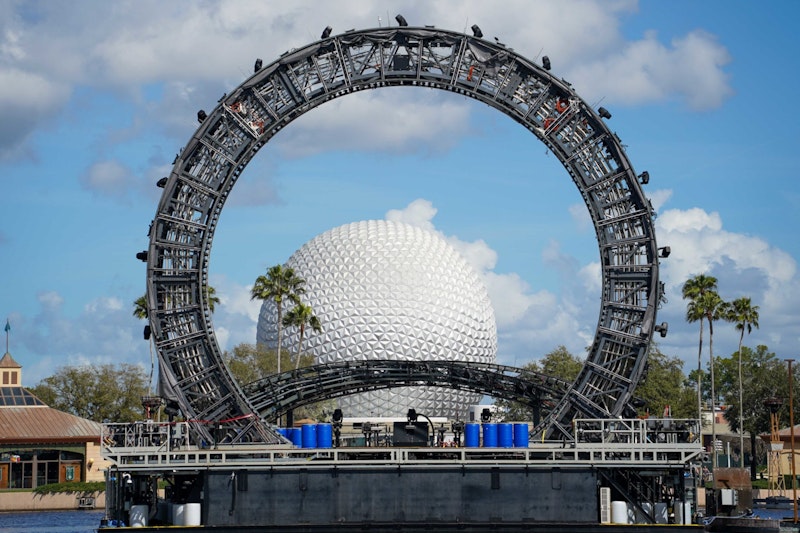 Some day, fairly soon, I’ll return to Epcot. I last visited in September, and for me, seven months away from the Parks is a long time. I’ll grab an over-priced pint of Smithwick’s at the Rose and Crown, and probably buy some over-priced t-shirt or cap with the new logo, which looks a lot like the old logo—the one the Epcot Center opened with, almost 40 years ago.

I like talking with the employees in the Parks, most of whom are happy to have a conversation. I won’t be talking with employees, but with cast members. That’s what you are at Disney. It doesn’t matter if you’re on the custodial staff, a Jungle Cruise skipper, or a singer with the Voices of Liberty, you’re a cast member. With that membership come a number of rules about how you do your job, and how you must look while doing it. In the literature you get while training, you learn about “the Disney look.” Until yesterday, it was pretty 1965 suburbia.

On the backstage “Keys To The Kingdom” tour, guests learn of Disney’s Four Keys—safety, courtesy, show and efficiency. Now, there’s an added key, that of inclusion. Disney’s making an effort to update policies so that they can retain workers, and bring new ones who may have previously been unable to meet the strict “look” parameters.

The updates announced include changes to the way hair can be worn, what body art is acceptable, and what jewelry can be worn while working—for instance, two earrings in one ear—that previously wasn’t allowed.

Josh D’Amaro is the recently promoted chairman of Disney Parks, Experiences and Products. This corporate division is more commonly known as “Disney Parks.”  D’Amaro was named to his position last May, when Bob Chapek, the new boss, took over for long-time chair Michael Eisner.  D’Amaro has been with the company since 1998, and has served as president of both the Animal Kingdom Park, and Disneyland Park. He’s the face of a new breed of executives at Disney, who understand the power and reach of social media. When the Florida parks headed toward reopening after their pandemic closings, D’Amaro took to Instagram to show the cast’s efforts to get the Parks ready for the return of guests. His communication style is personable and relaxed, at least in comparison to most of the corporate statements and releases.

Disney generally plays it close to the vest.  Know how many people were at the Magic Kingdom yesterday? No, only Disney knows. It might be suggested that attendance figures could be used as good p.r., but even prior to the pandemic, those figures were closely-guarded secrets. The current limit is said to be 35 percent of capacity, but unless you’ve been at Epcot at 11:30 on New Year’s Eve, you probably haven’t really experienced what the company considers capacity.

Thousands of people have lost their Parks jobs, and despite efforts to find new homes for workers, many of those position aren’t coming back. Disney is on the cusp of major anniversaries, including the 50th birthday of the Magic Kingdom in October of this year, and Epcot’s 40th, in 2022. Massive construction projects were halted due to COVID. Some have resumed, simply because you can’t leave things half-built, but other planned additions and updates haven’t been restarted, and dates are unknown for when they will, if at all. Disney has announced losses of several billion dollars, even if the stock price has rebounded. Cruise ships have been grounded for more than a year, another major division D’Amaro will have to find a way to fix.

In light of these setbacks, it may seem that letting your Haunted Mansion host wear a second earring is minor, but I believe the effort is sincere and important. D’Amaro’s statement said, “We want our cast members—and future cast members—to feel a sense of belonging at work. That means cultivating an environment where all people feel appreciated for their experiences, perspectives and culture.”  We’re in the midst of a change in America, and Mickey and Minnie are manning oars on the big boat.