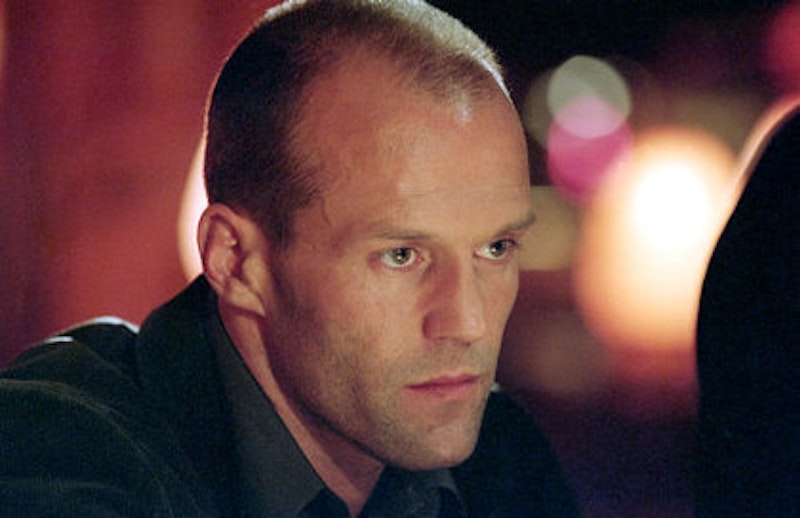 Jason Statham is on a raised platform in a London haberdashery, flanked by a triumvirate of full-length mirrors, being fitted for a Dolce & Gabbana suit.

Jason Statham is the proud master of Muffy, Peaches, and Maximum Carnage, a trio of Siamese kittens.

Jason Statham desperately, obsessively craves an autographed Babe Ruth baseball, but forces beyond his control or understanding seem to be conspiring to deny him the satisfaction of owning one. To this end, by his lonesome and through a specially-picked team of intermediaries, Jason Statham has spent an inordinate amount of time attempting to acquire an autographed Babe Ruth baseball; there have been clandestine midnight meetings in darkened parking garages, eBay stare-downs, mercenary sojourns into the heart of the North Korean bootleg underworld, exchanges of cryptic communiqués via burn phones. But the result is always the same; somehow, the deal falls through, and Jason Statham is left fuming and bereft in his sprawling Malibu mansion, gazing impassively and square-jawed at the laser-protected trophy case meant to house his prize.

Jason Statham structures his workout routines in accordance with the Merzbox.

Jason Statham is passed out in a bus shelter on Hollywood Boulevard, disguised by the script for a Running Man re-make currently in turnaround at Paramount.

During an on-set break, Jason Statham bums a Marlboro from someone else’s stunt double after trying unsuccessfully to acquire cigarettes from various extras, a lighting technician, and a lobotomized Hare Krishna.

Jason Statham is tossing handfuls of candy, running the streets of Calcutta draped in leis, pursued by screaming barefoot children, laughing wildly at the glory and folly of it all.