Everyone's favorite ex-punk spoken word artist has been travelling in a lot of interesting places lately, like Iraq and Pakistan. He shared some thoughts while on his most recent tour. From The Daily Nebraskan. 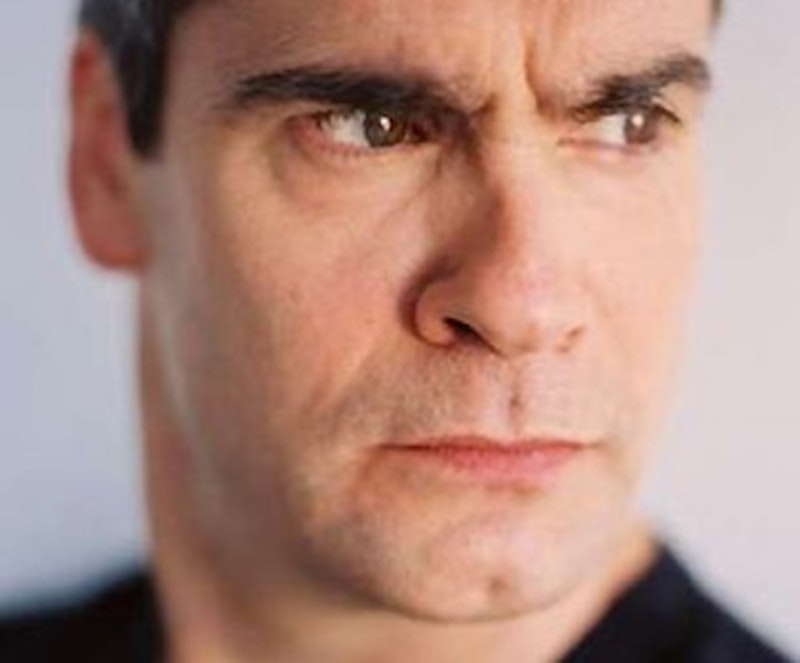 The man who spent as much of his time on stage 25 years ago fighting back against unhappy audience members as he did actually fronting the punk rock outfit Black Flag has mellowed out a bit as he's gotten older. But that doesn't mean he's gone soft.

Henry Rollins, the charismatic, everywhere-in-the-media figure who has varied his projects in the years since leaving Black Flag, is in the midst of another one of his notorious nationwide spoken word tours, this time under the moniker "Provoked."

In a recent phone interview, Rollins was soft spoken as he detailed his traveling adventures over the last year.

"I've been a lot of places recently," he said while resting before a show on the East Coast. "Iran, Syria, Lebanon, Jordan and Israel were all part of a Middle East tour. That was really eye opening. I was in Pakistan when (politician Benazir) Bhutto was killed. They sealed the city and the next day there was a lot of stuff on fire."

Rollins said traveling has become the norm for him. Not that it hasn't always been a part of his life, but now instead of trudging around the country in the back of a van and playing gigs not knowing when the next paycheck will be written, he's trying to learn more about how the world has transformed into what it is today.

"If I'm going to a potentially 'hot' place, the American consulate will usually ask me not to go," he said. "I still go, I just try to know enough not to get killed."

His travels make for a good starting point each night when he walks onto each low-key stage with a black backdrop and no props or extras to keep people entertained. As the tour's title somewhat suggests, Rollins has been provoked and he wants to share that mentality to get his audiences to think.

Not that keeping audiences attentive on spoken word tours is anything new to Rollins. He did these gigs as far back as 1986 when Black Flag was still together. Sadly, in 1991, Rollins' life took a tragic turn when he and his best friend, Joe Cole, were held at gunpoint outside of Rollins' home. Rollins survived the robbery attempt, but Cole died from gunshot wounds to the head.

"It kind of ruined a lot of things for me,"

Rollins said of the incident. "It made me realize life is not only cheap, but it's not worth anything to some people. This happens in Iraq every day. It happens in America every day."

Rather than let the incident tear him down, Rollins was able to use it to make him a stronger person.

Since then he's appeared at the Woodstock Music Festival, won a Grammy for "Best Spoken Word Recording," has appeared in movies and on television and hosts a weekly radio show.

As he doesn't like to spend time sitting around, he's always involved in some sort of project. He has a lot of respect for the armed forces fighting a war they're not always eager to talk about. When Rollins offers his time to the United Service Organization to give talks and performances to soldiers stationed around the world, he said they don't talk about the day-to day life they're dealing with.

They ask about the parts he's played in movies or about the good old days they've read about in his Black Flag memoir "Get Back in the Van."

"The good thing about talking to these guys and gals in a place like Baghdad is that it's easy to tell they're trying to make things better," Rollins said. "At the same time, they're bummed out a lot of the time. They miss their families, so instead of getting political, they ask what it was like being in the movie 'Jackass.'"