Female celebrities inevitably turn into role models for young women. What needs to change is our expectation that they be perfect. 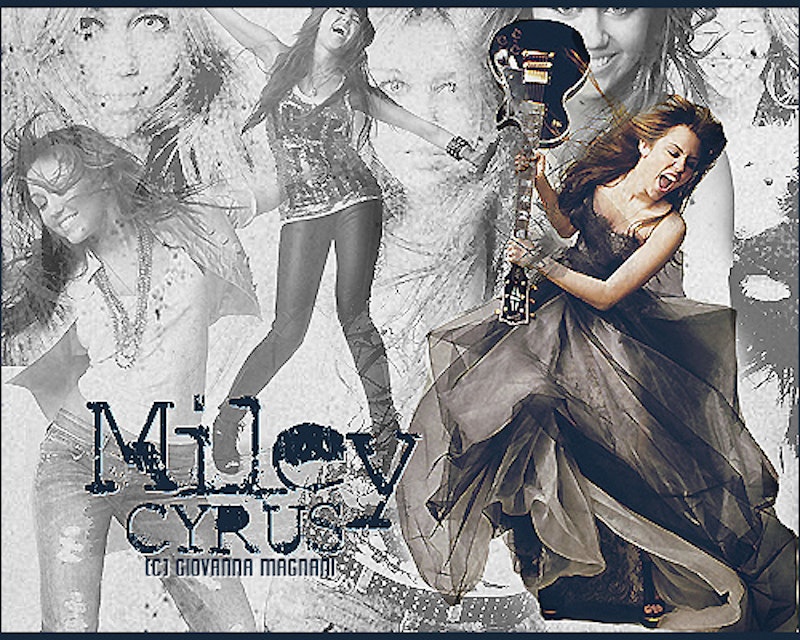 As a young girl, I was a gymnast. For seven years I spent almost every weekday afternoon and all day Saturday in the gymnasium, learning to fly. I had chalk marks on my legs so often that school friends thought they were permanent. I spent more time wearing leotards than regular clothes. On more than one occasion, I accidentally addressed my coach Kerrie as “Mom.” For seven years I slept, ate and breathed gymnastics. And of course, as most young athletes do, I idolized the greats of my sport.

No one could compare to Shannon Miller. Miller is America’s most-decorated gymnast; she was a two-time world champion, took all-around silver at the Barcelona games and was a member of the Magnificent 7, the first American women’s team to win the team gold, in Atlanta.

A few years ago while cleaning out bookshelves, I found a book that contained profiles of famous gymnasts, one of whom was Miller. In her interview, Miller was asked about her status as a role model to younger gymnasts. She responded that the knowledge that she was always setting an example for other gymnasts, whether in the practice gym or on the competition floor, weighed heavily on her mind. Someone is always watching, she explained. You’re setting an example whether you realize it or not.

This month, the Disney Channel pop star Miley Cyrus is on the cover of Harper’s Bazaar. Cyrus is 17; the same age Miller was when she won her second World Championship title. In her interview with the magazine, Cyrus speaks about the unwanted responsibility of serving as a role model to young women and girls.

“My job isn’t to tell your kids how to act or how not to act because I’m still figuring that out for myself … To take that away from me is a bit selfish,” Cyrus says, “Your kids are going to make mistakes whether I do or not. That’s just life.”

Cyrus has certainly made what some might consider mistakes. From the tattoo under her breast to a partially nude 2008 Vanity Fair cover shoot and her 2009 Teen Choice Awards performance, which included pole-dancing, Cyrus has caused a good deal of controversy for so young a performer. And every time she does, we question the wisdom of considering her a role model.

There is very little wisdom in it, but it’s a fact is that young women and girls do look up to Cyrus and there’s very little that she or any other celebrity can do about it. Shannon Miller was right: Whether you realize it or not, whether you like it or not, when you live in the public eye you are always setting an example for someone. We live in a celebrity-obsessed culture in which women like Cyrus are often the most visible and influential role models available for young women and girls. And in that culture, that status is not something one can simply opt out of whenever a mistake is made.

The lack of substantive role models for young women, and our tendency to recognize women for beauty and notoriety rather than intelligence, talent, wit or compassion, is disheartening. Miley Cyrus apparently feels that as a role model a pressure to never make mistakes has unfairly burdened her. And she’s right: We forget that she, just like us, is imperfect. A gymnast will occasionally fall; they all do.

Demanding perfection from our role models is a reflection of the demands we place on ordinary young women all the time. For teenaged girls, the pressure to be perfect is enormous. Rachel Simmons, author of Odd Girl Out and The Curse of the Good Girl, believes that young women are crippled by the pressure they feel from teachers, parents and society at large to be a Good Girl: “unerringly nice, polite, modest, and selfless,” not to mention high-achieving, intelligent and beautiful. This emphasis on perfection—which is, by definition, impossible to achieve—means that when they inevitably make mistakes, “they become paralyzed by self-criticism, stunting the growth of vital skills and habits.” And while positive role models aren’t a panacea for all that’s ailing young women, they’re certainly a start.

A role model who never fails is of little use to young women. What we need from them is not perfection, but rather, public examples of how to be imperfect without giving up, and without succumbing to self-hatred and misery. We need role models who demonstrate that it’s okay to fall, as long as you get up again. We need role models who can fail graciously, and who can get up off the mats—or in Cyrus’ case, off the admittedly ill-advised stripper pole—to try again.