I Wasn’t the Best Scientologist

They will suffer miserably and endure the pain. 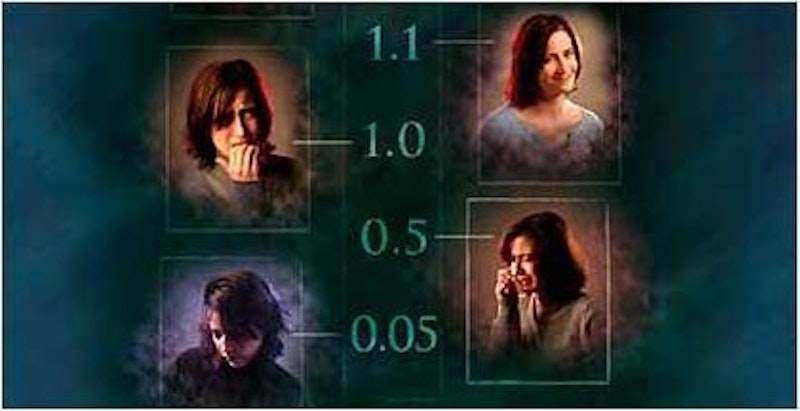 Our workday is done and drinks are on my business partner Gary. We've got a booth in a bar called the San Francisco Saloon; hanging ferns are everywhere. We’re 600 miles from San Francisco but a short block away from our office on the outskirts of Culver City. Gary, Jack and I have been sitting in a booth tossing them back for the past hour and I don't know how we get on the subject of the tone scale, but Gary, an OT3 Scientologist, is demonstrating a point about pain. At eye level he holds his right hand in a fist.


The Tone Scale, is a concept created by L. Ron Hubbard book in his book, Science of Survival. The Tone Scale depicts the full range of 59 human emotions. At the bottom of this chart you'd find -40.0 indicating Total Failure and at the very top is +40.0 or Serenity of Beingness.

About a third of the way down it looks like this:

Gary brings his clenched fist down quickly and raps the knuckles hard on the sharp edge of the Formica table. I make an involuntary sound like, yeeow! My hand hurts just watching him do this. His face is expressionless. Gary repeats his demonstration again and again five or six times quickly. Each time I wince, but Gary doesn't break a sweat. I look at his hand and expect torn skin and blood, but again, nothing. Jack takes a big swallow of his Hennessy on the rocks and laughs like he's seen this before.

I don't quite know what I just saw. Gary takes a sip from his drink and smiles.

Something else on the Tone Scale: if you ever get in a conversation with a Scientologist, know that they are evaluating everything you say and do and don't say and do to peg you on the chart. They'll not be able to help themselves.

Gary gets the attention of a waitress and signals for another round at our table. He then tells me that a few years earlier he'd been in a terrible accident and pulls back the hair that hangs over his brow to reveal an ugly scar that runs the width of his forehead. He doesn't say anything about whether or not he was alone in the car or what his car hit, but he did say that he went through a windshield and ended up in intensive care. When he finally came to, he said the pain was excruciating, yet he refused the morphine drip, because after all, he was a good Scientologist and they are against drugs. He suffered miserably and endured the pain.

“Then I had a cognition,” he said. “I cognited that pain on the tone scale was just another emotion. And if I could confront the pain and not resist it, then I could be at cause and not the effect of it.”

He concluded that this was true with any number of other emotions on the tone scale, so why not pain? I tried what I’d just seen him do and rapped the knuckles of my right hand on the table edge. I did it in the same quick motion as he had. I did it once. It hurt!  It was immediately evident to me that I was nowhere near the Scientologist that he was.