Every last one of them. 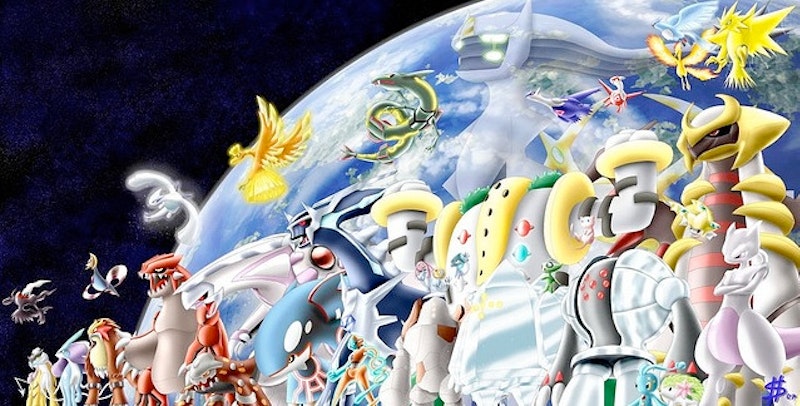 Since Generation I, legendary Pokemon have silently crawled through caves and invisibly soared in the skies, but now those once rare, immortal beings are becoming overpopulated.

Red and Blue featured 5 “Legendary” Pokemon, beasts with abnormal stats and frustratingly low catch rates. Mewtwo embodied statistical perfection. He could destroy any opponent within 10 levels, no matter their element type. Additionally, the psychic type was completely original, as he was the only one of his species, like all other legendaries, or illusions, or mirages, or whatever you want to call them. Each mythical beast had a well thought out back-story and a connection to the region they were in. The only thing that didn’t add up was their reason for being captured. An immortal Pokemon shouldn’t be able to be constrained by a mere Pokeball. Why can one trainer encounter Moltres, let alone battle and tame it, when every other single one can’t? For that matter, why aren’t the gym leaders and fellow trainers surprised when Ho-Oh gets thrown into the match. It’s things like these that make the Pokemon games unrealistic.

Anyway, ever since Generation I, the number of legendary Pokemon introduced keeps climbing. Gold and Silver housed the perfect amount of immortals: six. Two for the covers of the games, three to chase around the continent, and one to sit outside your GameStop for five hours only to find out that the event doesn’t start for another week. Collectively in the last two installments of the timeless franchise, Diamond and Pearl and Black and White, Game Freak created 26 new legendaries. Half of them don’t even have back-stories, they’re just legendary to be legendary.

What happens to the used Pokeballs that wild Pokemon break out of when a trainer attempts to capture them? I sure hope they pick them up, because if nobody does, the Pokemon universe is a very messy place. Also, what do Pokemon eat besides Pokeblocks? They need protein, too. According to Magikarp’s description in Generation II, they are prey for wild flying types: “For no reason, it jumps and splashes about, making it easy for predators like Pidgeotto to catch it mid-jump.” It’s easy to picture a Charizard chomping on a Pikachu for a late night snack. And how do the humans get any substantial protein? Does Brock cook up a Spearow or a Squirtle whenever the gang has a case of the munchies?

There a lot of plot holes throughout the Pokemon cannon, but with a good imagination, it’s easy to realize that the people at Game Freak have done a good job tying most of the loose ends together.