I feel a little sick just thinking about it 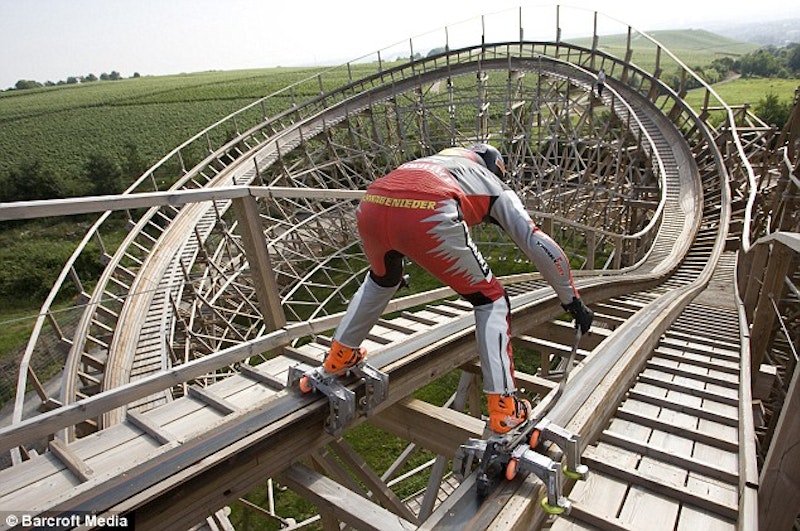 The following video was included in this article:
https://www.youtube.com/embed/UA9Sb0gnsFQ

Auer knew full well the risks. As he told the Daily Mail, "This was a very dangerous stunt because there were so many factors to consider. The roller coaster is wooden and so unlike rides made from iron and steel there was always a chance of the odd nail or screw that would not be entirely flat. If the skates were to catch a stray nail then I could have fallen and I would almost have certainly died."

Auer spent two months planning the stunt and put in more than a hundred hours to design the speciality skates.

Auer is best known for his previous stunt of skating on a tow-line behind an Porsche GT2, which allowed him to reach speeds of nearly 200mph.