You know, it 's kitschy or something. 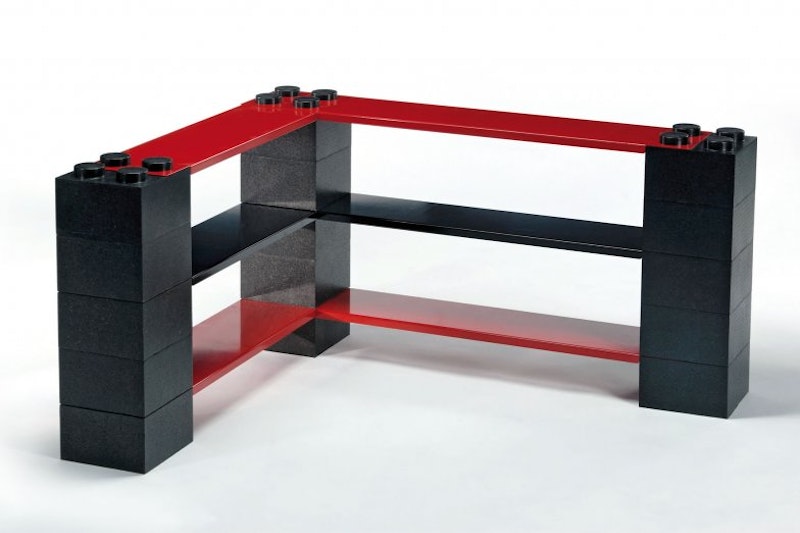 Decorating your abode with enormous Legos can go only two ways : it can make you appear incredibly hip and charmingly ironic, or alternately, if you have the physique and hairline of a giant toddler, it might make you appear to be permanently arrested in a more innocent, and ultimately celibate, time. Tread carefully.

While these uberLegos from Lunatic Construction in Paris don’t offer the same versatility, nor endorsement, as traditional Legos, they’re still able to provide an intelligent upscale version of modular design, whether it’s to divide a room, provide some extra shelf space, or set up a spontaneous sitting area to play Lego Star Wars with some very patient guests.

Available in multiple materials, a regular, iconic Lego-ish brick will set you back around $25. The clear, illuminated, metal and cushioned iterations of these forms escalate exponentially in price and far into the realm of inaccessibility. Or, you could just purchase one and head full-throttle into your macrophiliac fantasies, weirdo.

It’s interesting to see an aspect of interior design that functions primarily as a tool more than it does as an as-is object, but like any tool, it can be used for good or for stupid. While nothing will ever steal my heart like modular Tetris shelving has, one would hope that anyone with the scratch to buy enough Lunablocks to make something significant would also possess the intellect to not screw it up colossally. Or, as the French catalogue suggests, you can just use your Lunablocks to display a prized collection of white rocks, apples, tufts of moss and magical berries. The French, it would seem, value the same things as mystical gnomes.

No retailers in the US seem to be carrying Lunablocks at this time, though we can safely presume that if you could afford these, they’d have already sent you the catalogue. Nevertheless, I still believe that Lego should be embraced in all forms, no matter how dorky and potentially repellant to the opposite sex. Any woman who scoffs at my Lego ice cube tray isn’t really worth keeping around anyhow.