The fashion industry's beauty standards are horrifying; it's time to stop buying in—literally—to that culture. 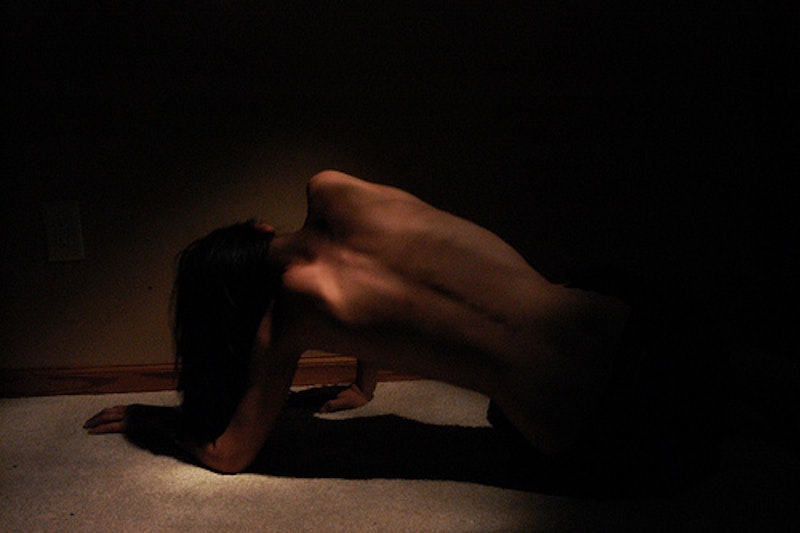 It’s Fashion Week here in New York, which means that from February 11th to 18th, the city that never sleeps will also be the city that never eats. I’m conflicted when it comes to high fashion: On the one hand, fashion is at times  a form of art, and after 13 years of wearing school uniforms, I understand the role that sartorial choices can play in self-expression. On the other hand, the fashion industry is elitist, exclusive and exploitative, and while I believe in the awesome power of a flattering cocktail dress, on the whole, it would be difficult to argue that the fashion industry does more good than harm. And the most painfully evident harm that it does is to the women it employs as models.

Three years ago, in response to the death of several models from anorexia, some members of the fashion industry created the Council of Fashion Designers of America’s Health Initiative. The Health Initiative, which has been convening roundtables during Fashion Week since 2007, held its 2010 panel discussion in Chelsea last week. The panel was composed of representatives of industry stakeholders—designer Zac Posen, Estée Lauder board director Aerin Lauder, Vogue fashion director Tonne Goodman, modeling agency executive David Bonnouvrier, casting director James Scully and model Doutzen Kroes—and moderated by Dr. David Herzog, a specialist in the prevention and treatment of eating disorders. Anna Wintour, Diane Von Furstenburg and model Coco Rocha were also in attendance.

One of the major concerns tackled by the Health Initiative, and discussed by the panel, is the lengths to which models must go in order to be considered thin enough by current industry standards. “I can open up any magazine or pick any show and tell you what girls are taking Adderall, how many girls are taking Vicodin, how many girls are throwing up, how many girls are carrying flasks," said Scully. “Girls are really resorting to incredibly dangerous things.” And it’s no wonder; those industry standards are absurd. According to Scully, the average weight of a Fashion Week runway model is 110 pounds, and some fashion houses are refusing to use models whose hips measure more than 33 inches around. “A teenage boy's waist is 32 inches,” Scully said at the panel. “Thirty-three inches is almost—it's ridiculous.”

It is ridiculous, and also dangerous. What Scully’s observations make clear, however, is that despite their enormous salaries and their enviable status as Beautiful Women, the models simply don’t have the power in this situation. Designers and fashion houses make the clothes, and casting directors make the decisions. If a model doesn’t fit into the clothes or into the aesthetic of the show, she’s out. Jezebel contributor Jenna Sauers, who attended the panel, painted a grim picture of the vulnerability of the life of a typical catwalk model at NY Fashion Week, “a Ukrainian teenager who is living out of a suitcase in a model apartment and falling by the day into ever more significant debt to an agency that could theoretically drop her at any moment.”

This image is an upsetting one, and also serves as a welcome reminder that our tendency to scapegoat skinny women, to blame them for the unrealistic standards of beauty to which all women are held in our culture, is misguided. Last week, I wrote about the assumptions that we make, as a culture, about fat people; that they’re lazy and gluttonous and fat by choice. The reality, of course, is that most fat people are not fat by choice. They’re fat as a result of circumstances, like the heavy subsidization and therefore readily available supply of cheap processed foods, and the cutting of physical education in our public schools. Despising those fat people, or disguising our hatred with faux concern for their health or for the burden they supposedly place on our healthcare system, does little to solve the real problem, which is systemic and multifaceted.

In much the same way, hating super-thin models for being thin, calling them “skinny bitches” or blaming individual women for setting unrealistic standards, is to scapegoat those women for a complex systemic problem. Even Kate Moss, with her “nothing tastes as good as skinny feels” motto, would never have become Kate Moss, supermodel, had designers back in the early 1990s not decided that they wanted to hire a waifish, vulnerable-looking young woman to sell their clothes. In a highly competitive industry, being skinny, sometimes dangerously so, is a resume necessity. And, as Scully notes, when models stop being (or appearing to be) prepubescent girls, they are “discarded as though they’re meat.”

While it’s tempting to scoff at the idea that models, with their huge paychecks and glamorous parties and the way that men stare at them when they walk into a room, deserve our concern and sympathy, it’s clear from Scully’s descriptions that there is a power imbalance in the fashion industry. I’d argue that we, the mere mortal women who look at models and often feel inadequate, are negatively impacted by the systemic problems of the fashion industry. But I’d also argue that the models whose livelihoods depend on their achieving a dangerous ideal are just as deeply affected by those systemic problems, and sometimes more so.

Luckily, the power to change that system is in our hands. If you don’t think that the fashion industry should be allowed to make your life, or the lives of models, miserable, then don’t buy from designers who only hire dangerously thin models. If you want a world where models, like women, come in all shapes and sizes, buy magazines that use a diverse range of models. If you’re frustrated by trying to fit into clothes made by labels that willfully ignore the reality that most women aren’t shaped like teenaged boys, take your business elsewhere. Fashion, though some consider it an art form, is also a business that heeds the market. We may not be model-thin or incredibly gorgeous, but we, the mere mortals, are the market.