Everything Else is Just Making a Living 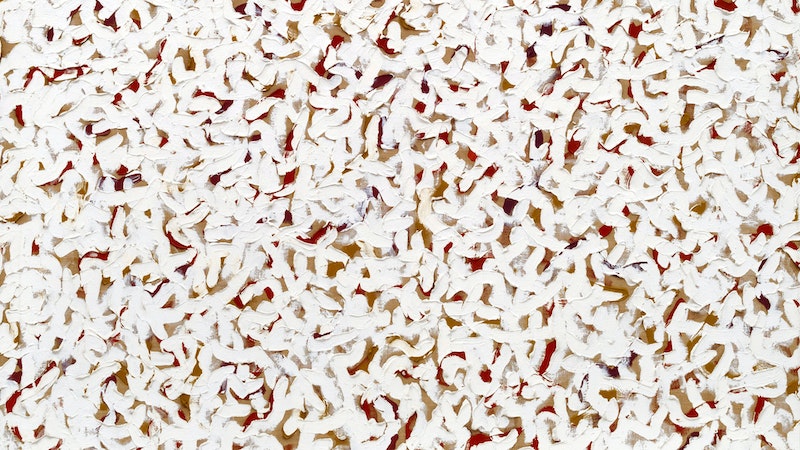 Robert Ryman: When I begin, I’m never quite sure what the result is going to be.

Denzel Washington: Doesn't that line cover a lot of territory?

Ryman: You can’t get away from that. But what’s also important is the wow, too.

Washington: Exactly. I love it. It brings me joy.

Ryman: It just happened that way. Then, I reversed it; then, you had the shiny enamel.

Washington: I was alone, I was listening to Janet Jackson on my Walkman, and I was like, "Wow, I'm in Africa. What a life." [snaps his fingers] Everything else is just making a living.

Ryman: No, never. No. They’re essentially the same.

Washington: Nothing changed. We met, but then we saw each other again at a party a year later.

Ryman: But that’s up to that person. You can look at clouds and see faces in the clouds, that kind of thing.

Washington: I sneaked into his dressing room and looked at his props and his rings while he was meeting people.

Ryman: I would pick one or two out of the three and destroy the third one.

Washington: Even the energy of other people in a room can impact the way we see things.

Ryman: Sometimes the space is considered, and sometimes it isn’t. It has to be on the wall, in a situation. It’s a translucent surface.

Washington: I was reminded of that while we were filming in the backwoods of Louisiana. Everyone was coming out of the woodwork to see the show.

Ryman: That’s not really there; it’s just the imagination of the viewer.