Guillaume Lehoux, drugged out spiders, and a pearl necklace (yes, that kind... sort of). 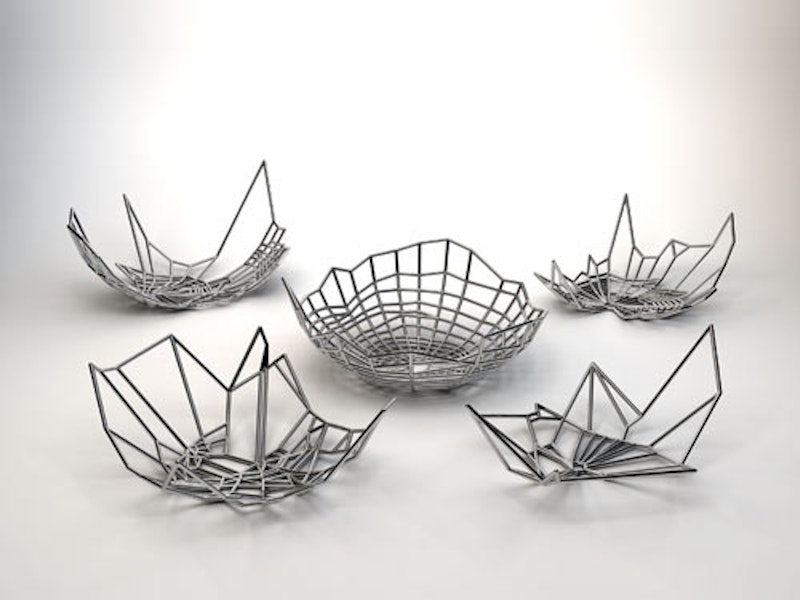 I think it can be argued that all art comes from biology. Many of our inventions, and the things that they’ve subsequently inspired, have their roots in plant and animal formations and functions, or are determined by the physical properties of natural materials themselves. We’re just left to extrapolate how the heck nature holds itself together and try to use these principles to our advantage. Nature is, in almost all cases, completely functional and practical. We could stand to learn a lot, and it’s exciting that we’re finally trying to re-integrate ourselves into natural processes rather than trying to conquer them.

I enjoy when art takes these natural, practical forms and subverts them into ornamental objects. There aren’t a lot of ornamental objects in nature that don’t also serve a purpose, and I’m not about to go framing any male nipples for my living room decor.

The neatest, most recent example of this is Guillaume Lehoux’s SOD, or “Spiders on Drugs” Project. In 1995, NASA administered different chemicals to spiders to ascertain how they’d affect each arachnid’s web building patterns, as spiders demonstrate some of the most visual evidence of an organized animal brain. Each substance caused the spiders’ webs to form differently, and the mathematical structures of these unusual webs were compared to a standard, control web to correlate the toxicity of each substance. Ultimately, the web patterns looked pretty neat, and were a stunning example of science subverting nature in order to understand it better. We learn more from failure than success.

The experiment, like every experiment, was controversial, but Lehoux captured the essence of these forms that science created by fabricating a series of “retaining objects.” They’re not exactly bowls—since the forms that the spiders created are impractical, the objects extrapolated from them are also a bit impractical, but still really beautiful. How practical is art, anyhow?

On the other side of this is art created by a biologically impractical human act. Leah Piepgras' “Pearl Necklace” is probably exactly what you think it is, if you’ve spent enough time on the Internet:

...[an] amorphous cast silver shape on a chain that is actually an accurate representation of semen. It is a visual marker of chaos turned perfection through an act of beauty and lust. Pearl Necklace is a reminder of a fleeting moment of pleasure.

This might not be obvious, were it not for the presentation of the object itself on the artist’s website: a reclined female, mouth open and in a bed. Its presence begs the question—if worn in public, how many people would be sexually aware or experienced (or wonderfully perverse) enough to really grasp its meaning? Is it “inappropriate” if it’s obscure enough that the only people who get it probably won’t be offended by it?

And what exactly are you advertising by wearing this?

“Pearl Necklace” is another great example of nature being tricked into doing things it’s not really designed to do. If nature were to function perfectly and practically at all times, we’d never even see what semen looks like. It would go from Point A to Point V without ever seeing the light of day. I imagine that the process of collecting suitable samples to form an “accurate representation” was incredibly fun.