An aging writer is bothered -- lividly, actually -- about the supposed coarse behavior of the humans he's forced to encounter. 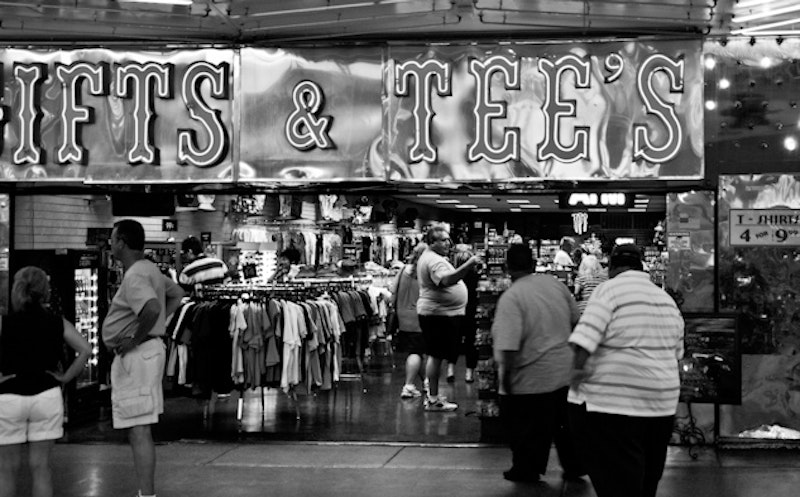 Last week an acclaimed author and essayist took to his magazine’s pages to trash his fellow citizens for their “insolent, militant and triumphant” vulgarity, a modern condition that has rendered him utterly despondent. The 61-year-old Theodore Dalrymple, a retired prison doctor and psychiatrist, wrote, under the headline “Common people”: “Vulgarity has its place as a counterweight to pretension, of course, but as a ruling national characteristic it is charmless, stupid and without virtue.”

The presumably uncommon Dalrymple was returning home from a trip abroad and commented that the rabble accompanying him on the flight were “grossly fat and hideously appareled” and certainly the “ugliest people in the world… Their facial expressions, their gait, their speech, their laughter, their very gestures are crude.” One might assume that Dalrymple was speaking of Americans—for isn’t the United States the most hated country in the world?—but no, his admonition was directed at the general population of England. Rather a harsh verdict, in my view, for it’s no longer 1950, but it led me to wonder exactly what might be considered vulgar behavior in the United States.

1.    Dalrymple apparently has a serious phobia about people who are overweight, particularly women who “bare their pudgy midriffs, with a tattooed lizard or butterfly for individuality.” Gong. Why the author gets a burr up his backside about the girth of others is beyond me, and really, hasn’t the tut-tut ship on tattoos sailed long ago? Tats are so commonplace today as to be entirely irrelevant, in the same category as whether a person is wearing loose-fitting or tight blue jeans. Not my style, but certainly far from vulgar; in fact, I might get the hairy eyeball from the retired shrink for wearing turtleneck shirts nearly every day in the winter.

2.    I do think that the advent of “casual Fridays” in the early 1990s did lead to some unfortunate consequences. I’m guilty as well, having shorn my daily attire of a suit, tie and cuff links for what might loosely be described as “preppy” gear, meaning corduroys and heavy cardigan sweaters. I do draw the line, however, at the lack of respect many people show when attending church or funerals. Not long ago I was at a memorial service for a lifelong family friend, dressed in an appropriately sober suit, and was dismayed to find that the deceased’s sons, and their children, were wearing t-shirts and flip-flops, as if they were at a barbecue. I think that falls into the “vulgar” category.

3.    Dalrymple is put off, to distraction, about women’s various pierced this or that (he apparently hasn’t caught on, in the 21st century, that this is a non-gender choice), and describes such wanton harlots with potato-chip snarfing, gum-smacking cretins. Gong. I do agree with him that it’s a bit odd for parents to adorn their pre-teen children with such accessories, and have never figured out why anyone would wear a nose ring—not on aesthetic grounds, but for the inconvenience when felled by a flu or cold—but this falls into live and let live in my book.

4.    There’s no question today that the service sector of public life has slipped several notches from a generation ago. I appreciate that it must be terribly boring to stand for a long shift at a convenience store or high-volume retail outlet, but that’s no excuse for bad manners. At one time, upon making a purchase you’d say “thank you” and receive a “you’re welcome” in return. That’s largely gone the way of “The customer’s always right.” Last summer, after ordering a burger at a joint near Manhattan’s Penn Station, I said “thanks” and the young woman rolled her eyes and sarcastically directed a thumbs-up close to my face. Vulgar.

5.    I happen to believe that gabbing on a cell or texting while driving—more so than motoring while plastered—is incredibly dangerous and offenders ought to be fined or given points on their license if apprehended by a cop. Doesn’t fall into the vulgar column though, at least not compared to those simpletons who are addicted to reality shows and savor every morsel of gossip about celebrities. On the other hand, a few nights ago, while out for dinner at a tony bistro, a teenager at the adjacent table was ignoring her family’s conversation, so engrossed with whatever nonsense showed up on her iPad. Vulgar.

The list of lapses in manners is too long to continue on, as is the number of snoots like Dalrymple who simply can’t abide the cultural changes that occur during one’s lifetime. I ask you this: What do you label as “vulgar” in today’s society, whether it’s the United States, England, India, Canada or whatever country you hail from?