The end of retro culture and the ascendance of my generation 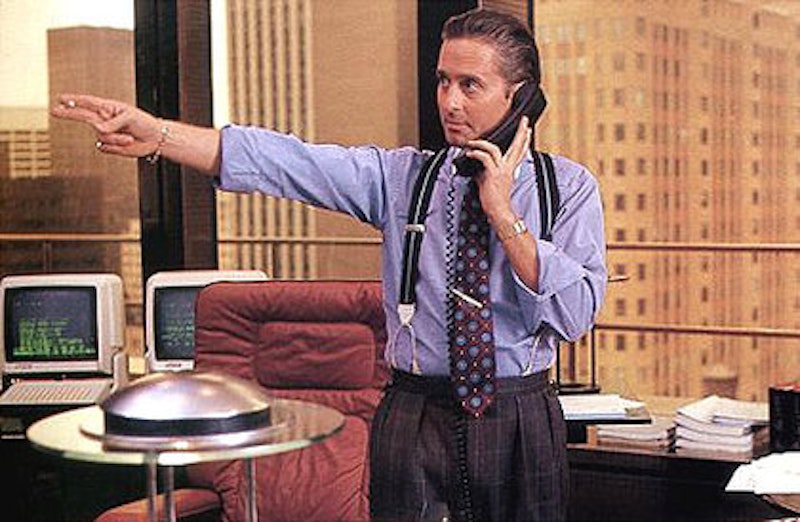 After leading a relatively full life, the 1980s died in New York this past week. They were 28. They are survived by a generation of lost children tired of their parents’ imposed dreams and memories, searching for an identity of their own. The passing also signified an official end to the 1950s and most likely ruined the rest of filmmaker Robert Zemeckis’ career. Zemeckis is integral here. Zemeckis, you see, was keyed in to the American mindset spanning two decades, dealing with a thematic motif that is now as dead as the 1980s themselves.

It is admittedly a touch bewildering to think of Zemeckis films as leading cultural barometers during the 1980s and 1990s, but his sweet saccharine carried some serious weight. He directed two decade-defining films with 1985’s Back to the Future and 1994’s Forrest Gump. Aside from their success, the films initially appear quite dissimilar, but they share an important quality that is inextricable from their success: both capitalized on the prevalent nostalgia of their respective decades.

In the 1980s, this meant an obsession with the 1950s. John Hughes constructed an alternate suburban universe that relied heavily on a mid-century décor of white picket fences, friendly neighbors, and good-hearted, trouble-making youth. The idealization of this simpler time reveals itself in the retropop of Huey Lewis and in the world of Wonder Years, a show set in the late 1960s yet somehow looks exactly like the 50s world of Leave it to Beaver. There’s no doubt this imagery loomed over pop culture consumption; why, look no further than Back to the Future II. Set in the future instead of the 50s, the sequel grossed only half of the original’s $210 million box office returns.

This nostalgia is a bit unusual considering the 1980s were probably the most stable decade this country has seen. Confidence in a beloved conservative president was sky high. Communism was buckling, preparing to tumble. The culture wars of the previous two decades had faded into Greed is Good, Leave Me Alone, and Why Should I Help You—a reprieve, however destructive, from the intense divisions. There were no real wars. We were just a little old superpower, saving the day. Sure, we had a drug problem and our cities were falling apart, but we didn’t have to look because we all lived miles away.

Yet, mainstream culture—especially teen tastes—made a beeline for seemingly simpler childhoods. Their parents had the same problems, after all: an all-powerful home with no real enemy, a stable conservative president, a stable economy, massive exodus to the suburbs. Those 80s kids just wanted to see how they got to where they were, and how their parents dealt with the boredom, with the guilt of skipping out on their neighbors and their taxes. These parents were, after all, survivors of tough times—of real turbulence in the 60s and 70s.

I feel so sorry for Generation X. They grew up without a unifying enemy. They grew up constantly criticized as a do-nothing care-nothing generation. They started the Internet boom but would eventually lose out to the young upstarts from the next generation, the Googles and Facebooks of the world. They truly are The Lost Generation, sandwiched between the crisis of Nixon and the crisis of today. Now, my generation is the second-born prodigal son, the boy-king who snatched the crown of influence directly from his parents, bypassing the first-born’s rule entirely. We are fighting the War on Terror. We are innovators in tech and energy and media.

Poor Gen-Xers. Instead of rebelling like their parents in the 60s, they could only emulate the culture, paralyzed by their own prosperity. Like their parents’ decade, theirs began with a young, charismatic Democrat assuming the presidency in the wake of conservative rule. Then, the 60s made a comeback. Zemeckis did it again, with his stirring romp through memory lane, Forrest Gump. It was as if the chaos of the 60s was preferable to the boring stability of the 90s.

The do-nothing care-nothing kids had nothing to do or care about. Things were simple and good. Woodstock came back corporatized, but people still flocked to it. The 60s, a silly show about the decade, entered the airwaves. Bell bottom jeans came back. Everyone I know dressed up as a hippie for Halloween in 1996—and I was 10 at the time. Tie-dye was popular. Those cursed Xers didn’t even get to choose which decade to get nostalgic about, their parents made the choice for them. But why SHOULD they get to choose, right? It’s as if they didn’t do anything to deserve it.

Disaster defines us. Name a disaster, a real-life-where-were-you-when-it-happened disaster that happened in the 1980s and 1990s. I’ll wait. No wars. No attacks. No presidents removed from office. The closest things are the Iran Contra scandal and the Challenger explosion. Maybe the brief Desert Storm? These things had very little real effect on the national fabric, and even lesser effect on the generations to follow. Yet, my great-grandkids are going to be asking what it was like to live through 9/11 and what living through a war was like.

Slowly, in the wake of that news-consuming event, the 60s faded out, while the 80s faded in. Bon Jovi launched its comeback in 2000. By 2004, you could hear “Livin’ on a Prayer” at every college house party and sporting event across the country. Movies like Napoleon Dynamite capitalized on a vaguely-80s pastiche, with glamour shots and "When In Rome" playing at the prom. Journey started selling out its concerts again, filled not just with wistful thirtysomethings, but with local high school kids who owned their greatest hits. Miami Vice and Teenage Mutant Ninja Turtles got remakes.

This escapism was escapism of necessity. We looked not to our parents’ childhood, but to our own. We peered into a past of perceived peace, prosperity, and respect abroad. We remembered watching TMNT as kids. U2 made a comeback, and it sounded so familiar, like their 80s tapes played to us by our babysitters. It was a reprieve from the ever-increasing fear: global warming, hurricanes all the damn time, war, economic collapse, terrorism.

But we knew this wouldn’t last. The 80s began to fade after only a few years of prominence. And last week, a beautiful symbol of the 1980s collapsed. Lehman Brothers, the star of Michael Lewis’ 80s memoir Liar’s Poker, and its investment banking brothers—memorialized in Wall Street and Bonfire of the Vanities—crashed and burned in the past couple weeks. The romance of the 80s is officially spent.