A Meeting With Kerouac 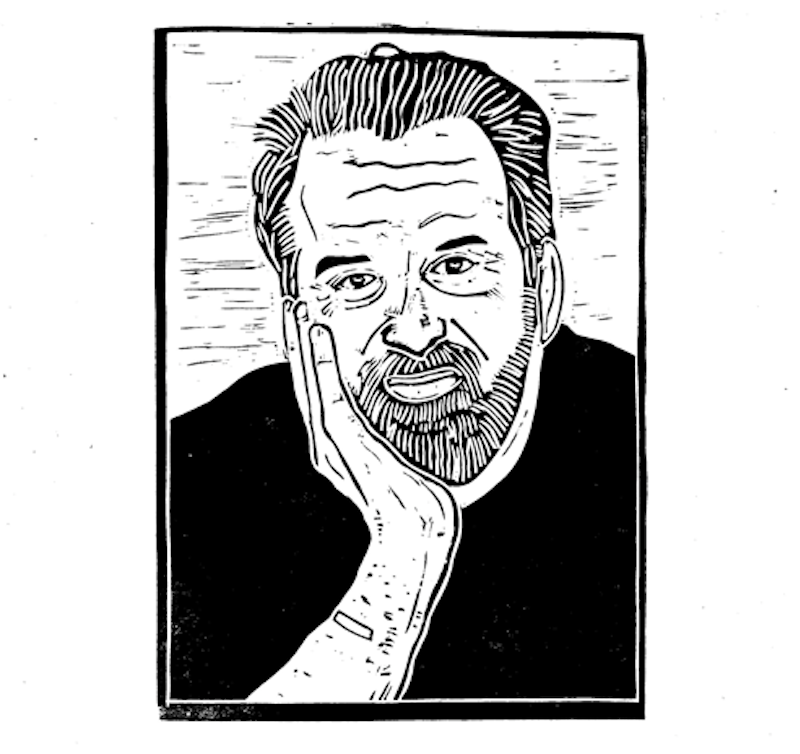 Aram Saroyan is a renowned poet, novelist, playwright and biographer. His father was legendary author William Saroyan and his stepfather was actor Walter Matthau.

Saroyan came of age in the 1960s and his early writing was heavily influenced by the Beat Generation. He met the beat triumvirate of Jack Kerouac, Allen Ginsberg and William Burroughs; his book Genesis Angels chronicles the life of beat poet Lew Welch. Saroyan's philosophy of writing owes much to the beat exhortations of "First Thought Best Thought" and "Candor Ends Paranoia."

In 1967, Saroyan and a friend, poet Ted Berrigan, traveled to Lowell, Massachusetts to interview Kerouac at his home. It was a few months before the summer of love and people were always showing up at the house to see the author of On The Road. Kerouac’s wife Stella was the gatekeeper and she tried to shoo Saroyan and Berrigan away. After they insisted they’d come to interview Kerouac for The Paris Review, she finally let the men into the house.

By this time, Kerouac was a "bull-like ruin." Sitting in the darkened living room, Berrigan gave Kerouac a handful of Orbitrols (which Kerouac called “forked clarinets”). Saroyan and Berrigan listened as Kerouac reminisced about his days with Neal Cassady riding around the country “free as a bee… We had more fun than five thousand Socony Gasoline Station attendants.”

Kerouac expressed his admiration for Aram’s father, William Saroyan. “I loved him as a teenager, he really got me out of the nineteenth-century rut I was trying to study, not only with his funny tone but also with his neat Armenian poetic.”

Kerouac played piano for the poets and then composed a spontaneous haiku:

with big leaf on its back

Kerouac admitted he’d lost his zest for writing. “Frankly I do feel that my mind is going… I can’t write that fast anymore. Writing The Subterraneans in three nights was a fantastic athletic feat as well as mental, you shoulda seen me after I was done. I was pale as a sheet and had lost fifteen pounds and looked strange in the mirror… Now I really hate to write. I get no fun out of it.”

Kerouac riffed on the origins of Buddhism and the impact of Zen on his writing. “When a man spit at the Buddha, the Buddha replied, ‘Since I can’t have your abuse you may have it back.’” Saroyan asked Kerouac the difference between Buddha and Jesus.  Kerouac said, “That’s a very good question. There is none.”

As their meeting came to a close, Kerouac began reciting his own poem "Mexico City Blues." He asked Saroyan to repeat the words after him, line by line:

The quivering meat of the elephants of kindness.

When the poem was complete, Kerouac rewarded Saroyan by saying, "You'll do, Saroyan." This was the equivalent of a literary knighting.