Or does it make more philanthropic and financial sense to buy the AP? Either way, someone needs to bail out print media. 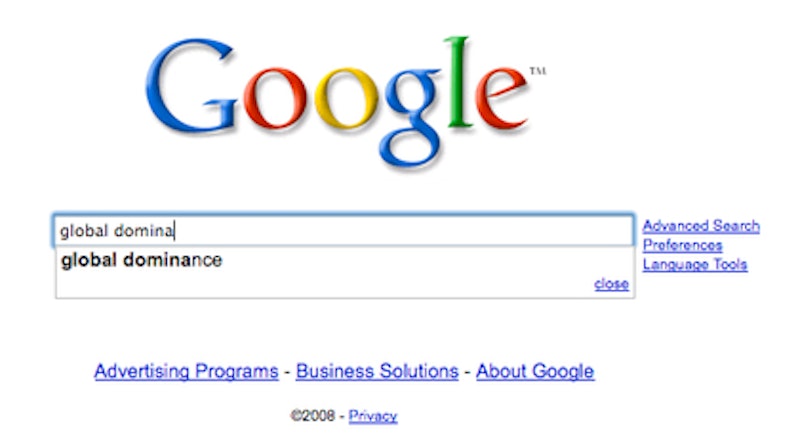 On The New York Times’ book blog Paper Cuts, Barry Gewen recently reviewed One Thousand Languages: Living, Endangered, and Lost. We learn that of the 6900 spoken languages, 69 percent of the world speaks four of them. Just as species of animals reach the end of the line, so do languages—more often than not it is not a matter natural selection or choice. Gewen writes:

When a small population gives up its language voluntarily (as opposed to compulsorily), it does so to become part of a larger or more powerful community. To preserve such peoples, we’d have to isolate them or maintain their languages through some other artificial, even coercive, means.

The point is not lost when applied to the very real dismantling of paper media. The Tribune Co.—piloted by Sam Zell and owner of The Chicago Tribune, The Los Angeles Times and The Baltimore Sun, among others—is on the verge of collapse. The New York Times, the media world’s onetime bastion, is frantically circling the wagons as it borrows against its own assets to protect its brand new building. As the paper seeks to cut loose dead weight, it’s finding that brand amputation costs more in the short run than the former assets are currently worth. The paper has declined 70 per cent in value over the past five years. It’s a grim situation. (I wonder how many New Yorkers see the Times’ stake in the Boston Red Sox as the metaphysical culprit…) Media pundits have been singing print’s swan song for years now. And that song is blaring as America’s storied dailies, weeklies and magazines shudder to a halt, one fiscal quarter at a time. The business models cannot support the medium, as the Internet has so deftly shown—and expedited.

It seems newspapers were just starting to jam their homepages with dozens of blogs, just starting to “get” the whole Web thing. It seems we were just starting to feel out some sort of reconciliation between the “just the facts,” hard-line old media with the loose, first-person new. But as theoretical and invigorating as that debate was and is, it’s largely irrelevant. Newspapers as we know them have failed.

Pulitzer Administrator Sig Gissler told Editor and Publisher that journalism’s top prizes are now open to many “text-based newspapers and news organizations that publish only on the Internet” in an effort to “keep up with the changing media landscape.” It might be that in 20 years time Pulitzers will only be given to online outlets.

But if the money, the audiences, and the prize committees are moving online, there still remain the newspapers and their reporters. There still remain the beats, the institutional knowledge and the print world’s existing infrastructures of information. No business model can be found to support Baghdad bureaus and years-long investigative reporting. Yet the Sulzbergers, who have owned the Times for more than a century, do not want to sell their paper. It is a point of fact they’re devoted to their paper and see it as the high-water mark of journalism—and it is their duty to protect it.

A new favorite recipe for salvation that’s kicked around the blogosphere involves none other than Google. The Times has an estimated price tag of $3 to $4 billion. (Rupert Murdoch paid $5 billion for Dow Jones, The Wall Street Journal’s parent company.) A fistful of billions, even in this economy, might not be too big of a dent in Google’s bottom line and, it’s argued, the ends would soon pay back the means. The anonymous blogger at Dear John Thain divided his pro-acquisition reasons into four points: it would give Google an even more highly integrated advertising model; if Google distributes the Times, it takes in the paper’s ad revenue while also moving the medium away from dead trees; the Times’ push to personalize content couldn’t be better supported by Google; the Times’ product—the news—is priceless, and it would benefit Google and the rest of us if it stayed available.

All valid points, but none that take into account the irrationality of immovable human devotion. The Sulzbergers don’t want to sell their paper. But John Ellis, from Real Clear Markets, sees the Google acquisition as perhaps the only defense against Rupert Murdoch:
[Murdoch] did not buy Dow Jones because of its growth potential. It’s a crowded market, to say the least. He did not buy Dow Jones because he sees limitless growth opportunities in financial news and business information. It’s a crowded field. He intends to use The Wall Street Journal as a precision-targeted weapon. And the target he has locked onto is The New York Times.
The Times Co. simply doesn’t have the pockets to match Murdoch. How righteous will the Sulzbergers feel if they watch their beloved paper choke to death. As a family business, will they attempt to nobly go down with the ship? The Times isn’t privately owned, and it’s very possible outside shareholders would attempt a hostile takeover of some kind—of any kind—in order to at least earn a few bucks selling the daily to a random business magnet.

The thought of Google buying the Times is a giddy one: the search giant’s unofficial motto is “don’t be evil,” and what could be less evil than saving the world’s greatest news outlet—journalism itself, if you’re the emotional type—from bankruptcy? Google’s product is access to any and all information. If an information hub like the Times dies off, what happens to Google’s product?

In June, Google CEO Eric Schmidt said there is a “moral imperative” in saving news media. Betsy Schiffman wrote in Wired, “we’d venture to guess there’s a financial once, too.” Schiffman argued that Google should buy the Associated Press instead. The AP is co-op of some 1500 daily newspapers across the world. Head to head, which is more valuable? To the public? To Google or AOL or Microsoft?

The language of newspapers is dying off, replaced by blogs and videos and the ever-churning Web—Gewen's "large and more powerful community." Whether news media evolve voluntarily or not remains to be seen.