An Ohio state legislator wants women to obtain written permission from the father before having the procedure done. 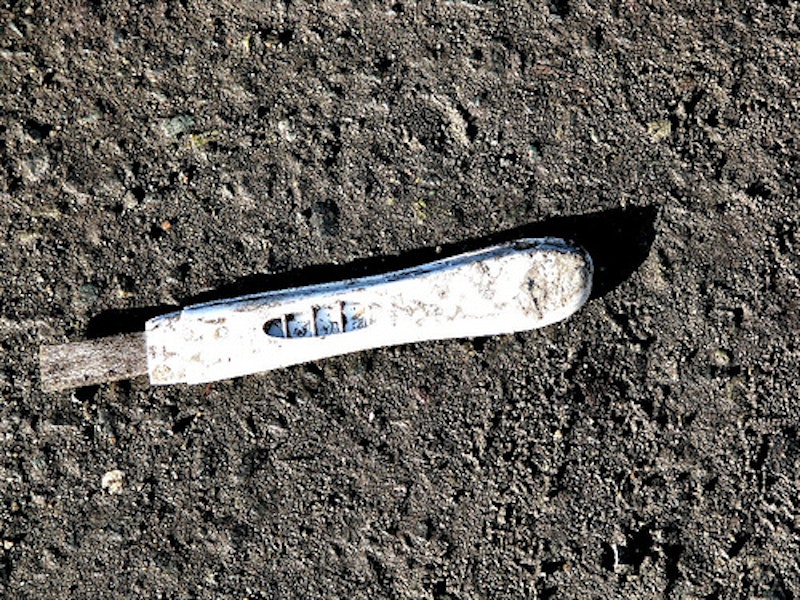 Last week, Ohio state representative John Adams (R) introduced a bill that would require women seeking abortions to present written permission from the father of the baby before the procedure could be performed. Now you can get out of pregnancy in the same way that you used to get out of P.E. class.

One of the brick walls against which pro-choice and anti-abortion advocates often find themselves running up against is the question of who is the most important stakeholder in the abortion debate. When a woman becomes unexpectedly pregnant, whose needs are most important? Hers? The baby’s? The father’s? Society’s?

In this situation, anti-abortion advocates say, a woman has to think about the needs of the new life that has been created. Her own needs—financial, emotional or otherwise—should take a backseat so that she can give the new life inside her a chance to blossom. Pro-choicers, on the other hand, often reject the premise that the fetus is a life, and therefore reject the idea that a woman’s needs should be subjugated to those of the fetus. Besides, they argue, even if the fetus is a life, the mother is already fully formed human, with a mind and a soul, and with needs and rights of her own.

I don’t think that abortion is a decision to be taken lightly. However, there is no doubt in my mind as to whose decision it should be. And this proposed law is an example of pure, unadulterated sexism.

It’s one thing to ask a woman to consider the needs of the new life she helped to create, and to compel her to put aside her own needs for the next nine months so that this new life might be allowed to thrive. It is quite another to use legislation to forcibly wrest the decision from her hands entirely, and to give final say to the biological father of the baby. Men know best, ladies, so stop worrying your pretty little heads about silly things like your emotional preparedness or your undergraduate education. Just wait quietly over there while the men will decide what to do.

The Ohio bill is extreme, and its passage seems unlikely. But, like anyone who’s been watching abortion politics and abortion legislation over the last few years, I’m not particularly surprised by it. After all, when it comes to abortion, male legislators have been making women ask for their permission for years. Until now, it’s been in the form of mandatory ultrasounds, 24-hour waiting periods, bans on partial-birth abortion, and parental notification and parental consent laws. These are all hoops women have had to jump through, permission slips we’ve had to get signed. It was only a matter of time before some bright legislator decided to give individual men the right to do what male legislators have been doing for years.

I’m of the opinion that if a man and a woman have a relationship that is more than purely sexual and the woman finds herself unexpectedly pregnant, the man’s wishes should be considered. After all, in this situation a woman is likely to turn to friends, family and other loved ones for support and guidance, so there’s a good chance she’ll at least ask the biological father what his wishes are. If a man is in a relationship with a woman, he deserves to at least be consulted on the question of abortion. Whether or not a woman acts on what he tells her is entirely her decision. But a one-night stand doesn’t fall into the category of “friends, family and other loved ones.” As such, in the case of a one-night stand, the father has no business wielding final say over the reproductive future of a near-total stranger, just as the mother has no business demanding child support payments if she decides to keep the baby.

And what about one-night stands, you ask? How does Rep. Adams propose to put this law into action in the case of multiple possible fathers? According to Think Progress, “in the case where the father isn’t known, House Bill 252 would compel the woman to provide a list of names of people who may be the father in an effort to determine paternity.”

At first glance, this measure seems designed to make sure that as many men as possible are allowed more decision-making power over a pregnant woman’s body than the woman herself. Seems harmless enough, right? But really, it’s about shaming women for having multiple sexual partners. Which Ohio women really don’t need: they already get that from their state's abstinence-only sex “education” curriculum.

Finally, the Ohio bill is problematic because it trivializes abortion. In recent months, anti-abortion advocates and pro-choice advocates have been working to find some common ground on which they can work together to reduce the number of abortions that are performed in America. The reason that both sides want to reduce that number is because both sides understand that the decision to have an abortion is a deeply personal one, a choice to which we cannot do justice with a simple permission slip. It’s a decision that must be made at the complex and confusing intersection of a woman’s values, religion and culture. It’s a decision that must take into account her needs and her feelings, her plans and her goals. And it’s a decision that needs to be honored and trusted by the men in her life—the ones she sleeps with and the ones she votes for.