Where Have All of Maryland’s Millionaires Gone?

They haven't moved out of the state, but are just licking their wounds. 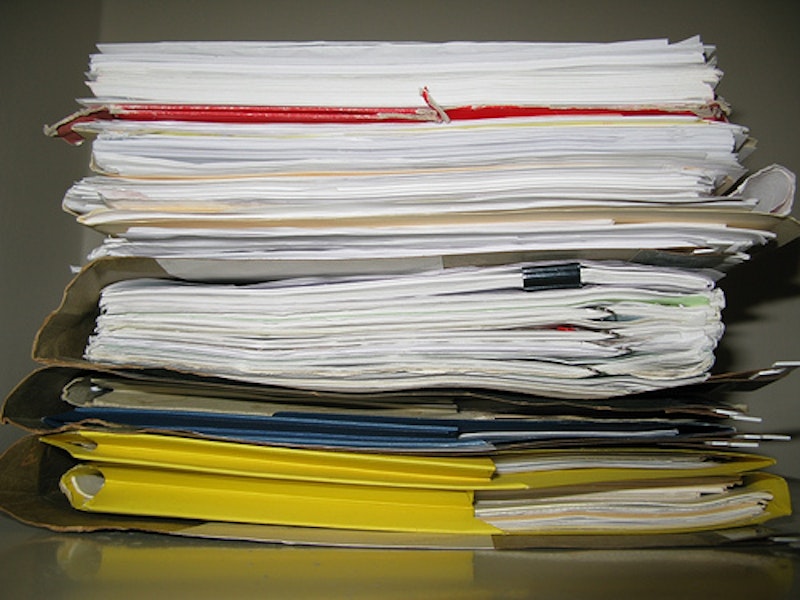 To hear the pencilnecks tell it and politicians exploit it, Maryland may be running out of millionaires. This is statistical analysis and not real bank account stuff, because in the wonderful world of money it's easy to be up one day and down the next-on paper, at least. Either that or the cash is stashed in Bolivian tin mine futures. After all, it costs money to be rich.

With a U.S. Tax Code that is 6,000 pages thick and contains more than five million words, the law has more angles and loopholes than a textbook on advanced calculus. And therein may lie Maryland's problem: Maryland is one of 45 states with income tax laws tied directly to the federal tax code, which means that whatever tax dodges and breaks lower federal taxes also reduce the amount paid in Maryland. But the way the state comptroller's office sees it, Maryland is down 30 percent in its constituency of millionaires, the lowest tax-form count in four years. And truth be told, nobody really knows what to make of the dearth of worth.

Wealth is difficult to quantify and so are millionaires in today's workaday world of investors and 401(k) wealth. Wealth does not necessarily show up on tax returns, nor is it always in the form of income. That was the point of the recent book, The Millionaire Next Door. Tax-exempt bonds, for example, are taxed at the federal level but are tax exempt at the state level. And there's no way for the state to know if a person (or married couple) has a stash of, say, 10,000 shares of Apple, Inc. stock until it is sold. Similarly, the tax bill isn't due on a 401(k) until it's time to cash out. And for good measure, the federal alternative minimum tax could also perversely devalue the state's tax collection on a given return of a closet millionaire.

The first and most simplistic conclusion by the anti-tax banshees is that millionaires are abandoning the state in droves because of Maryland's punishing tax laws. Millionaires were bumped up to a 6.25 percent income tax bracket in 2007 to offset the repeal of an unpopular tax on computer services. The surtax on millionaires expires in 2010. Following that breadcrumb trail, they'd surely stick around to uncork the Dom Perignon and celebrate the occasion, if it actually comes to pass. People who have money generally don't move because of tax hikes. They have property or businesses or relationships in a fixed location and as a rule they stay put. A millionaire's fortune can be in assets and not income and therefore will not show up on a tax return.

It's an article of faith among the anti-tax crowd that cutting taxes stimulates economic growth. They're full of it. There are three recent studies-one by the Congressional Budget Office and two by the Center on Budget and Policy Priorities-chock full of graphs, charts and squiggles that dispute and demolish the loopy notion that cutting taxes will get the nation and the state out of the hole and reinvigorate the economy. It simply isn't so. In fact, the opposite is true.

President George W. Bush cut taxes dramatically in 2001 and 2003, which were designed to stimulate economic growth. From 2001 to 2007, the U.S. economy showed the weakest growth of any comparable period since Word War II, despite the cuts, according to the CBPP study. The CBO study stated that, "Legislation enacted since 2001 added about $3 trillion to deficits between 2001 and 2007, with nearly half of this deterioration in the budget due to tax cuts."

Maryland taxes might be high but they're not out of line. Compared with the other 49 states, Maryland's total tax burden is somewhere in the middle of the pack. The Tax Foundation, a conservative think tank, ranks Maryland's overall tax burden as fourth highest in the nation. But the breakdowns sort of belie that number. The top income tax rate of 6.25 percent is the 20th highest in the nation; the sales tax is 43rd highest; the gas tax is 26th; and the combined state and local property tax, which everybody grumps about, is 26th highest in the nation. Averaged out, even the "teabaggers" would have to admit that's not much of a reason for millionaires to flee Maryland.

Not too long ago, Maryland was ranked as the wealthiest state in the nation with the largest collection of millionaires in the nation after New Jersey, the bedroom state to many of New York's Wall Street robber barons and even the parvenu Lou Dobbs (who collected an $8 million buyout to shut him up and out at CNN). Even the state's decapitated governor, Jon Corzine, was a multi-millionaire refugee from Goldman Sachs who spent $63 million of his own money on a losing campaign for reelection.

So now Maryland is supposedly down from 7,067 millionaires in 2007 to 4,910 currently living among us, and that's out of 2.5 million filed tax returns. Maybe the missing millionaires didn't make that much money last year. So where are they? It's probably safe to say that many of Maryland's millionaires are in Montgomery County, where many of the K Street lobbyists and Washington's media celebrities actually live, a characteristic Maryland shares with Northern Virginia. But hey, novelist Tom Clancy just bought a $12.5 million condo at the Ritz-Carlton in Baltimore's Inner Harbor. Muffin man John Paterakis practically owns a city within a city at Harbor East. And attorney Peter G. Angelos can plant his flag and stake a claim to his share of real estate, too.

Talbot County on the Eastern Shore used to be a weekend hangout for out-of-state millionaires who parked their yachts at local basins and headed off to their wooded estates for weekend romps. Now Talbot County is host to the Bush Administration's warlords, Dick Cheney and Donald Rumsfeld-certainly two millionaires by dint of their government service-who have neighboring estates for weekend get-togethers after stirring things up on workdays in Washington.

And if anybody's bothered to add up the wealth in Mitchellville, in Prince George's County, it's not on Google or the comptroller's website. Mitchellville, for those who don't know, is the wealthiest black enclave in America and home to much of Maryland's black bourgeoisie and their million-dollar estates.

The tax-form count on millionaires might be down in the tax collector's office, but there are those in Maryland who're becoming millionaires everyday, one way or another, but who do it mainly out of sight. And the comptroller won't find them until they cash in and the tax bill is due.