What's The Deal With Those Blog Things?

Old-media types who decry the new medium's supposed immaturity are missing the point. 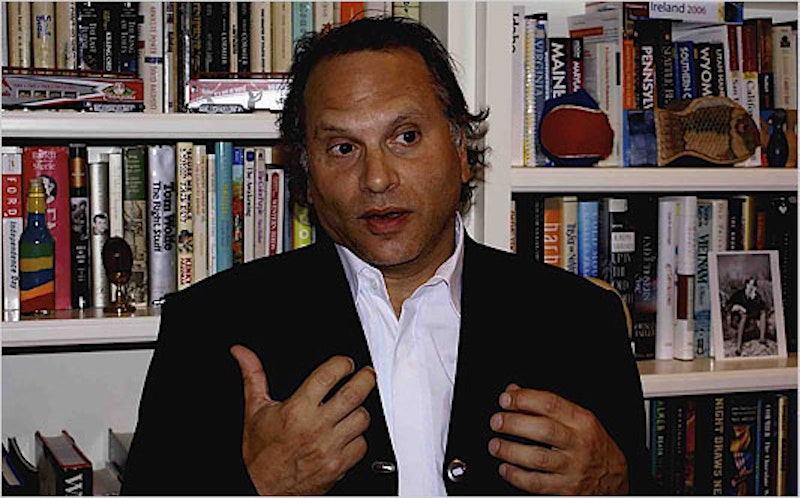 Buzz Bissinger is the Hezbollah of the Battle Over Blogs conflict. He is a proxy for the conservative elements of the mainstream media—especially sports media—that have demeaned and lashed out at blogs, leaving the taste of a pseudo-generational-war in one’s mouth.

Here’s the problem with talking about blogging: the discussion takes place between two camps of people, bloggers and people that don’t get (or fear) blogs. I have yet to come across a defense of blogs written by someone that is not a blogger. This makes sense, I suppose, as bloggers (and their detractors, especially in the media) have not only the most at stake but also the outlet to publicly weigh in on the issue. In fact, I don’t know if I would have even thought about tackling this subject because I’m not a blogger.

But the last few weeks, I grew increasingly frustrated while listening to Bill Simmons—whose podcasts I really like—delve into the subject of blogs and the media. Simmons is one of the most innovative sports writers in the past decade (probably longer than that), so I was disappointed to hear his thoughts about blogging, most vividly discussed in the recent podcasts with Rick Reilly, Le Anne Schreiber, and Chuck Klosterman. His crux is that blogs, which he says he doesn’t really read, don’t generate their own content but piggyback on others’ celebrity for page views. This is someone who always talks about the power of the Internet, started his writing career more or less on the Internet, and creates content primarily for the Internet.

Compared to Bissinger (or Reilly, for that matter) the criticism is light, but it betrays the dividing line between the first generation to dip into the Internet from a mainstream journalism perspective and the first generation to come up entirely as bloggers. Sticking with sports, if you look at some of the elite bloggers—for example, Deadspin, Everyday Should be Saturday, or MGoBlog—they are the first breed of pure blogger, thus they have had the most time to stake their claim and hone their craft. Few are younger than their mid-20s or older than their mid-30s, a step below Simmons’ age of 36.

This age divide is a much bigger chasm than it would appear. Those few years that separate Simmons from someone like Will Leitch are the difference between blog fluency and blog foreign-ness. As gifted as bloggers are when it comes to discussing their craft or even self-critiquing and examining the ethical concerns surrounding the relatively new field, they forget to put blogging in the context of its most important population: the consumer. This is how the separation manifests itself, as the older generations—not all people older than 34, but in blogging critics, very few of whom are younger—do not seem to understand the space blogs and blogging occupy in the eyes of devoted readers.

If you listen to critics like Bissinger or Reilly, the purpose of a blog is not dissimilar from beauty parlor; it is a place for negative-Nellies to gather malicious lies and rumors, repackage them as fact, and ship them out to an unsuspecting world. Look, the Internet is by no means made up exclusively of angels and honesty, and there are plenty of people who may as well be posting “Scarlett Johansson nude sex tape” in an attempt to get page views. I mean, Gawker is practically required to do it.

What some people fail to grasp is that the Internet is not an exercise in rumor-spreading anonymity but a place where your name, even if it’s not your real name, becomes your brand. I trust Brian Cook of MGoBlog. When it comes to things like injury reports, transfer rumors, and position battles, I trust the sources that Cook has accrued over the years. He’s been proven correct time and again, and when he hasn’t, he has provided fair explanations as to why.

Here’s the thing: if Brian Cook fucks up more than a few times, he will have lost his credibility. Commenters will shred him to bits, other blogs will rip him, and he will be downgraded from “more believable than virtually any mainstream publication” to “don’t really read anymore because he’s way too unreliable.” Because he has built this reputation, though, he is able to go out on a limb when need be and allow his track record to speak for itself.

Some, like Simmons, have argued that there is no accountability with blogs, but I would argue that it’s the ultimate accountability. If someone like Jayson Blair gets exposed, The New York Times can truck onward, leaning on its strength as an institution. If Blair were a blogger, though, an entire enterprise would have been erased rather than just a few retractions and a sad letter from the editor.

What blogging has done is provide niches for information consumers. Deadspin’s site traffic, said to be second-highest among sports blogs, will never compare to the number of page views that the hegemonic ESPN.com gets. They provide different services even if Deadspin sometimes drifts into journalism. Likewise, ESPN may be the trusted news source, but can they break down the difference between Georgia white trash and Florida white trash in a single glorious paragraph like Everyday Should Be Saturday? I think Rick Reilly just had a massive coronary thinking about it.

The beauty of blogs, the thing that so many in the mainstream media fail to understand (as highlighted by ESPN.com’s lame attempt to repackage links and clichéd articles as a “blog” is their ability to hone in on a niche. I am a Michigan hockey fanatic. There is no place for reliable mainstream hockey team news outside of the school newspaper, The Michigan Daily, which does a great job talking to players, coaches, etc., but doesn’t really have the space to devote to massive breakdowns and opponent profiles like the hockey blog of record, The Blog That Yost Built. Before, there was an empty space, now there is credible, in-depth analysis from Yost that I can supplement with reporting from the Daily and MGoBlog. I use sports as my examples, but the level of detail in reporting and analysis has increased in all fields, whether local dining or the hilarious shit people left in the university computer lab’s printers.

Yes, this takes some getting used to, as you have to decide for yourself which news sources to believe, which to make you laugh, which to break things down in analysis, but it isn’t all that different than the newspaper industry 100 years ago. Daily papers flooded cities and yellow journalism ran wild. People had to choose on their own which papers brought forth proper news and which brought the best entertainment. No one accuses The National Enquirer of cheapening newspapers today.

All news and entertainment has its place in societal discourse, and targeting blogs is unfair. I suppose calling this phenomenon a generational “war” tips the hyperbolic scale pretty heavily. It’s really more of a generational misunderstanding, and sometimes I think the conversation gets so emotional and so caught up in the nuts and bolts of the process that we miss out on the realities of what a blog is. It’s not a journalism killer, it’s not the savior of all media; it’s just something else that gives us a bigger picture of the world around us, for better and for worse.