The Peanut Gallery, Now in the Dugout

Some 33 Tea Party-backed congressional candidates are going to win their respective elections. 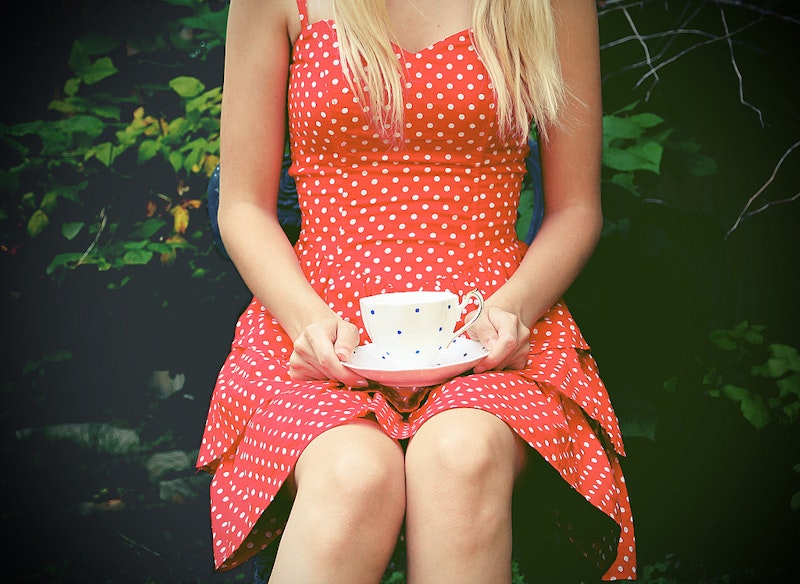 Have Republicans suddenly gone crazy or have they always been a little bit nuts? Probably a touch of both, which is not to say that the Democrats haven’t had their loopy interludes, too. But for sheer defiance and send-‘em-a-message politics, the Tea Party phenomenon has its taproot in the counter-culture upheaval of the 1960s and the GOP wing-nuts’ continued attempt to repudiate the social changes of the civil rights and anti-Vietnam War era.

In the early comic stages of the Tea Party aberration, it was an easy oversimplification to define its three-cornered hat participants as loonies and kooks in the same way it was a half century ago to describe John Birch Society members as “little old ladies in tennis shoes.” But now that big money has reared its ugly but righteously American head, it’s as clear as three fingers of vodka that the Tea Party is what it was always suspected to be—the elemental wing of the Republican party, a cohort of conservatives, evangelicals, Southern fundamentalists, strict Constitutionalists, birthers, creationists, homophobes, bigots and opportunists, all fueled by lobbyists and billionaire oligarchs who want to control the political process to their benefit and profit.

The Tea Party, which is a loose confederation of cells across the country with no visible single national leader, is generally opposed to big government and government spending except for the programs they support—Social Security, Medicare and national defense, which make up 75 percent of the federal budget. The remaining 25 percent funds all other government activity.
And the mainstream Republican Party is terrified of the avenging army of marchers. They have the Republican National Committee paralyzed, and its chairman, Michael Steele, virtually under house arrest while Karl Rove, the former White House minister of influence, assumes the role of national GOP spokesman and principal underwriter of the party’s man-on-the-street movement and the wack-a-do candidates they’ve chosen to wear the Republican epaulets. The sweetheart and sorority sister of the movement is, of course, Sarah Palin. And the megaphone for both is Fox News. There, evangelism, history and politics intersect to become the gospel according to the lachrymose Glenn Beck.

An academic eminence observed in The New York Times a few days ago that such a departure from sanity would never have occurred prior to the 1960s when political bosses and elitists sorted out the nutcakes and Fruit Loops in favor of proven political loyalists. To push the thought a step further, political bosses were also primarily interested in winning elections and not in irrational causes and ideological purity.

Without the Darwinian natural selection process and the internal discipline normally provided by the political party structure, a tiny wedge of the Republican Party has captured control of the choices and some GOP apparatchiks are now openly supporting Democrats over outcast Republican nominees. Another problem for the GOP is that the Congressional Republican party is a vastly different organization than the Republican National Committee. The leadership of the two rarely talks and apparently never meets.

To the apparent delight of Democrats and the restrained horror of Capitol Hill Republicans, the GOP might get just what it’s wishing for, a few more seats to keep company with Rep. Michelle Bachman (R-MN) and Sen. Jim DeMint (R-SC) in the broom closet down the hall. Committee seats and other Congressional perks will not tame this elemental crowd. The force of nature within the electorate screams to replace anybody old with anybody new. There are at least 33 Tea Party-backed House candidates who are favored to win. Here is a sampling of candidates the Tea Party has supported and nominated.

In Delaware, Republican Christine O’Donnell tripped up the party favorite by winning the GOP Senate nomination with fewer than 30,000 votes in a low-turnout primary. She now trails Democrat Chris Coons by 19 points in some polls, and even Rove initially said she’s unqualified to serve in the Senate. She also claimed that there are genetically altered infestations of mice with human brains and she favors teaching creationism in schools. During her lone debate with Coons, she was unable to comment coherently on a single Supreme Court decision. She has, nonetheless, raised $4 million. Palin has endorsed O’Donnell.

In Nevada, Sharron Angle, a fundamentalist state legislator, is giving Senate Majority Leader Harry Reid a fit. But most observers say her debate with Reid last week was not decisive. He’s barely ahead or behind by only a couple of points, depending on the poll of the moment. Angle has raised $14 million in three months. She is opposed to, well, virtually everything—health care, Social Security, same-sex marriage, abortion even in cases of rape or incest, requiring health care coverage of mammograms and colonoscopies and the separation of church and state. Angle favors abolishing the Department of Education, the IRS, U.S. withdrawal from the United Nations and the arming of civilian militias. She has been criticized for her association with Scientology. And she has been endorsed by The Tea Party Express, Club for Growth, the Eagle Forum and Joe the Plumber.

Ditto Joe Miller, the surprise Republican Senate nominee in Alaska, who defeated GOP Sen. Lisa Murkowski, who thought she was such a shoo-in for reelection that she didn’t bother to campaign. Murkowski’s now back in the race as a write-in candidate. Like Angle, Miller, a Yale Law School graduate, considers himself a rugged frontiersman and is opposed to virtually anything that smacks of modernity. He is especially determined to eliminate anything in government or American life that is not, literally, spelled out in the Constitution. That puts him in the company of Angle. Miller was supported strongly by Palin in a local political feud with Murkowski’s father, Palin’s predecessor as governor of Alaska.

Rand Paul, son of Rep. Ron Paul (R-TX), is another Tea Partier who upended the Republican establishment in Kentucky by defeating the candidate supported by Senate Minority Leader Mitch McConnell (R-KY). Paul got himself into trouble soon after his nomination by making racially-charged statements, including his preference for repealing the Civil Rights Act. He is a serial homophobe and has repeatedly called for the dismantling of the Department of Education. Paul is an ophthalmologist whose medical pedigree has been questioned.

Behold the Democratic stronghold of Northwest Ohio’s Ninth Congressional District, where Republican businessman Rich Iott has made an indelible statement. Iott, a member of the National Republican Congressional Committee’s “Young Guns” program, participated in a Nazi reenactment group, appearing and photographed in full Nazi regalia, devoted to an actual Waffen SS division. Iott described the occasion as a “father-son bonding thing” which he says he quit after his son lost interest. Iott has little chance of winning the seat occupied by Rep. Marcy Kaptur (D), according to the Cook Report, but Republicans are red-faced over the incident nonetheless.

But the crudest of the new breed of conservative Republicans just might be Carl Paladino, a Buffalo developer who’s running for governor of New York against Attorney General Andrew Cuomo, son of former Gov. Mario Cuomo. Paladino has managed to offend just about everyone with his off-the-wall observations about Cuomo’s marital fidelity and about Gay Rights parades, which he denounced before a group of Hasidic Jews, who had written the remarks for him but which he apparently neglected to preview. After Paladino apologized to the gay community, the Hasidic Jews revoked their endorsement. Paladino is pro-life, opposed to same-sex marriage and favors “school choice.” He would cut the state budget by 10-20 percent, cut Medicaid by 30 percent and cut welfare benefits. He favors term limits for elected officials.

That’s just a capsule view of what Congress and at least one state house might resemble if the Tea Party asserts itself on Election Day. Underwriting the entire effort is hundreds of millions of dollars in advertising and contributions. More than $220 million has been spent by outside sources on advertising alone during this election cycle, the first since the U.S. Supreme Court ruled that corporations, such as General Electric or Exxon, for example, are individuals like any one of us and can contribute unlimited amounts of money for advertising.

H.L. Mencken observed, “Democracy is giving the people what they want and most of the time they deserve it.” The same could be said for the Republican Party.