Unfortunately, sometimes the symbols of the presidency are more important than the office itself. 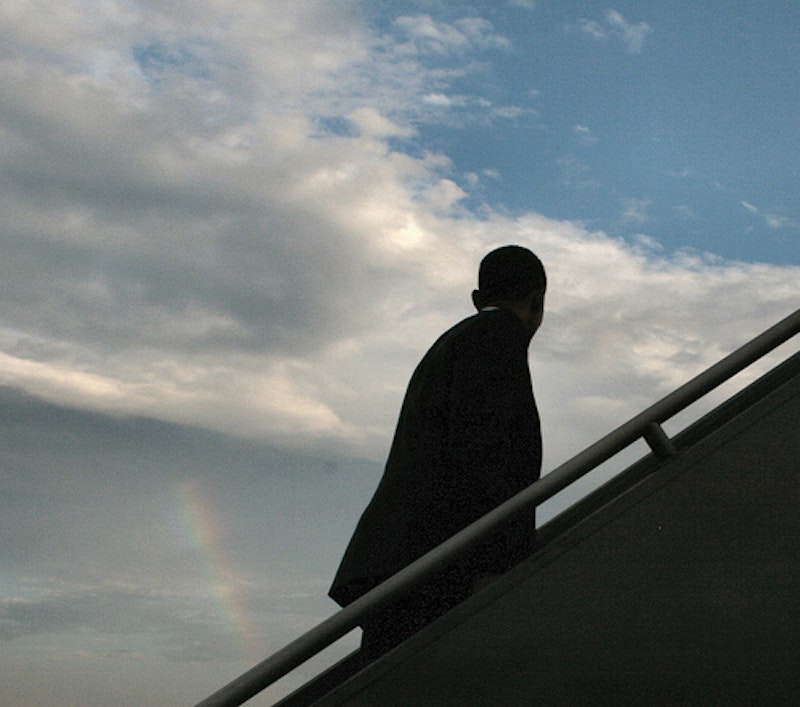 There are times when a president should think and act like a mayor. The BP oil gusher in the Gulf of Mexico and the accompanying devastation is one such occasion. It is a teachable moment, a phrase that Barack Obama occasionally invokes, similar to last winter’s snow storms that introduced Baltimore’s Stephanie Rawlings-Blake in a hell of a hurry to life as a big city mayor.

A mayor’s job is the elected office that’s closest to the people. A mayor feels constituents’ pain—every shooting, every drug deal gone sour, every pothole, snowfall and pile of trash. It’s their job to deal with the flotsam and jetsam of urban life in the raw of feel the wrath of the voters. Rawlings-Blake has learned it. Martin O’Malley understood it. William Donald Schaefer lived it.

Mayors deal with all manner of calamities, man-made as well as acts of nature: Hurricanes, floods, road collapses, fires, water main breaks and even oil spills and other things that go wrong in the night.

The public office that is most removed from the people is that of U.S. senator. There, an occasional vote is considered heavy lifting, and while its effects can be far-reaching, the vote, with few exceptions, rarely translates down to the precincts. But with the close focus of cable TV and talk radio, the protective cover of anonymity is slowly being peeled away and accountability is the watchword of contemporary politics.

The U.S. Senate was Obama’s classroom in national politics. And he brought the lessons of the Senate with him to the White House. For what other reason would he stand back for eight weeks and allow BP to call the shots on an environmental disaster the likes of which America has never before witnessed.

This in itself is surprising. At one time, as a young lawyer, Obama made a meager but rewarding living as a community organizer in Chicago, where the precincts and neighborhoods are as rough-and-tumble and as deadly as any in the nation. You’d have thought that such experiences would serve him well in the White House where empathy should rank high on the charts along with imagery.

Politics is a form-follows-function kind of business. The symbols of the presidency are often more important than the office itself. In the opaque world of politics and power, reality is in the eye of the beholder. Thus, the perception becomes the reality and what actually happens in the White House is less important than what appears on TV news.

America has been transfixed for eight weeks by what is happening in the Gulf of Mexico and the environmental and economic disaster that’s about to befall several coastal states. Obama has explained that he allowed BP to take charge of sealing the runaway well because it has superior technology that the government lacks. BP turned on its television camera for the season’s top-rated show of tons of gunk and golf balls being blown into a pipe, a diamond-tipped saw blade that broke, robotic shears and a madhatter cap that didn’t suppress the wellhead.

It turned out that BP’s technology wasn’t superior but the government’s enforcement and monitoring policies were still inferior. There was no backup plan because this had never happened on such a scale before. The body count is building at the Department of Interior’s Minerals Management Service, where many irregularities as well as laxities have been uncovered. The coziness between government and the oil business complex has been exposed for the revolving door that it is.

A big city mayor would have been knee-deep in tarballs and goopy sand on the Louisiana shoreline, smudged with oil and helping to scrub greased waterfowl with liquid detergent. But Obama isn’t a touchy-feely kind of guy who emotes in public or puts on any display of empathy or emotion of any degree that anyone has witnessed. The Louisiana crisis cries out for the laying on of hands.

It was Marshall McLuhan who, despite his other media misfires, introduced a novel concept to modern political theater: “Instant reaction means instant involvement.” Translated: Get involved immediately and you’ll own the story and the favorable publicity that flows from it.

America is a symbol-minded nation. What the Gulf crisis and the American public cried out for was a White House presence or immediate involvement of any kind that it could relate to. When a crisis of this magnitude occurs, throw everything at it that’s available—people, equipment, supplies, money. Obama has at his command the largest and most modern navy in the world. A few ships on the horizon, within view of the TV cameras, would have established a presence in the Gulf and a declaration of concern for the region, if for no other reason than to be there if help is needed.

More important is the rank of the people who are dispatched to the scene of the disaster. Many voters, for good or ill, do not equate homeland security or interior secretaries or even a four-star Coast Guard admiral, with the White House, though they are. Such dramatic crises demand a recognizable name wearing the chevrons of the White House, say Chief of Staff Rahm Emanuel, shy of the president himself, to appear on the scene and take command of the activity.

But Obama, seven weeks after his first visit, finally decided to take flight to Louisiana before detouring to Chicago for a Memorial Day vacation, a visit that he replicated last week, no doubt realizing his costly mistake of lack of involvement. Trip number three was designed as once more, with feeling, almost as if someone in the White House had read a self-help manual on how to relate to people and events. Yet no matter how hard the man tries, Obama has great difficulty conveying passion or empathy. Even the White House press corps lately has been questioning whether Obama has functioning glands. He has dispatched the U.S. attorney general, Eric Holder, to Louisiana to launch what could lead to a criminal investigation of BP. But that may be too little, too late. At the rate it’s gushing oil and spending money on trying to contain the disaster, BP might be broke and in bankruptcy.

To give Obama a break, the world is unraveling around him, mainly through no fault of his own: There are wars in Iraq and Afghanistan; the world economy is teetering; Israel is once again displaying belligerence over the Gaza blockade; North Korea is asserting itself against South Korea; two rogue nations are on the cusp of having nuclear arsenals; the American electorate is in one of its cyclical and unforgiving moods; and now the Gulf of Mexico oil bed has sprung a mighty leak.

In times of crisis, the president must become the nation’s mayor. All of the other stuff is remote and distant compared to the potential suffering that Gulf coastal states are facing in a uniquely American disaster. This is not the time for lofty television speeches or cogito, ergo sum governance. It’s a time for a little feeling and action. As Emanuel likes to say, “Never waste a crisis.” The Obama White House just did.