Republican-sponsored class animosity teaches poor people to disdain the very essentials of societal improvement, and turns poverty in to a buzzword that can be ignored after election cycles. 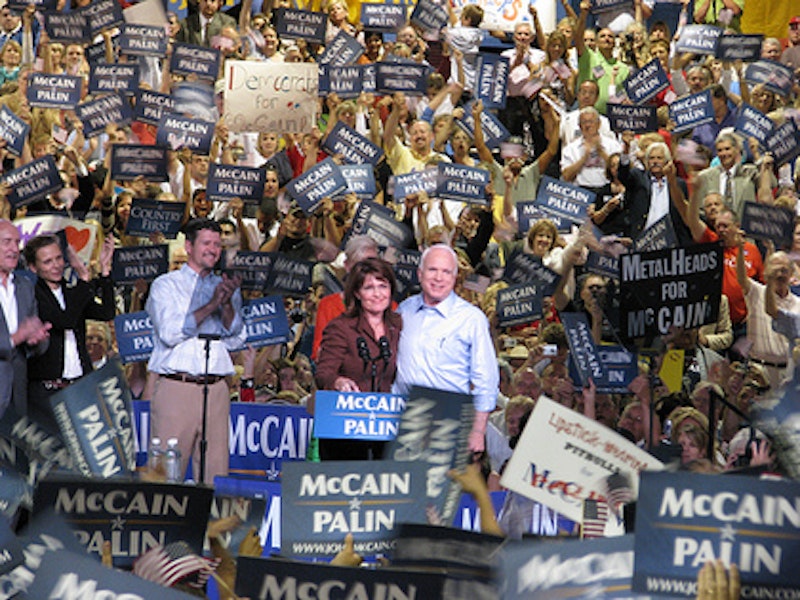 His name was Tyler* and he lived with his mother at the end of our cul-de-sac in a pale green house the color of seasickness. They had a dog named Andy, a white German Shepherd so big you’d nearly wet yourself with fear when you saw him from a distance, but up close he was always smiling and flapping his giant tail through the air like he just might lift off and fly. He was like a guard dog with a lobotomy. That was why they’d gotten him, to guard the house, though there wasn’t much to guard aside from six rooms littered with garbage and empty beer cans, a supply of firecrackers big enough to blow the Alamo off its foundation and a liquor cabinet stocked so full you’d think they were running the Silver Bullet Bar out of their own living room.

His mother was a raging drunk with a bad attitude and a quick temper. You could hear her screaming at Tyler from four houses down in the middle of the night, liquor bottles shattering against the plaster walls. The sound was sharp and startling against the gentle hum of crickets and the occasional lost truck whipping around the dirt-paved circle, trying to get the hell out of our neighborhood as quickly as possible.

The next morning we’d see Tyler at the school bus stop, his eyes purple and swollen, his neck and shoulders bruised. He’d claim he’d gotten in a fight with the gas store clerk while trying to hold up the place. The clerk wanted to be a hero and had started something with him, but not to worry, he’d tell us, because he got away with quite a stash. Then he’d reach into his deep pockets and pull out packs of Skittles and Kit-Kat Bars and we’d get excited because, hey, it was free candy and it made us think that maybe he was telling the truth, even though we knew his mom had spent the whole night beating on him.

Some mornings he’d be there, standing out in the dewy air with us waiting for the bus. But other mornings he wasn’t and wouldn’t be for nearly a week and we’d start to worry that he had died somehow. Maybe one of those firecrackers sputtered in the wrong direction and blew a hole through the side of his head. Or maybe the drunk had hit him too hard this time and he was lying somewhere in that house, atop a pile of garbage, bleeding from his ears and slowly dying. He’d always show up a week later, though, talking about how he’d skipped town for a few days and went up to stay with some girl named Sissy in New Braunfels. Or it would end up that he had camped out next to the river for a while, sleeping in the mud and burning live frogs.

My family lived in Texas for seven years during my childhood, four of them in a town called Seguin. We moved there because my dad is a college professor and was offered a job at a local university. Some of the happiest and most memorable years of my life were spent in Texas, but even though I look back on that time fondly, I’ve never considered myself a Texan. Not while living there, not now looking back, not ever.

The thing about Texas is that no matter how assimilated you become, if you aren’t from Texas, you’ll always be a bit of an outsider. The major cities are different, with more people coming and going, but in the smaller towns, minor differences are magnified and it’s quite obvious who lives in Texas but isn't Texan. For my family, it was my mother's Italian appearance, the fact that my dad read books about philosophy and communication during halftime at our soccer games, that we had two Buddhist statues in our backyard. It was our inability to fully adopt the appropriate drawl, my brother’s refusal to play football, my sister’s short, pixie-style haircut. It was that none of us listened to country music.

There’s been a lot of talk lately about elitism: comparisons of intellectual, liberal “elites” to “regular” folk, the former demonized and the latter glorified. By Republican standards, my family was elitist. We weren’t wealthy by any means, but we approached state fairs and rodeos the way one might approach bush life: like an ethnographic study. We shook our heads at the idea of hunting, or carrying concealed handguns. To this day, we all think about life in Seguin as a valuable, but rather bizarre experience. I don’t regret that I got to spend my teenage years in coffee shops in Ann Arbor instead of hanging out in the parking lot of a McDonald’s, sitting on the hood of some guy’s car—which is what I did most nights when I went back to visit one summer in high school.

This rhetoric about elitists versus regular people really troubles me, though. Not because I feel offended that people might consider me elitist, but because the language is too general and thus dangerous. Too many people can fit beneath the umbrella of a term like regular and get lost in the crowd. When Republicans say regular people, they mean people who live in towns like Seguin. But while Seguin had residents like Tyler and families that lived without working plumbing, children who were sent home from school with lice, smart kids that gave up studying and joined local gangs, it was also home to people like Mr. S*, the founder of a steel business who lived three doors down from my house. His property was marked by a bamboo wall. He passed out rolls of coins instead of candy on Halloween. Once, when a tornado sent a huge tree crashing down across the only road that led to our neighborhood, he made one phone call and the tree was gone in less than an hour.

When you clump all these people together under one title, it’s the men and women who are more like Mr. S than like Tyler that come to represent “regular.” The word becomes a synonym for all small town folk with “real” American values. The image grows increasingly desirable and the full reality of life in places like Seguin is lost. If you hold up “regular” people as a shining beacon of light against the dark, selfish world of intellectual elitism, what happens to the Tylers of our nation? What is the incentive to fight against the kind of poverty that remains mostly hidden from our everyday lives? If intellectualism and academia are increasingly viewed as negative pursuits, we diminish the importance of reforming this country’s education system and move further away from achieving equal access to quality education for all of our nation’s citizens.

Being elitist is by no means desirable, but education and self-betterment are worthwhile pursuits. The academics and community organizers whose accomplishments and hard work Republicans are so willing to belittle are the very people working to improve the lives of those Republicans claim to support. You know, “regular” people, like Tyler. The kind of people Republicans will glorify during a campaign to secure votes, but later, after the election is won, will ignore entirely, content to just let them sleep in the mud, burning live frogs.


*Names have been changed.