The Cost of Doing Business

It keeps getting higher and higher in politics. 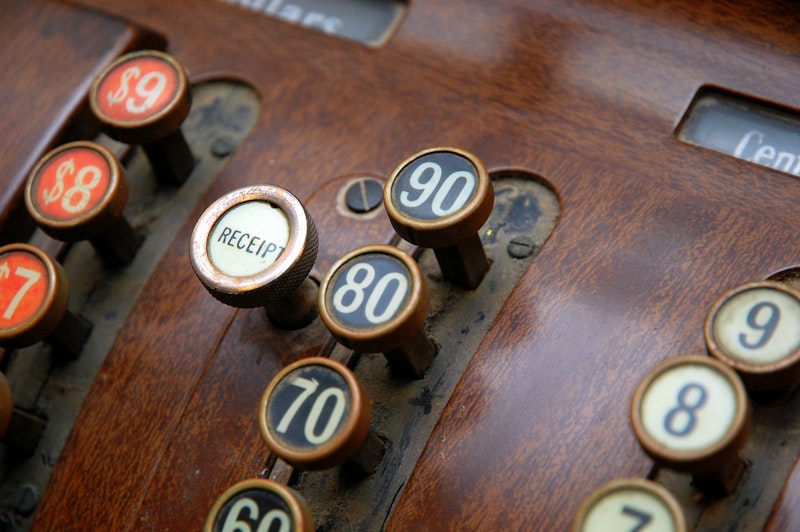 The three building blocks of any successful political campaign are: money, media and organization. It’s possible to win with any two as long as one of them is money. In politics, as in many endeavors, fundraising is a form of autobiography. How much money a candidate can raise says what he does and how well the public thinks he does it.

Money follows winners in kind of a begat formula. The more money a candidate raises, the more people who flock to his candidacy, who line up volunteers, who, in turn, help raise more money, which makes the candidate appear even stronger, and on, and on, and on. Money buys media, media delivers the message, and the message enlists volunteers and voters, which, in turn, produces money in an endless roundelay of cause and effect.

Organization wins primary elections no matter how much a candidate blathers about issues. Organizing the vote and getting it out on Election Day is the key. Primaries are intra-party affairs that settle family feuds. And general elections are won on issues and personality and such ineffable traits as likeability, all delivered wholesale by the media, packaged and unpackaged.

In fact, in the best-selling book Freakonomics, the authors argue that likeability is a more important ingredient than money in winning elections, Likeability helps, but it’s doubtful it’s more persuasive than the $70 million that Michael Bloomberg and Jon Corzine each spent to become mayor of New York and governor of New Jersey a couple of election cycles ago, as the authors contend. Nor does likeability explain the millions out of pocket that Republicans Meg Whitman and Carly Fiorina are spending to become governor and senator from California.

And don’t forget the time-honored tribute of walk-around money. Remember, it was reinstated about eight years ago, after being outlawed for a time, as the coin of the realm on the Maryland political circuit. (*It is worth an asterisk here to note that the assignment of “community relations” in the Ehrlich campaign has fallen to Julius Hensen, the bully-boy of Baltimore politics. This usually involves either suppressing the vote or the distribution of walk-around money or stay-at-home money, as the case may be, or a combination of any two.)

That said, the first campaign finance reports are posted, and it appears that election year 2010 will be a very good year for political consultants and the electronic media. They are, after all, the principal beneficiaries of all the manic money-grubbing.
Gov. Martin O’Malley (D) and Robert L. Ehrlich Jr. (R), one of five former governors in the nation running for his old job, have matched each other nearly dollar for dollar in fundraising but Ehrlich has outnumbered O’Malley in the body count of contributors. And to turn up the tension another notch, the latest Rasmussen poll, which normally tilts Republican, has the two in a dead-even match-up for the third month in a row, with O’Malley at 45 percent and Ehrlich trailing by a single point at 44. But polling has its shortcomings. Polling is terrific for discerning attitudes and issues, but despite its computerized advances and pin-point techniques, polling cannot detect organization nor can it forecast voter turnout. However, in a tight race such as this appears to be at this point, money can make a significant difference.

O’Malley reported raising $3.3 million over the last eight months, although he was prohibited by law from raising campaign funds during the 90-day General Assembly session. And Ehrlich raised $3.2 million over the same period. O’Malley has $6.7 million available to spend, and Ehrlich has $2.1 million in his bank account. Continuing the numbers game, O’Malley collected his money from 7753 donors and Ehrlich’s campaign money came from 18,371 contributors, according to The Sun. O’Malley’s campaign is crowing about the amount of money raised, and the Ehrlich camp is ballyhooing the number of donors that gave money. But in politics, as in life, choose money every time. Cash is king.

The gambling industry was far more generous to O’Malley than to Ehrlich, according to published reports. The oddity of the imbalance is that Ehrlich’s law firm, North Carolina-based Womble Carlyle Sandridge & Rice, lists “gaming law” among its specialties and represents a large number of gambling interests.

But the bulk of the money is yet to come and probably won’t begin appearing in Maryland until after the Sept. 14 primary when the choices are clear and the polls break open as they usually do when a general election draws closer. O’Malley is vice chairman of the Democratic Governors’ Association, which raises money to help elect Democratic governors. And Ehrlich’s former understudy, Michael S. Steele, is now chairman of the Republican National Committee, which directs millions of dollars into campaigns. Following the money is often a more accurate measure than polls to determine who the favorite is. People and organizations shell out their money to winners.

The entry fee in politics keeps climbing higher and higher. The cost of campaigning has multiplied 10, maybe 20 times over during the past 40 years, mainly because of the increased use and cost of advertising and the fees of political and media consultants. It has jumped from $1.2 million that Gov. Marvin Mandel (D) spent in 1970 to $20 million that Ehrlich raised and spent in 2006 in losing to O’Malley.

Maryland straddles the Baltimore and Washington media markets. The Baltimore market is the nation’s 23d largest, while the Washington market is the eighth largest, and thus dramatically more expensive for those ear-numbing and eye-glazing commercials. Every viewer in Maryland (and even some in Virginia and Delaware) watches one or the other and cable TV produces an abundance of overlap to narrower audiences.

A dramatic example of money run amok occurred in the 2004 presidential campaign. Sen. John Kerry (D-MA) arguably lost the election by one state—Ohio. Yet after his loss, Kerry’s campaign reported an unspent surplus of $15 million. It could be formulated that $15 million spent wisely on targeted media and get-out-the-vote activity might have reversed the results of that election.