The Banality of Yesterday's Elections

VA's up for grabs, NJ's still without dignity, NY-23 proves that conservative populism has its limits, and Bloomberg's not the despot he imagines. Now how about some important topics? 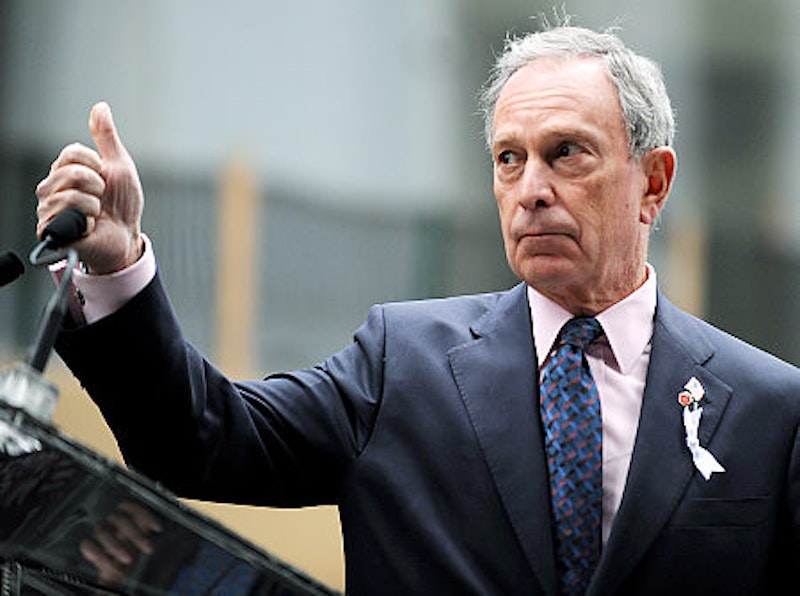 The tealeaves have been drained, and yesterday's scattershot elections have yielded predictable results (though with an unexpected exception). Republicans took the governorships in Virginia and New Jersey, both previously held by Democrats, while Democrat Bill Owens has triumphed over the seemingly unstoppable Conservative Party candidate Doug Hoffman in New York's special election in its 23rd district.

As Senate and House Democrats wrapped up their respective health care packages and retreated behind closed doors, nearly all corners of political discourse swung their collective gaze on these three elections, with "referendum" on the sweaty lips of The National Review and aloof wariness coming from the left. But the results reflect neither a rebuke of the eight-month-old Obama Administration nor are they a reason for congressional Dems to breathe easy.

The Virginia gubernatorial race seemed especially removed from the subject of the sitting president. Republican candidate Bob McDonnell moved hard to the center not just to compensate for a fairly ludicrous master's thesis (a "manifesto," as it was called), but also to acknowledge the reality that the majority of Virginians voted for a Democratic presidential candidate for the first time in over four decades. He cherry-picked Northern Virginian voters by aggressively backing traffic and transportation reform and, quite simply, out-hustled Democratic candidate Creigh Deeds. McDonnell's election—his most recent predecessors are Democrats Tim Kaine and Mark Warner—demonstrates how irrefutably important Virginia has become in terms of national politics. The state's once-blood-red 13 electoral votes—as well its Senate seats and governorships—are going to be up for grabs for a long time.

In New Jersey the nation watched the best of what turnpike politics has to offer. Incumbent Democrat John Corzine battled enormous negative ratings and an increasingly bloody and awful negative campaign (much of his own devising). Republican Chris Christie showed little in the way of nuance or political acumen: he was the last man standing. Perhaps the most important takeaway conclusion is not one of national politics but one of, "What of New Jersey politics?"

If New Jersey brought the funny, the NY-23 special election to fill Republican Rep. John McHugh's seat brought gauntlets, tears and a cloud of dust. Veteran state assemblywoman Dede Scozzafava* is a free-choice, pro-gay marriage Republican at a time when the Republican Party is aching to devour its moderates. Her base of Independent and conservative support was swept out from under her when Dough Hoffman parachuted into the race at the behest of Dick Armey and the D.C. conservative elite, namely Club for Growth (which is more concerned with bitter, ideological battles that end in defeat than anything resembling growth). Within weeks, Hoffman, running as an Independent Conservative, garnered Sarah Palin-like support from a who's-who of Republican ideologues and 2012 hopefuls. He forced Scozzafava out of the race at the end of last week and had the momentum, the 50-foot wave to carry him to victory in a district that has voted Republican for well over a century.

If there is to be any hope for an informed electorate, his loss can be largely attributed to an interview with the Watertown Daily Times editorial board, wherein he was unable to answer questions related to specific issues in the district—questions Armey dismissed as, ahem, "parochial."

In a word, Armey managed to boil down the exceedingly erratic and violent inner workings of the Republican Party. Hoffman was a transparent errand boy for the Sarah Palins, Rush Limbaughs, and Dick Armeys of the right. His elevation flew in the face of the fact that the voters themselves had chosen Scozzafava for eight terms. It is not for nothing that Scozzaflava endorsed Owens after she dropped out—she's probably shaken hands with nearly everyone in the district—and in doing so easily secured herself the chance to run for public office again as either a Democrat or a Republican.

The conservative elite couldn't play chess with NY-23, losing what should have been an easy victory. The Democratic establishment didn't have the muscle to keep John Corzine in office in a historically Democratic state that's also quite close to the stomping grounds of Vice President Biden. Virginia is now solidly in the swing-state column.

What hopefully will draw more water in the coming weeks is New York City's mayoral campaign, where two-term incumbent billionaire Michael Bloomberg took only approximately 51% of the vote in what is most surely a bruise on his overlarge ego. Believe it or not, but this anti-endorsement from Gawker ("His record on housing, like his record on nearly everything having to do with the outer boroughs and poverty and human beings who make less than $100,000 a year, has been a ridiculous disgrace") crystallizes just how problematic Bloomberg's tenure has been. Matthew Yglesias has an interesting take here.

The subsequent spin and hyperbole will fly form all sides, so make haste to the sneeze shield. Let's get back to health care and cap and trade and Afghanistan.

*I originally and erroneously referred to Scozzafava as an "eight-term incumbent."