The color-coded terror alert system is screwing up the way we think about terrorism. 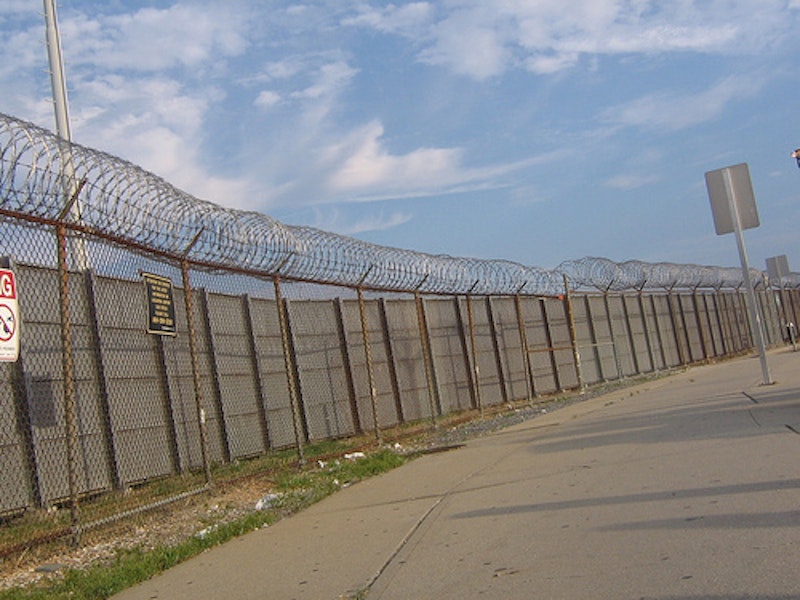 The Waterloo Regional Airport of Waterloo, IA is at a greater risk for a terrorist attack than the Empire State Building, Disney World or the White House. Well, only if you actually believe the United States government. Okay, to be fair, your terror alert warning only rises above the rest of the country the second you step onto the plane for that direct flight to Minneapolis.

Right now, air travel is set on high terror alert, coded orange and just one level from the highest alert, according to the Department of Homeland Security. Over the past few years, I have constantly ferried friends back and forth from the Detroit Metro Airport. During these trips, totaling over at least 50 separate visits spread all throughout the year, the terror level hasn’t budged from high alert. This black and white situation allows no room for subtlety—or honesty—in what should be one of the most frank discourses in our society.

President Obama is no fear monger, and throughout the election he held his anti-fear high ground against the 3 a.m.-phone-calling Hillary Clinton and the Bomb-Bomb-Iran of John McCain. Allowing this silly terror alert system to continue seems contrary to the President’s actions and rhetoric thus far. If the reasoning behind the system is to soothe fear, then telling people that we are one step away from a terror attack at all times hardly seems rational. If the goal is to be honest with the citizens of this country, and there really is a high terror alert with solid intelligence backing it up, then there definitely needs to be some shades of gray in the color coding, as the current system has done little but inure us to terror alerts.

Instead, the Department of Homeland Security, with its fittingly Orwellian nomenclature, feels like just another notch in the Bush belt of anxiety-inducing newspeak. What this country needs is a forthright discussion about terrorist threats. It’s my hope that getting rid of the alert system can spark such a discussion, maybe even one started by our popular, wonky President.

First, we are not Israel. We do not need a universal security state. The threat of a terrorist attack in Jerusalem begins rising only two months after the previous incident. If you don’t classify homegrown crazies with guns as terrorist attacks—though I think we should—that number is a virtual unknown for America because we’ve only had the one serious incident nearly eight years ago. We shouldn’t be wasting resources on creating an apparatus like Israel’s. I don’t need to see armed military guards outside the local mall unless local malls start getting attacked; it’s wasteful. I’ve been in Jerusalem. Actually, I’ve even been in a mall in the suburbs of Jerusalem, and seeing armed forces outside a random, crappy suburban mall does not make you feel safe. The constant presence of soldiers and weapons, while it may be making things safer, brings with it a discomforting chill and reminder of a constant threat—a constant threat which, frankly, doesn’t exist in America on even close to the same scale.

Our airports are filled with TSA agents who increase our necessary travel time, hassle us, take our tax dollars, and, uh, I don’t really know what they do beyond that. Meanwhile, our increased border security has done little other than irritate our friends/neighbors and violate the spirit of NAFTA. I have heard little about any benefits coming with increased borders regulation and stepped-up passport control, but I have heard about its downsides. Our borders are too massive to fully monitor. We should either decide that we are going to devote a debilitating amount of resources to covering every square inch or recognize that there may be other ways to deal with terrorism.

Instead of uselessly squandering the economic and social openness that makes this country vibrant and successful, we should allocate those civil security dollars to other places. I would like to make sure some of that money ends up in our intelligence and police agencies that have proven they can infiltrate and foil a terrorist attack. Also, I’d like to see that money goes to making sure that an actual security presence—not a staged one—exists where it should. My issue with the TSA isn’t that airports should be completely ignored, it’s that a few armed guards could take the place of all the expensive x-rays and people sitting around. If the attack on the Holocaust Museum showed us anything, it’s that a small, armed security presence at a possible threat site can make everyone safer. Major government and cultural buildings should definitely have a guard or two and a metal detector. Treating the problem on a local, micro level allows us to put personnel where they should be, i.e. at the Empire State Building instead of some arbitrary border town in upstate New York.

I’d like to see a huge amount of the resources go not toward preventing an attack but toward dealing with one. Anything we may have learned from 9/11 may be rendered needless if a new attack was executed completely differently. I’m not worried about grounding the planes; I’m worried about getting power plants back on line. I want plans for dealing with contaminated rivers and public transportation systems. Every disaster is different and comes with its own set of issues. It would be nice to see as many hypothetical scenarios planned for as possible, but at the least we can do the more basic things like making sure FEMA will show up on time and have ways of communicating with the nation.