Talk, and Bills, are Cheap

The Maryland legislature discarded some 2,000 bills. This is a good thing. Former Governor Robert L. Ehrlich Jr. (R) is running for the statehouse again, but will hold on to his radio show until he formally declares his candidacy. This is not a good thing. 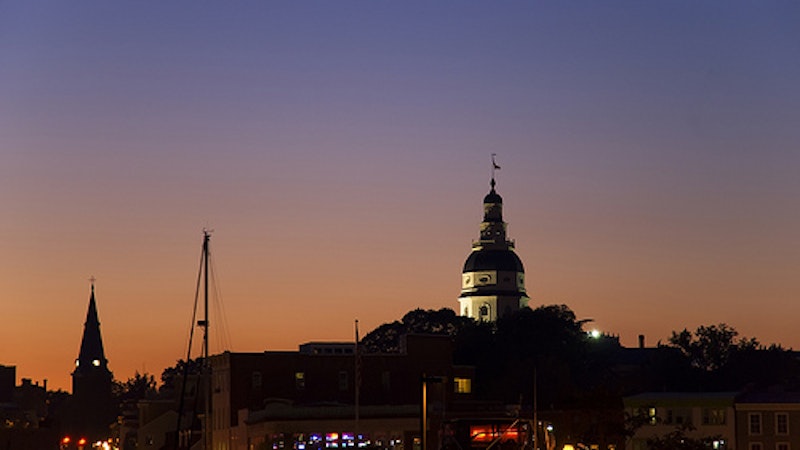 The citizens of Maryland have more than 2,000 reasons to count their blessings. That is the approximate number of bills, give or take a hundred or so, that have died, killed or otherwise consigned to the shredder as the 2010 General Assembly approached quitting time and headed home for an election year.

Election years breed nonsense, and that’s what much of the proffered legislation was. To be sure, there were some serious issues such as tightening the screws on sex offenders, dealing with hand-held devices while driving and how to deal with the menacing problem of gangs. But much of the rest was either ego-tripping to score bragging rights for campaign usage or legislation introduced, but designed to go nowhere, at the request of an interest group or friendly constituency. Increasing automobile insurance coverage, for example, was a handout to trial lawyers as well as a cushion for accident victims.

This is not meant to trivialize the legislative process, since every bill introduced means something to some one or some cause. And democracy in action, with all of its strengths and competing weaknesses, demands that the needs and requests of constituents be served, regardless of how meaningless they are in the eyes of others or what they do to gum up the machinery of legislating. In many cases, introducing legislation is a significant access to campaign contributions and electoral success, which is what politics, in the end, is all about.

To be precise, more than 2,500 bills were introduced during this session, and as the session’s wrap-up approached, only 46 had been acted upon by both the House of Delegates and the Senate. The number increased dramatically as the final hours approached, with conference committees meeting in lounges and hallways and lawmakers racing between chambers to plead their cases. A legislative body will take as much time as it is given to conduct its business. And the last few minutes are usually the busiest. And it’s also the narrowest remaining window when bad bills often slip through with the good.

The General Assembly, it is worth noting, has only one constitutional responsibility during its 90-day session, and that is to enact a budget, this year $32 billion after $1.9 billion was cut to achieve the legally required balance. If they are unable to do so, legislators head into extra days, which would be unacceptable behavior and a waste of money ($50,000/day) to the voters in an election year. Correspondingly, the busiest day in the bill-drafting department is usually Monday, when lawmakers return to Annapolis after a weekend at home listening to constituents and, the greatest influence of all, watching 60 Minutes. The legendary program, based on feigned moral outrage and John Wayne journalism, has inspired reams of legislation over the years, especially in the area of consumer protection.

So, as another legislative session mercifully ends, be grateful for those bills that were not enacted. Maryland’s been around for almost 400 years. Do we really need that many more new laws? For as perverse as it may seem, it is the function of the General Assembly to kill bad legislation as well as to enact good laws. And when the legislature dismisses more than 2,000 bills, it is really acting in the best interests of the citizenry and the state.

To hear Gov. Martin O’Malley (D) and Robert L. Ehrlich Jr. (R) tell it, a debate is a debate only when there’s a moderator. Otherwise it’s a conversation. That was the epistemological nuance upon which the first great debate of the 2010 race for governor was based.

Ehrlich launched the hootenanny by inviting O’Malley to appear on his weekly radio show for a “conversation” about issues. Whereupon O’Malley responded that he would be happy to appear on the show in a debate format with a moderator. Ehrlich replied that O’Malley was welcome only on the conditions that he had established—no moderator.

Debates are tricky business. They’re hard to win but easy to lose. Conversations are another matter, though, and on talk radio—the Agora of the airwaves—there’s no such thing as a conversation, only high-decibel shouting matches over the bellyache du jour. (Disclaimer: I was a talk radio co-host for 22 years.)

So here’s the deal: In a true debate format, the moderator controls the time, the tempo and the content of the debate. In a talk radio conversation such as Ehrlich has suggested, he, as host, and his producer/screener (and perhaps his co-host and wife Kendall) would be in control of the entire production, including the screening of which incoming phone calls to allow on the air. And based on experience, the Ehrlich (and WBAL) audience would not be very friendly to O’Malley as the incumbent governor as well as a liberal Democrat. This hostility is part of the motivation for O’Malley’s frequent description of talk radio as “hate radio.”

More to the point, in a true debate format, O’Malley would probably have the advantage, and Ehrlich knows it from the experience of four years ago. O’Malley’s the incumbent with all of the current information crammed into his head. What’s more, he’s not only a better orator but a more skilled debater who, on command, can exhibit a switch-blade tongue. On the other hand, Ehrlich is all down-home bonhomie and more at ease and relaxed in a conversational setting discussing family life and his son’s football prowess.

Add to the mix the growing dispute over whether Ehrlich, as an announced candidate, should even be allowed by his host station to have a radio show that is effectively a 50,000-watt bullhorn for his campaign. Both Ehrlich and WBAL have said that Ehrlich’s show will continue until he formally files for governor by the July deadline. Many question that decision, and it is probably another reason why O’Malley is taunting Ehrlich about a debate. Every time Ehrlich refuses, it adds to the combustion over the equal time provision. No question that O’Malley is ready and eager for a fight. But both candidates will probably delay filing as long as possible because the formal paperwork imposes certain limitations, i.e., a self-serving radio show.

So it is probably safe to assume that the nastiness will continue between O’Malley and Ehrlich without a direct confrontation of any kind for the time being because they are unable to work out the rules of engagement and probably won’t until after the September 14 primary. At that point, negotiators for both sides, including neutral outside parties, will work out the times and terms of the formal debates. So for now, it appears that eventually O’Malley will get his way and Ehrlich won’t. There’ll be a debate but no conversation. Talk is cheap, and talk radio, by O’Malley’s definition, is even cheaper.