Put It On My Tab

Through mechanisms created by legislators themselves at all levels of government, they have quietly taken control away from the voters and passed it on to lobbyists and special interests. 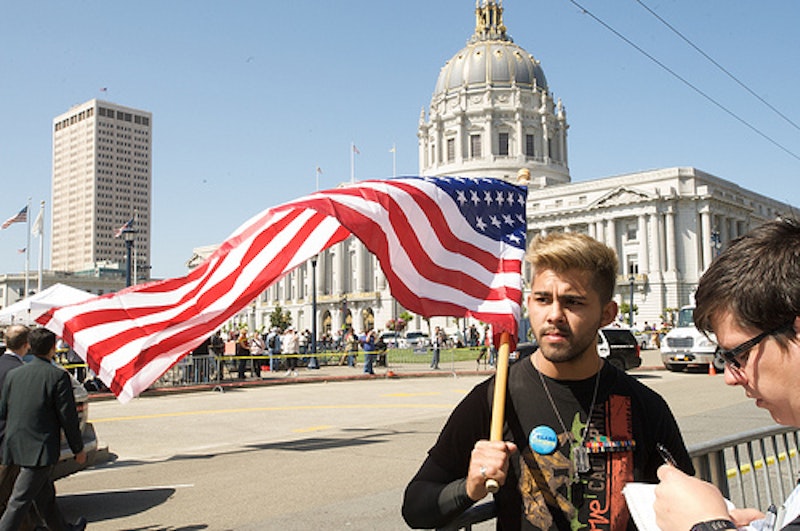 Politicians used to be loveable rascals, the more colorful the more delightful and revered. The old muldoons knew how to get things done in their own peculiar ways, for themselves but especially for others, which was the secret to their staying power. Politics was a form of locomotion: it got people and programs from here to there. The council member, the state senator and delegate, and in the early ethnic days even the notary public, were masters of their domain. Political clubs and organizations ruled the districts and everybody and anybody belonged to one or the other, the extended families of their day.

Consider Baltimore’s late City Councilman Mimi DiPietro, the master of malapropisms, who once referred to members of the media as “you meteors” and who claimed to be the king of patronage for having sponsored more than 2,500 city patronage appointees, mostly immigrants, from his East Baltimore warren, the old First District.

And there was, too, Clarence Du Burns, locker room attendant, City Council member and president as well as mayor, who once announced that a high-speed train between Baltimore and Washington would be a “boondoggle for everybody.”

Contrast those characters with the over-stuffed, self-righteous marplots of today like, say, Rep. Eric Massa (D-NY), Sen. Jim Bunning (R-KY) and Rep. Charles Rangel (D-NY) and it’s easy to see how far down the slope politics and politicians have fallen. Public service has given way to private self-interest.

Politics used to be a face-to-face business. Over the years, beginning in the 1960s, three things occurred to deliver us where we are in politics today—the expansion of the media into then unforeseen applications, the influence of money and the arrogance of a privileged class. Begin with the last. It used to be said that people in politics were pretty much like the people who elected them, hence the concept of the citizen legislator. But in today’s world, elective politics is dominated by lawyers, the wealthy and other pedigreed professionals who are far removed from the clubhouse and the extended family upon which local political systems were built.

The three were home in Maryland every night, schmoozing in the clubhouses and making the rounds of the bull roasts and crab feasts. These days the closest constituents get to their elected officials is on cable TV (C-Span), Facebook, YouTube, Twitter or some other form of the multi-fractured electronic town hall.

Second, the media has caused a massive fracture in politics and a realignment of the electorate that actually has little to do with individual politicians but more in keeping with the public bullhorn that vilifies the political system and those who populate it. The media has insinuated itself not as the medium delivering the message but as the arbiter of policy decisions as well as behavior. For example, Massa’s constituents had little to say about his bizarre conduct but Glenn Beck and Larry King performed the evisceration for them. Put another way, the TV box and the blogosphere have replaced the ballot box. Power no longer belongs to the people but resides with those who arrive via an electrical outlet in the wall.

Presidents, governors and political parties used to enforce discipline and party loyalty by controlling the flow of money to candidates and campaigns. Under the old laws, they were the primary sources of campaign fundraising and thus candidates at all levels relied on the party hierarchy for financial support. Under the new laws, both federal and local, candidates can raise huge sums of money on their own and are independent of the party structure as well as presidents and governors.

Until 1973, corporate campaign contributions were illegal in Maryland but union contributions, through their committees on political education (COPE), were legal and welcome. Corporate contributions found their way into Maryland campaigns through illegal, under-the-table methods. Corporations and businesses, for instance, were assessed certain amounts and “bagmen” would make the rounds every week to collect the money from office “petty cash” funds. Or there was the direct “white envelope” exchange exemplified during the administration of Spiro T. Agnew. The 1973 Maryland election law change brought corporate campaign money out into open by legalizing it within the strict limits of the state’s contribution laws.

And in Maryland, there are the so-called “continuing committees,” whereby incumbent officials do not have to abide by separate campaigns but can continue stockpiling unlimited amounts of money year after year. Thus we have legislators amassing campaign accounts containing hundreds of thousands of dollars that can be used for anything that can be vaguely construed as political. Need a new car? Claim it’s necessary for constituent work. Want to take 10 people to dinner? Why, of course, it’s a meeting to discuss neighborhood issues. It’s all on the campaign contribution tab.

At the national level, corporate money began rolling in through political action committees (PACs), a loophole that was created in the campaign finance reforms following the Watergate scandals in the mid-1970s. The next wave of corporate money followed in the McCain-Feingold campaign finance reform act, which allowed outside organizations to fund advertising as long as a campaign theoretically had no knowledge of it (the Swift Boat commercials against John Kerry in 2004). And the latest round is the Supreme Court decision which gives corporations the right of free speech (unlimited campaign contributions) by treating them as individuals, thus overturning 90 years of existing law which prohibited corporate contributions to federal campaigns.

So through mechanisms created by legislators themselves at all levels of government, they have quietly taken control away from the voters and passed it on to lobbyists and special interests such as banks and the health care industry in exchange for money, further separating the electorate from the political process.

Bad behavior is bipartisan. Is it any wonder, then, that people feel powerless and ticked off? They watch Massa, a Democrat, unravel on TV as he talks abut “tickle fights,”  “snorkeling” and “fracking.” And they see Bunning, a Republican, wage a one-man campaign against extending unemployment benefits. In New York, Gov. David Paterson, followed Eliot Spitzer in his fall from grace, while Harlem’s Rangel waits to see what’s in store for him after getting caught with his fingers in the tambourine. And the long line of Republicans—Rep. Mark Foley, Sen. John Ensign, Sen. David Vitter, Gov. Mark Sanford and Sen. Larry Craig—and the apparent brothel they ran on “C” Street, a chip shot away from the nation’s capitol, tug at the nation’s moral sinew and the fragility of the political system.

In one of those ironic twists, at the same time politicians posture for more transparency, that elusive goal is exactly what brought many of them down. So when it comes to transparency, the political flavor of the month, too much of a good thing can be bad for politicians.