Public Financing Is Not The Solution

In a state as small as Maryland, why do campaigns cost so damn much? 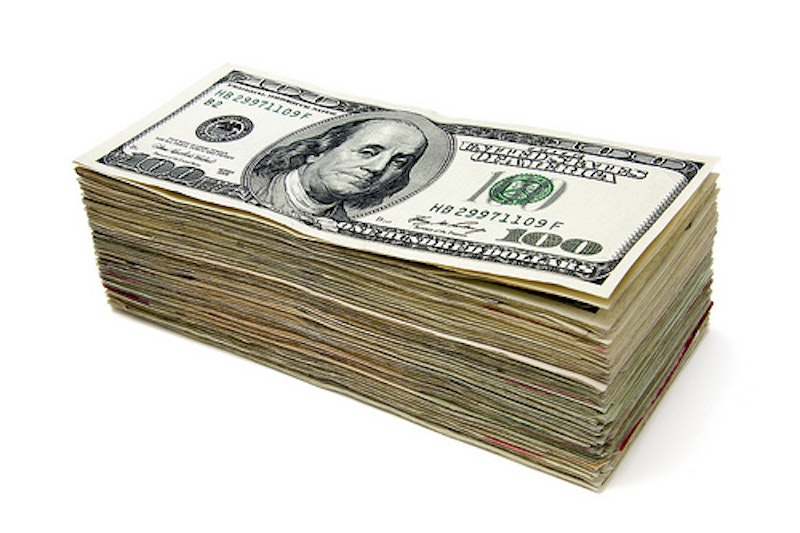 Muffin Man John Paterakis must feel like the luckiest guy in Maryland. He’s been banned by judicial decree from contributing to campaigns or participating in politics for a sigh-of-relief spell of four years. That’s a real break, in time as well as patience, for one of the state’s most sought after sources of campaign money and support.

With Paterakis out of play and on the sidelines, there’s no question that Maryland’s political economy is suffering a serious setback during this election cycle. There’s really no way of knowing how much an entrepreneur such as Paterakis or anyone else in his league contributes directly to campaigns or helps to raise indirectly by squeezing friends and associates. So suffice it to say that the amount is (or was) substantial.

As every political rubbernecker knows, Paterakis pleaded guilty to a campaign law violation as a sidebar to the trial of former Mayor Sheila Dixon. He contributed $6,000 toward the payment of a poll for Councilwoman Helen Holton when the law limits a contribution of only $4,000 to any single candidate during an election cycle. For this he got a pass instead of a sentence, paid a $25,000 fine (he wrote the check while sitting in the courtroom) and was suspended from political activity by Judge Dennis M. Sweeney. Paterakis figured the fine was cheaper than fighting the charge. The no-contribution pause was a welcome bonus.

Paterakis is the owner of H&S Bakery, the largest privately owned bakery in the country with more than 1000 employees in Baltimore, and the developer of the glitzy Harbor East, the city-within-a-city enclave of high-end shops, restaurants, hotels and condominiums.

The rules of politics are the rules of the marketplace. It is worth noting that Maryland’s—and the federal—campaign finance laws are written by those who benefit from them. And Maryland’s, by comparison, are much more stringent and probably much more aggressively enforced to they extent that they can be beyond casual auditing.

The Maryland law allows an individual to contribute up to $10,000 in any one four-year election cycle, with no more than $4,000 to any single candidate. However, an individual such as Paterakis, say, might have as many as a dozen or more business entities. Each of those business entities qualifies as an individual and can contribute up to $10,000. It’s a revelation of loopholes when a prominent businessman walks into an elected official’s office and hands him 25 envelopes, each containing a check for $1,000 from a different business. When a high-roller delivers the pixie dust he insists on doing it in person.

Money fertilizes politics. When the campaign finance laws were re-written years ago, a two-tier system of committees was established. The first was a simple committee for a candidate which self-destructs, win or lose, at the conclusion of a campaign. But the second is what is called a “continuing committee” which, as the name suggests, survives a campaign and simply continues year-after-year until it is formally closed out. Through this mechanism, incumbent office-holders are in a perpetual fundraising mode and continue to accumulate hundreds of thousands of dollars in their committees.

Another escape hatch in the continuing committee device is that the money can be used for any purpose that can be vaguely construed as political. Need a new car? It’s for constituent service. Take a dozen people to dinner? Why, they’re constituents who wanted to discuss changes in condominium law or the trash collection schedule.

There are also the so-called “godfather” accounts that are favored by Senate President Thomas V. Mike Miller (D-Calvert). Through a campaign account separate from his own, Miller solicits donations that are then disbursed to favored Senate candidates to assure that he elects friendly senators and controls the requite 24 votes for a majority.

Another significant campaign benefit was approved in 1973, a year before the 1974 elections, by Gov. Marvin Mandel. Before that change, businesses were prohibited from contributing to state elections. Only labor unions could contribute through their Committees on Political Education (COPE), helping to account for their traditional grip on Maryland politics. But before that, businesses did not escape the strong arm of the political bosses and fundraisers. Each participating business (i.e., those who received state contracts) was assessed an annual contribution or amount. And every Friday, bagmen would make the rounds of the businesses to collect partial payments out of petty cash until the full assessment was paid. (Recall the architects and engineers of the Spiro T. Agnew era.)

It was also an open topic of conversation and supposedly a regular practice a couple of administrations ago for the Board of Public Works’ lists of vendors and contract awards to be a lucrative source of campaign contributions and funds for other undertakings.

And when Common Cause applied the pressure for campaign finance reform following the Watergate scandals, federal lawmakers (and lobbyists) responded by creating Political Action Committees which allowed businesses to circumvent the federal prohibition on corporate contributions. And now the Supreme Court has once again come to the aid of federal candidates by dropping all pretense of a ban against corporate contributions by allowing unlimited donations toward advertising under the rubric of free speech.

Here in Maryland, the amount of money flowing into campaigns is obscene for a pismire state the size of Maryland with only two media markets and the viral growth of free media such as Facebook and YouTube. Consider the cost of running for governor: In 1970 Marvin Mandel spent $1.1 million; in 1974, he spent $1.5 million; in 1986, William Donald Schaefer spent $3 million; in 1990, he spent $3.6 million; in 1994, Parris Glendening spent $6 million; in 1998, he spent $6.5 million; in 2002, Robert L. Ehrlich spent $14 million; in 2006, Ehrlich spent $20 million and Martin O’Malley spent $16.5 million. The bulk of the money, of course, is spent on consultants, advertising and staff, with the ritual payments of walk-around money accounting for only a small percentage of the spending. The high unemployment rate, however, may see an accompanying revival of interest in walk-around money as supplemental income of, say, $100 a day for poll-workers. But it’s really the television stations that are enriched during a statewide campaign. Democracy in action doesn’t come cheap.

Every four years, and more frequently during legislative sessions, there are appeals and protests to develop a system of public financing. But when Maryland had a limited program of public financing, no one accepted the money because of the spending limitations that accompany it. In the last presidential election, President Barack Obama rejected federal public financing and went on to raise more than $100 million. Sen. John McCain was forced to accept public money, and he was stuck with the legally limited amount.

Simply put, public financing is not the solution. As is evident, there is no way to limit spending or control the flow of money in politics. The only sure way to achieve transparency is frequent reporting so that money can be matched with favors and votes so the public can get a view of the best politicians money can buy.

That is, unless you get as lucky as Paterakis and are prohibited from contributing.