No such thing as a "Culture of Austerity" for the would-be three-term NYC mayor. 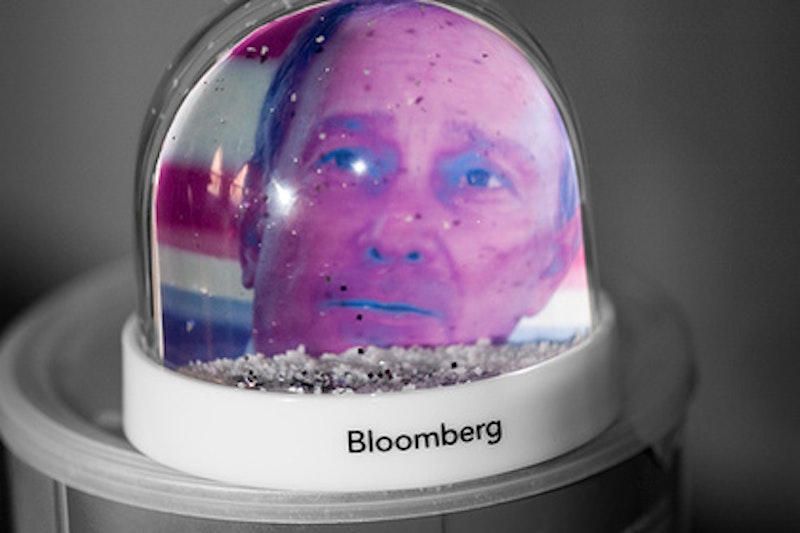 It takes a lot in 2009 to drop your jaw upon looking at the front page of a newspaper—one now fairly shrugs at the laundry list of crippling economic news—but last Friday, a particular New York Times story leapt out as if it were headlined in neon: “Bloomberg Campaigners Taste the High Life.” In a different set of circumstances—the financial world spinning on its axis since last summer instantly defined a new modern era and no one who’s honest really knows how long it’ll last—the report of Michael Bloomberg lavishing his aides and campaign workers with first-class hotel accommodations, private jet travel, dinner parties with celebrities and large bonuses would be a ho-hummer. I happen to think Nanny-State Bloomberg is a priggish and sanctimonious mayor, but spending his own fortune on elections is a virtue, and gives a well-deserved poke in the eyes of myopic and now (after President Obama’s campaign) anachronistic proponents of campaign finance “reform.”

Nevertheless, you have to marvel at Bloomberg’s outlandish and arrogant demonstration of tone-deaf politics, considering that as he grapples with a $4 billion deficit by laying off cops and education employees, raising the city sales tax, trimming health care packages for NYC workers and imposing regressive taxes on items like bottles of soda, lottery tickets and cab rides, he’s running for a third term as if the country and his city were in the midst of unparalleled prosperity. When asked by a Times reporter whether his projected $80 million reelection campaign was excessive, Bloomberg grew testy, responding, “I don’t understand your question. I am not going to talk about the campaign… I think it’s one of the most ridiculous things I have ever heard.”

Add in that a lot of New Yorkers are ticked off that Bloomberg reversed the two-term limit to extend his tenure, and it’ll make for an entertaining diversion this coming summer as “let them eat sushi” Mayor Mike squares off against a challenger whose campaign coffers will be slight in comparison.

An acquaintance, a professor in New York who requested anonymity, emailed this comment last weekend: “Mayor Mike needs new glasses to read the new electoral charts. This is a very dangerous high roll he’s making. There’s already resentment here that he’s running for a third term, and [this story] fails to dispel a sense of bottomless political narcissism. It’s fun being mayor, but not if you make your customers feel bad or poor or weaponless.”

As the recession (or depression, depending on whom you speak to) continues unabated this year it’s possible that Bloomberg, the self-made billionaire, will understand that a Culture of Austerity has overtaken the United States, mostly driven by necessity but also because of manners and fear of ostracism. Coupon-clipping (the 50 cents-off kind, not accumulation of old-money stock dividends) is in fashion, with no stigma attached. Granted, for families of limited means this sort of savings is nothing new—when I was a kid, my mother was ferocious clipper, and drove to five different supermarkets to redeem her discount offers—but it’s transcended class lines.

A few weeks ago, after a temporary thaw caused an outside water pipe to burst at our home, resulting in a small flood in the basement, I made two calls. The first was to 1-800-GOT JUNK to clear out the impossible morass of boxes and other discards in the basement, which made mopping up the water nearly impossible, and I rummaged through my desk for a $10 coupon the company gives each time you use their service. The second call was to Roto-Rooter, and when the fellow fixed the pipe, I gave him a $25 online rebate that was awarded from the last time the company came to the house. I’m somewhat embarrassed to admit that even a year ago I wouldn’t have bothered to look for the coupons. Likewise, last weekend, I took my older son—growing out of his clothes way too fast—downtown to Brooks Bros. where a 60 percent off sale was in progress. Along with a $60 rebate I’d earned by using the store’s credit card, the three sweaters he chose came to less than $80.

A longtime friend of mine, who owns several moderately-priced yet stylish cafes in Baltimore—it’s a nightmare for all restaurants, he reminds me, save for the fast-food joints—says that almost no one orders filet mignon anymore. When he asked a regular and quite affluent customer why she chose a simple pasta dish over the fresh fish of the day, she told him it was simply a matter of guilt, that it didn’t seem right to indulge in luxury items such as prime beef, tuna steak or foie gras. The travel agent (another line of work that’s nearly extinct because of the Internet) I use, out of habit and friendship, says that last summer clients had booked March vacations way in advance because traditionally it’s impossible to secure reservations after the first of the year. Unfortunately for many, rocked by the financial events of the fall, the airfare and hotel slots they secured in July are non-refundable; in addition, they’ll be taking a vacation at a half-filled resort.

I come armed with no excuses for the Wall Street mercenaries who gamed a lax system and crossed over from a “gray line” to unethical and sometimes criminal behavior, but let’s be truthful and admit that the “greed” almost solely ascribed to the financial industry was widespread, including members of the lionized “Main Street” community. A grifter is a grifter is a grifter: whether it’s a celebrity con like Bernie Madoff or a small-time repairman asking for payment in cash so he doesn’t have to report earnings to the I.R.S.

Which is why, of course, Barack Obama has felt the heat for the cabinet nominations of tax-skimmers Tom Daschle and Tim Geithner (the Treasury Secretary!). In the case of Daschle, it was the veil of hubris and entitlement, probably yet unforgivably unconscious, that he enjoyed because he was “protected,” being near the top of the government food chain for so long. Incredibly, the Times’ Democratic apologist Frank Rich last Sunday excused Daschle’s “tax shortfall” as an “apparently honest mistake,” although he agreed it was imperative, given the tenor of the crisis, that he be sacrificed. Let’s inject some reality here: Daschle’s not a dumb man, and someone who’s grown wealthy as a lobbyist obviously has a top accountant (or three) file his returns each year.

Michael Bloomberg is not a subtle man, and it’s unlikely he’ll deviate from his successful strategy of extraordinary spending in this fall’s campaign. The real question is whether New Yorkers, the vast majority of whom are worse off financially since the Mayor last ran in ‘05, will punish him at the polls for being so incredibly out of touch.