If Pepsi Is Taxed, Why Not Starbucks?

"Sin taxes" make even less sense when they're only applied to lower-class foods. 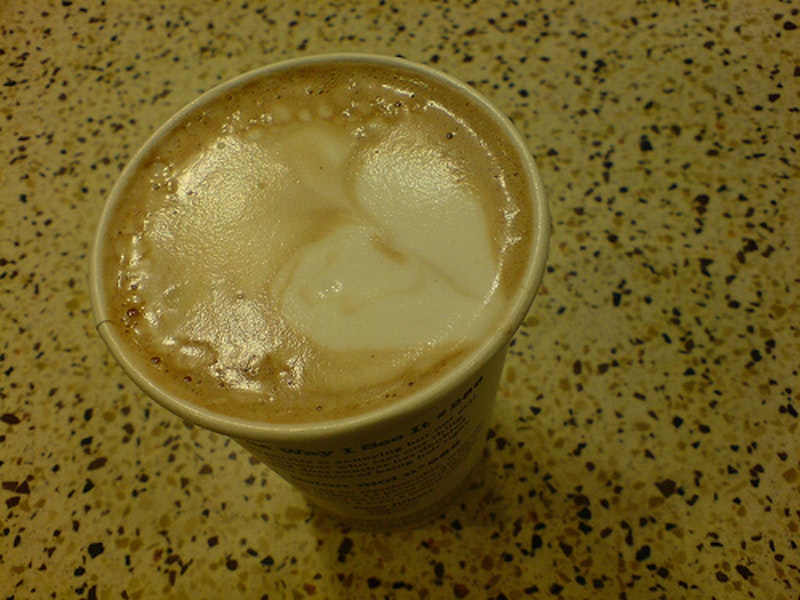 It would take someone with a memory superior to mine to tick off the blizzard of campaign promises made by Barack Obama last year (as well as Hillary Clinton and John McCain), yet one is unforgettable: in an Obama administration only the extremely wealthy would be victimized by higher taxes, and the middle class—as always—were promised relief on that front. Last week, the politically perilous idea of a national sales tax (like the VAT common in Europe) was in the news, but I doubt that Congress has the stomach to actually act on such a voter-unfriendly kick in the guts.

Less controversially, soda (or pop, depending upon your location) is back in the crosshairs of tax-happy legislators, health experts and Obama’s band of economists and academia’s big thinkers. It’s a bad idea from my point of view, not just because I’m opposed to punitive and excessive taxation but mostly because it’s regressive and, if adopted either nationally or state by state, will disproportionately dun those Americans who live on a limited budget. (Some states already tax soda.) The lazy policy of socking those who drink Coke, Pepsi and Sprite, as well as some sports and energy drinks, is justified by proponents as a health measure—rising levels of obesity is the go-to bugaboo—and a proper “sin tax” that’s somewhere down the list of unhealthy practices of which tobacco, already levied heavily, is at the top.

As it’s said, I’ve no particular skin in the game, since my own consumption of root beer or cola is minimal—although my kids gulp several bottles or cups every week—but it’s hard not to detect a class bias in the bubbling war against soda. In the May 20 New York Times, David Leonhardt’s “Economic Scene” column, “Sodas A Tempting Tax Target,” was on the front page of the slimmed-down business section, and though cloaked with ostensibly good intentions buttressed by statistics from The New England Journal of Medicine, his conclusion was a real dilly.

He writes: “We just shouldn’t lose sight of how many of those ‘calories in’ come from Coke, Pepsi and the like. If we could cut back on our soda drinking, we would be both thinner and richer.” It’s not just the now-ubiquitous USA Today “we-speak,” so common in contemporary journalism, that’s annoying about Leonhardt’s paragraph, it’s his false contention that anyone’s going to become “richer” (or “thinner”) if soda is taxed. Let’s be honest: the more affluent Americans will not feel the effect of a soda tax, nor that of the inevitable tax on fast-food purchases from McDonald’s, Burger King or Taco Bell. One result of the prolonged recession is, not surprisingly, a downturn in the fortunes of sit-down restaurants; whereas two years ago, the office lunch crowd might frequent a nearby café for a fancy sandwich or salad once or twice a week, those establishments are losing business to the carry-out joints. In fact, the restaurant industry has largely ceded Monday and Tuesday nights, as people dine out less often, and have adjusted the size of their work force accordingly.

But let’s play along with the Ivory Tower bigwigs and self-appointed health gurus who are advocating the tax on “sugary” drinks as a means of off-setting the enormous costs of President Obama’s back-breaking health care initiative, as well as combating bad habits. Why stop at soda? How about a tax on every calorie-laden coffee drink served at Starbucks and its competitors? After all, a vanilla bean frappuccino with whipped cream is more than 500 calories, a beverage that health researcher Mike Adams calls “dessert in a cup.” Throw in a scone or brownie with one of those Starbucks “desserts” and a consumer is approaching, at mid-morning, the daily recommended calorie intake.

No knock against Starbucks, which I patronize, but it’s fairly inconceivable that either Congress or nutritionists would classify that chain’s offerings with the low-hanging taxable fruit of Pepsi and Coke. Taking this argument further: why aren’t the revenue seekers proposing slapping a “sin” tax on the following items that aren’t at all healthy (whether organic or not): butter, cream, eggs, bacon, corned beef, mayo, Godiva and Lindt chocolates, foie gras, triple-cream Brie, the entire dessert tray at a ritzy French restaurant, Ben & Jerry’s ice cream, fried clams, squid, shrimp and oysters, entire menus at Chinese restaurants (both cheap and pricey) and fresh-squeezed orange juice? And maybe a tax credit ought to be awarded to those consumers who purchase olive oil instead of butter.

I’m not attempting to be facetious here, but rather point out the gross inequities when new sin taxes are considered: it’s aimed at the déclassé products, such as soda and fast-food burgers, and protects—for the sake of general class description—the “Whole Foods” crowd from their gluttony. If it’s true, as Leonhardt suggests, that “we” would be thinner and richer by laying off sugary drinks, wouldn’t the same apply to the more upscale foodstuffs consumed every day? After all, obesity knows no economic boundaries; there are overweight Americans in every strata of society.

Oh, and as another sop to the alleged new bipartisanship in Washington, why not slap a heavy tax on country club memberships, restaurant meals that total more than $150 for a table of two, and increase the alcohol sin tax on pricey wines and premium brands of spirits?

Tom Bevan, co-founder of Real Clear Politics and a frequent op-ed contributor to various daily newspapers, told me over the weekend that a levy on unhealthy but upscale products would be considered by politicians a “nanny state bridge too far for the public,” and besides, the government would collect far more revenue from punishing consumers of Coke, etc. than elaborate Starbucks concoctions. I can’t disagree—pols go where the money is, often under the guise of protecting people from themselves—but the inequity remains. As this article shows [http://shine.yahoo.com/channel/health/sugary-drink-consumption-still-on-the-rise-401779/], African-Americans and Hispanics (especially of Mexican descent) are the largest consumers of “sugary” drinks in America, so this tax, if enacted, will hurt minority communities the hardest. It’s not too cynical to divine the thinking of the administration: minorities are solidly Democratic in their voting patterns, so screw them.