The possible VP candidates for McCain and Obama are a surprisingly diverse group. Let the political engineering begin. 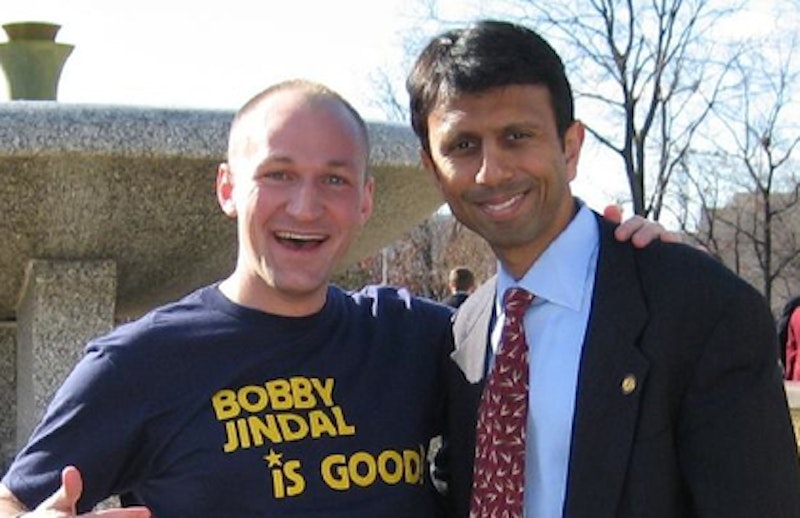 With the primaries finally over and the general election battle between Sens. John McCain and Barack Obama under way in earnest, the attention of the campaigns, the media and political observers will now turn towards the “veepstakes” and who each candidate will pick as his running mate.

McCain’s choice is probably more important than the average presidential nominee for several reasons—his age and his history of melanoma foremost among them. If elected, McCain will be 72 years old on Inauguration Day, the oldest president ever sworn into office. The most important role a vice president can ever play, of course, is to assume the presidency in the event of the president’s death, and this is something that must be considered by McCain and those who choose to vote for him. Choosing a vice presidential candidate who is younger and more vigorous could reassure voters who may worry about McCain’s longevity. The second factor making McCain’s choice crucial is the fragile nature of his relationship with the conservative wing of the Republican Party. By choosing a running mate viewed more positively by the base, McCain could go a long way toward assuaging the concerns of the conservative establishment and voters.

Obama’s selection is also very important, but for different and more complicated reasons than McCain’s. Obama, 46, is only in the fourth year of his first Senate term, two years of which he has largely spent running for president. Prior to that, he was a member of the Illinois State Legislature, and that is the extent of his political experience. Questions about whether he has the experience needed to be president may dog him all summer and fall. Were he to choose someone viewed as “older and wiser,” many voters concerned about the question of experience might be comforted. The other issue for Obama is whether or not to choose Hillary Clinton as his running mate. She quite plainly wants the spot and has explicitly made that known. Many of her supporters are still very upset that she did not win the nomination, and many claim they will withhold their support (financial and otherwise), and perhaps even their votes, unless Clinton is chosen as Obama’s number two. These aren’t idle or insignificant threats, and so Obama may be forced to give serious consideration to choosing his opponent despite his disinclination to do so.

McCain’s best choice is Piyush Subhaschandra Amrit Jindal, known to most as “Bobby.” Bobby Jindal is the current Governor of Louisiana, and at 37, he is a rising star in the Republican Party. Jindal was born in Baton Rouge, Louisiana, but his parents were Punjabi Indian immigrants who had moved to the United States while his mother was pregnant with him. Raised as a Hindu, Jindal converted to Catholicism while in high school, from which he graduated at 16. After attending Brown for his undergraduate studies, he went on to Oxford as a Rhodes Scholar. In 1996 at the age of 26, Jindal was appointed as Secretary of the Louisiana Department of Health and Hospitals, turning a bankrupt department with a $400 million deficit into a department with three years of surpluses. Two years later, he became Executive Director of the National Bipartisan Commission on the Future of Medicare, a panel created to help reform the Medicare system. In 1999, then only 28 years old, Jindal was appointed president of the University of Louisiana System, an enormous job—particularly for someone his age. In 2001, he was unanimously confirmed by Senate Republicans and Democrats to serve as Assistant Secretary of Health and Human Services in Washington. In 2004, he was elected to the House of Representatives, where he served on the Homeland Security Committee, as well as the Committee on Resources and the Committee on Education and the Workforce. He won reelection to a second term in 2006—not a good year for GOP congressional candidates—with an overwhelming 88 percent of the vote. Last year, he returned to Louisiana and was elected governor, the youngest in the nation, defeating the Democratic incumbent, Kathleen Blanco. With a 98 percent American Conservative Union rating for his two terms in Congress, his conservative bona fides are unassailable. Equally unassailable his Jindal’s obvious intelligence—brilliance, really—and he displays an ease and likeability on camera that would serve him well in a national, television-driven campaign.

As a staunch conservative, Jindal would likely pacify the GOP base, and their unofficial leader, Rush Limbaugh, who has called Jindal “the next Ronald Reagan.” He would help McCain shore up the South—a usually reliably Republican region but one that is suspicious and wary of McCain. While he is young, a Vice President Jindal is arguably more qualified to be president than Barack Obama given the diversity, the depth and the executive nature of his experience. As the son of immigrants, he can potentially attract the votes of Hispanics and other important ethnic voting blocs who can identify with his first-generation American status.

Obama should look to the Peach State for his running mate and select former Georgia Sen. Sam Nunn. Now 69, Nunn’s political career began in 1968 when he was elected to the Georgia House of Representatives. In 1972, he was elected to the Senate, and for 24 years he served there before retiring in 1997, indicating that he was lacking a “zest and enthusiasm” for politics. Nunn’s career in the Senate was distinguished by his interest in and advocacy for a strong defense policy. He has been mentioned as a possible vice presidential candidate in several of the last elections, as well as a possible Secretary of Defense in several administrations. While a loyal Democrat, Nunn would certainly be considered moderate to conservative, epitomized by his opposition to the “Don’t Ask, Don’t Tell” policy proposed by President Clinton, but also by his occasional opposition to tax hikes and his support for the death penalty. On some of the most highly charged issues for Democrats, however—including abortion, environmental issues and gun control—Nunn toed the party line. Since his retirement, he has continued to pursue his passion for foreign affairs and defense policy, focusing in particular on preventing the spread of nuclear materials globally. He is currently the CEO of the Nuclear Threat Initiative, which, according to its website, is “working to reduce the global threats from nuclear, biological and chemical weapons.”

Nunn is the obvious choice for Obama. He is, quite frankly, a boring white guy, but that’s exactly what Obama—an exciting and charismatic African-American—needs. As a son of the South, and one who has the accent and demeanor to prove it, Nunn can only help Obama in a region of the country where racism undoubtedly persists and surely hurts Obama’s chances. To voters in the South and elsewhere who may be nervous about Obama, seeing Sam Nunn on the ticket—the ultimate endorsement—makes the idea of a President Obama a “safer” proposition. As a moderate Democrat, a Vice President Nunn tempers the senator who the non-partisan National Journal named “most liberal” in 2007, blunting one of the key GOP arguments against Obama. Nunn exudes a quiet confidence that only years of service can provide, and he would supply a healthy grounding to an Obama Campaign that often seems almost too frenzied and too hyperactive. Nunn would play the role of the wise parent, keeping a watchful eye over his younger charge, simultaneously steering Obama clear of missteps and reassuring those who worry about the ramifications of any such missteps. Last, but certainly not least, he is not Hillary Clinton, and therefore brings none of the baggage, none of the agenda, none of the drama (and no Bill) that she would. Selecting Sam Nunn as his running mate is a winning move for Barack Obama.