Build a Dome Around Cuba

Here’s what a Bush-style “Fiscal Conservative’s” stimulus plan may look like in ’09. 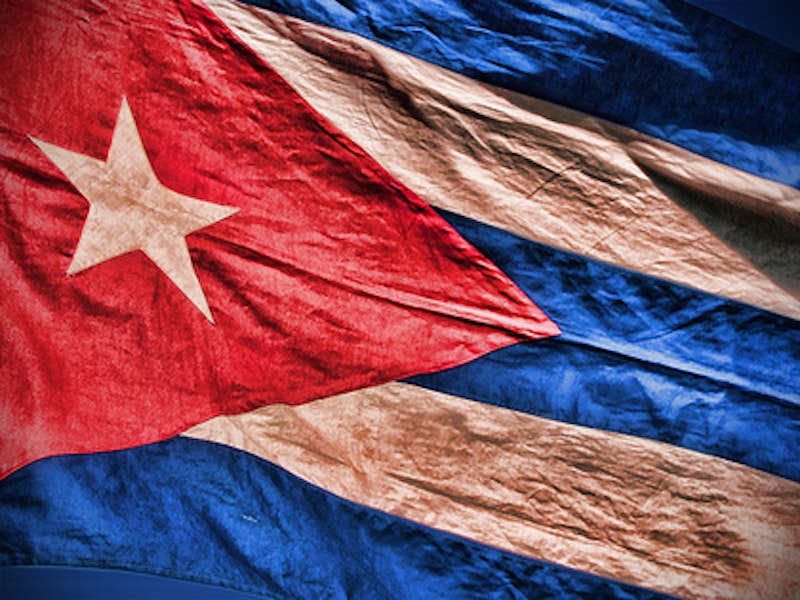 It is universally accepted that some kind of a stimulus is due to revive the American economy, so let me suggest a genius new plan that kills a lot of ducks in a single shot. The idea comes from an old Lee Falk comic where there is a whole air-conditioned city enclosed in a glass roof about a mile high. No, I am not talking about air conditioning America, but rather a new device of spreading democracy and freedom across the world.

It starts with Cuba. Fifty years of embargo has clearly not worked with Cuba since a Castro is still ruling the island. As Barack Obama himself has said it is time to stop doing the same things over and over again and somehow expect a different result. So, I suggest this far superior mode of sanctions.

In short, America should build a glass/steel dome roof above and around Cuba. We should build it around in the international waters respecting Cuba’s maritime boundaries. As of the airspace, we invented the airplanes, so national airspace rules do not apply to America. Now, of course this would require a hell of a lot of glass panels and steel frames. This is where the stimulus part kicks in. The federal government should give out the contracts out to the automobile windshield and chassis manufacturers to fill the order. I’m pretty sure that this will save and even create millions of jobs in the dying manufacturing sector. And who is going to build the dome? Look no further than the beleaguered American construction industry who would never say no to such a bailout.

Now that the factories are overwhelmed with the orders and are working multiple shifts and are employing every employable American, pro-union or non-, let us go back to how this will bring freedom and democracy to Cuba. Once the glass roof encloses the whole island, we’ll build major gas pipelines to transport the exhaust fumes from our coal power plants (clean and unclean) and pump them into the Cuban enclosure. This would help the coal industry meet the carbon emission norms while making life hell for Cubans and thus help mobilize the crowds to overthrow the Castro regime.

However, an analyst friend of mine to whom I ran this Idea pointed out that the Cubans would welcome this roof as this would shield them from the multiple hurricanes that ravaged the country this year. But the engineer in me came up with a perfect solution. We should make this roof retractable so that we can let the hurricanes through as necessary and trap them once they are inside. This should prevent any hurricanes from hitting the Gulf region any more and we might as well get rid of FEMA for good. The motors for the retraction mechanism can be placed in Gitmo once Obama closes it down. Do I need to mention that the orders for these machines would further boost the manufacturing sector?

Now, I am often asked how this would be a fiscally conservative plan. I failed to mention that this is only the second part of the bill that I am suggesting. The first part includes scrapping Medicare, Medicaid, and Social Security and mandates the states and local governments to stop funding universities and schools and funnel all the money into the second part of the bill. This should ensure massive Republican support. Granted, this bill may run into a few trillions, but as it’s part of the defense spending, that shouldn’t be an issue.

President-elect Obama has said that he would bring the brightest minds to work for the revival of the economy. So I formulated the plan by heeding the advice from the best of them. Nobel laureate Paul Krugman has been saying in his columns that the government should be the big spender during hard times. Then I looked at the playbook of the recent “fiscal conservative” administrations that the only way for the government to spend while being fiscally conservative is to do so through the defense budget. We may run a deficit of a few hundred trillions, but honestly, balancing budgets is for tax-and-spend wusses like Bill Clinton.

So it is clear that my master plan takes care of the economy, creates jobs, spreads democracy, prevents natural calamities and takes care of the environment. And if this stimulus proves to be insufficient, we can always go for a bigger one. We already have another country that could help with more sanctions like this—Iran. These may be extraordinary measures, but remember that these are extraordinary times. We need to take bold actions.