Betting Against the Gulf

With the fate of the BP oil spill still in question, which Gulf species do you think is going to go extinct first? 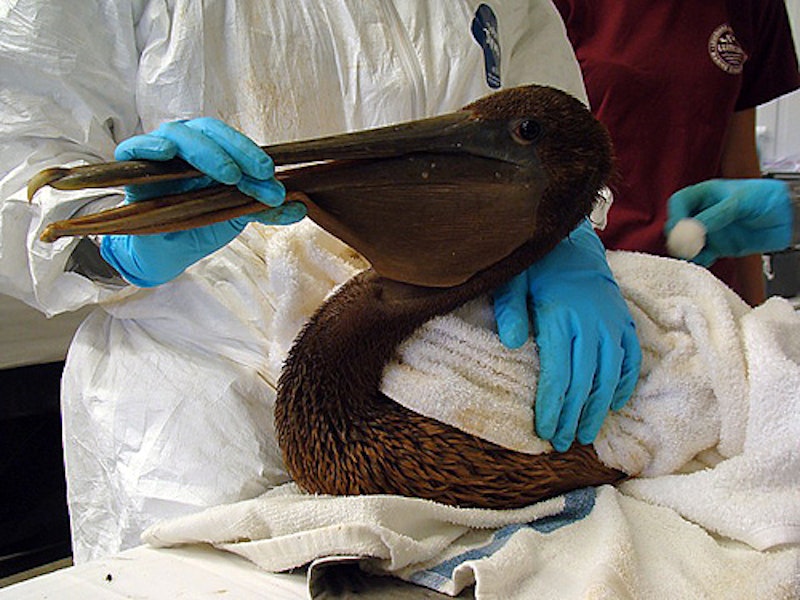 Opponents of oil drilling, particularly in deep water, have often said that we are gambling when it comes to safety. For them, BP's busted oil well in the Gulf of Mexico represents a losing bet. For others, the disaster is just the start of gambling opportunities.

Last week, The New York Times ran a story about an online gambling website that is accepting bets on which of the endangered species threatened by the spill and its cleanup efforts will be the first to go extinct.

Paddy Power, based in Ireland, also offers more tradi-tional betting on sporting events and horses, as well as the chance to place wagers on election results to which Irish village will take home the title of “Tidiest Town.” As their spokesman explains it, “We kind of have a very simple philosophy at Paddy Power—within reason, if there is a very newsworthy event that people are talking about, people should be allowed to back up their opinion with some cash.”

But is betting on the extinction of species “within reason”? The company claims part of the reason they decided to place odds was to raise awareness about the inevitable environ-mental catastrophe that the oil is going to wreak on the fragile ecosystems in and around the Gulf. Yet it's hard to imagine anyone who’s unaware what's coming, even if they don't know the exact names of the species being threatened.

If the bookmaker was just calling odds, perhaps the situation could be chalked up to a pub-licity stunt in bad taste, but as it turns out there are a fair number of people placing bets. When the Times ran its story, there had already been about 50 wagers registered. What kind of person actually engages in financial speculation about species extinction?

I'm not anti-gambling. I've been to Las Vegas a number of times. I like to play the slots and drop a few dollars at the roulette tables. I've also engaged in friendly wagers over the out-come of a football games. Gambling is fun and exciting, and so long as it is not an addic-tion, I see no harm in betting on pretty much anything you want. In this case, however, I feel there’s something wrong with making such a morbid bet.

Most games of chance are structured in such a way that the actual outcome has no real-world significance outside of the wager. It makes no difference whether the little ball lands on red or black if you don't have any money riding on it. Similarly, the cards that individual players at the poker table hold are not significant to anyone except the participants.

Even bets on events like sporting games and elections that do have real-world significance could be called value neutral, in that whether an outcome is positive or not is based on your subjective feelings. If you are a Cowboys fan, you'll be pleased when they win. If you are a player, you'll be happy to have the bragging rights and because the win may posi-tively impact your career.

In the case of Paddy Power's extinction bets, however, you simply cannot say that the out-come is neutral. No matter which species goes extinct first, it will impact the ecosystem. For some of them, such as the bluefin tuna, the impact on the food chain and on humans would be significant. And yet, there are people who, having wagered that the bluefin will be first to go, will be hoping that they do die off. In case you are wondering, those odds are currently 6 to 4.

Obviously, the fact that there is someone out there desperately hoping for the last leather-back sea turtle (8 to 1) to choke to death on gobs of crude doesn't make it any more likely that it will actually happen, but it does make the world seem like a little more tragic and un-kind place to be.