As American As Money

Why are divorce proceedings so much harder for civil unions? 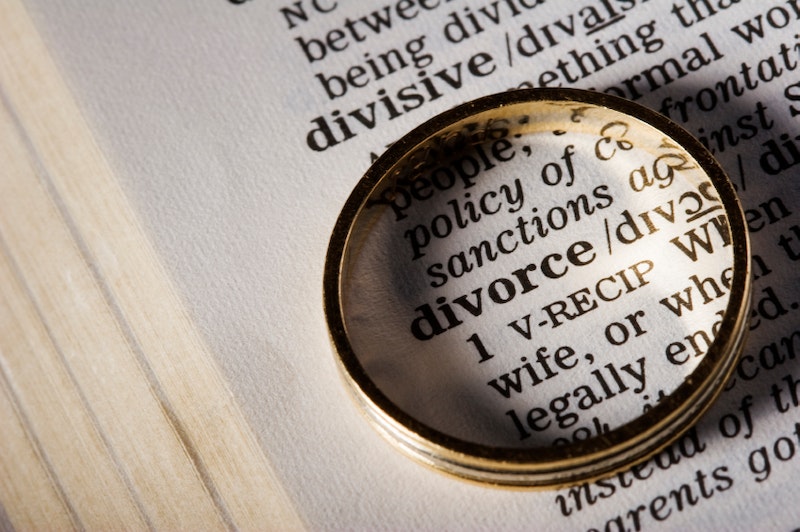 Marriage is no longer a Jack and Jill affair. Neither is divorce. While many in Maryland are exulting over the imminent approval of same-sex marriage, very few are considering the long-range implications of unhitching those unions. They can be costly, nasty and difficult to undo, no different but often much more complicated to dissolve than the average boy-girl I-dos.

Divorce is as American as money. Stripped of emotion and other entanglements, divorce usually comes down to two questions: What do you have? And what do you want? At this intersection, divorce for same-sex couples can become a very time-consuming and costly process, often not unlike heterosexual couples but because the courts and the law are navigating new and untested angles and loopholes.

Maryland is one of a handful of states that recognizes gay marriages performed in other states by opinion of Attorney General Douglas F. Gansler, which has the force of law until the General Assembly or the courts decide otherwise. Gansler, in effect, called gay marriages in other states legally binding contracts that must be recognized in Maryland. If the General Assembly approves a law legalizing same sex marriage during this session, the state will become one of six, along with the District of Columbia, that allows gays to marry. Gov. Martin O’Malley (D) has said he will sign a same-sex marriage bill if it reaches his desk.

But gay marriage and divorce horror stories abound. Getting married is cheap and simple. Getting divorced might not be so easy. First is the lack of recognition of gay marriage in other states. To them, recognition of gay divorce would be acceptance of gay marriage. They refuse to recognize either. So if a gay couple marries in Maryland and decides to move to another state and then divorce, they are facing residency requirements in their new location. And since gay marriage is relatively new, the courts are considering the amount of time together as partners rather than the length of the marriage in property rights decisions. The new issue is the true length of the entire relationship when dividing assets. Rights for same-sex couples as parents, unlike heterosexual child custody arrangements, are still ambiguous, at best. Tax benefits, such as the deduction of alimony, are still being debated as are other estate planning advantages.

Further complicating life in a same-sex marriage is the federal Defense of Marriage Act. It holds that “marriage is a legal union between one man and one woman for purposes of federal laws…and provides that states need not recognize a marriage in another state if it is between two persons of the same sex.” Even worse, gay divorce costs more money and creates more anger because often the same-sex partners are denied access to family courts and must pursue divorce in a civil court.

But Maryland might be an exception and a safe-haven. In fact, gay marriage could prove to be a boon for the divorce business. As with heterosexual couples, one of every two gay marriages fails and heads for divorce court. And gay couples, as often as straights, request pre-nup and post-nup agreements and other services from legal specialists.

Bruce Hanley, a Towson, MD, attorney who specializes in divorce law, says: “I don’t see how it’ll make a difference. We have equal rights amendments in Maryland. In child custody cases, sexuality is not a factor unless there is behavior that is detrimental to a child. And when it comes to a division of assets, women are high wage earners these days.”

Hanley adds that “Maryland is not a common law marriage state as far as the amount of time spent together, married and unmarried. It’s one year and that’s it.”

Existing Maryland law defines marriage as a “union between one man and one woman.” That law had nothing to do with gay culture but derived from the abortion debate of nearly 40 years ago. There is no record of any fuss, fight, protest, discussion, veto consideration or any other uprising against legislation defining marriage as between a man and a woman at the time. It was a measure presented in the context of the abortion debate.

In the final hours of the 1973 session, the General Assembly passed a bill legalizing abortion in Maryland. Gov. Marvin Mandel (D) vetoed the measure because of technical defects. Among them were (1) a lack of precision as to who could perform an abortion and where the procedure could be performed, and (2) whether a woman should notify a man that she was going to have an abortion.

Out of the second concern in the original abortion legislation came a separate bill defining marriage as a union between a man and a woman. The debate had to do with whether an unmarried woman should notify a man if she was pregnant and intended to have an abortion and whether a husband was entitled to know if his pregnant wife was going to end a pregnancy.

At the time, neither gay marriage, nor gays, for that matter, was even fluttering near the radar screen let alone appearing on it. The law, as it was written, defined marriage for purposes of abortion and abortion notification. The pro-choice legislation was sanitized and adjusted after all-day public hearings, televised statewide from the House of Delegates’ chamber. The bill legalizing abortion was later revised and enacted and routinely signed into law by Mandel.

As Mandel recalled the issue, “There was no noise, no controversy. It was so ordinary that nobody even questioned it. The bill was simply passed and signed into law. It had nothing to do with gay marriage.”

So it’s easy to understand how one legislature’s intention can become another’s cause—especially when the stakes are so high. Roe v. Wade was a major issue in the early 1970s. Implicit in the abortion issue in Maryland was not only a woman’s right to privacy, but also the safety of abortion procedures as well as a husband’s right to know.

Then, as now, the difficulty was how to strike a balance—then between the religionists and the medical community, and now between a slim minority of Marylanders and those who believe that a person should be able to marry anyone he or she chooses regardless of gender. And here we are talking about redefining the concept of marriage (and divorce.)

The point is clear: The Maryland law defining marriage as the union of one man and one woman was never intended to apply to same-sex marriage. Public opinion in Maryland has shifted as slowly as evolution but nonetheless significantly over the past 40 years to the point where a majority of voters now accepts gay marriage, like it or not. That shift is reflected in the General Assembly where it appears that a dime-thin majority of senators will approve same-sex marriage after years of debate and deliver the issue to the more receptive House of Delegates. Same-sex marriage, if adopted, will no doubt end up on referendum for voters to ultimately decide. The great debate continues without a word about gay divorce.