All You Need Is Fear

Politics, health care reform and a forecast of the future. 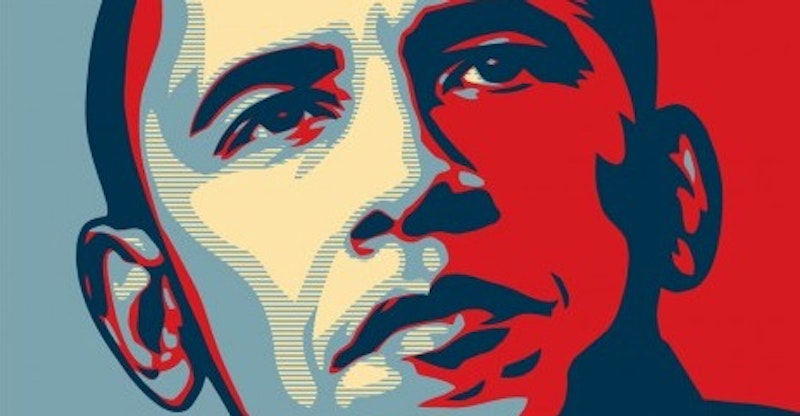 The election of Republican Scott Brown in the Massachusetts special election last week has caused no shortage of hand wringing, crystal ball smashing and umbrage from Democrats. Republicans are jubilant; with 41 cloture-killing votes they can more effectively not govern this country, stalling for time and seats while the country waffles in partisan warfare and  Barack Obama takes the blame.

There’s nothing new here. But the bevy of existential crises among liberals over the possibility (slowly decreasing) that Congress will scrap health care reform altogether has put a lot of us in a reflective mood.

When only a scant handful of Congressional Republicans (none in the House) voted for the stimulus package (something that the hard-right American Enterprise Institute acknowledges is responsible for adding four points of growth to the GDP) it was only the beginning of what is now aptly described as a nihilist Republican Party. As the minority party, there is only so much control Republicans have over the course of legislation and policy, but ever since Obama took office I have seen nothing but the most baseless of attacks, a dearth of anything remotely resembling sound policy alternatives, and enough cognitive dissonance to infect a generation of conservatives. Nihilist is a good qualifier because Congressional Republicans and their conservative base have rejected nearly all the tenets of sound governing.

Unemployment benefits aren’t extended because someone wants to stop funding ACORN (probably one of the same people who don’t mind that we continue to dish out government contracts to Blackwater); presidential appointees critical to the running of government are held up out of pure spite; ethically bankrupt allegations, such as “death panels,” are thrown around while the people who know better stare at their feet, close their eyes and hope their party wins.

Yes, I am frustrated over health care reform, frustrated that my party, while attempting to fix a massive problem conveniently ignored by Republicans for eight years, isn’t pulling itself together at critical moments. And there should be obstruction and debate, and partisan ire will always be around—that’s okay. I guess what galls me less than Republican filibustering is the troublesome reality that the Senate is significantly misrepresentative of the general public. 59 Democratic senators serve 63 percent of the country’s population, and yet a Max Baucus or a Joe Lieberman can prove to be the sole barrier between reform and reality. Honestly, I am still digesting this reality and what its implications are for my own thoughts on government. (Though it is almost funny that the Senate exists as it is mostly because of small, New England states demanding an upper chamber to leverage power against the more populous states. Actually, that’s not particularly funny at all.)

With health care, Republicans are facing down a bill more liberal than anything that would have come out of brass-tacks bipartisanship at the reform’s inception. Instead of a win for everyone the Republicans instead went for broke, and the only reason I can surmise is fear.

The Republican Party has come to rely on fear as its raison d’être: fear of liberals, fear of terrorism, fear of socialism, fear of race, fear of debate. The editorial boards at The Wall Street Journal and National Review, the posters at Tea Party rallies, the voices of conservative radio and network television—they have been alight with a sort of wide-eyed terror that the very system as we know it is going down in flames, that simply addressing a reprehensible status quo (health care) is enough to destroy it.  Through it all Republicans have not offered one viable counter policy. Small-ball items like tort reform and allowing insurers to cross-state lines do not even come close to addressing the larger issues. And one thing Republicans and journalists fail to understand about polls showing a majority of the public against health care reform is that a non-insignificant part of that majority doesn’t think the bill goes far enough. It doesn’t go far enough.

Andrew Sullivan called the last year a “phony war” and in many ways he’s right: Republicans have simply made up reasons to resist Obama when nothing on this side of reality can be found. But politics is supposed to be a grind, nothing is supposed to happen instantly—and I didn’t vote for Obama thinking all would end well in Liberal Land.

I am more concerned that come 2012 or 2016 we’ll be looking at a two-party system that simply cannot govern the country. Democrats are making a hash out of a year’s worth of solid work on health care reform—there are still several options for its passage, and I believe the House will pass the Senate bill as is with a secondary bill (dealing mostly with how the bill is paid for) passed through reconciliation—but they are still, at the very least, attempting to get this country out of the mud. Republicans gave up a year or so before Bush left office.

It’s easy to think these battles are worse than those which came before, that it could never get worse than this, and then things die down for a while and another Big Thing happens and here we are again at each others’ throats. My fear is a political climate that simply cannot reconcile itself to solving the massive problems of our time, either because Democrats keep falling apart or because Republicans only know the politics of fear mongering and obstruction. Right now the President is the only elected official acting like an elected official, so things between Obama and me are fine.

It’s the rest of the government that I find, with few exceptions, incapable of governing. And that’s what I fear most.