Bush's TARP bill and Obama's stimulus package did what they had to do to stop the economic bleeding. Now it's time to ensure that "recovery" doesn't just mean a return to the broken status quo. 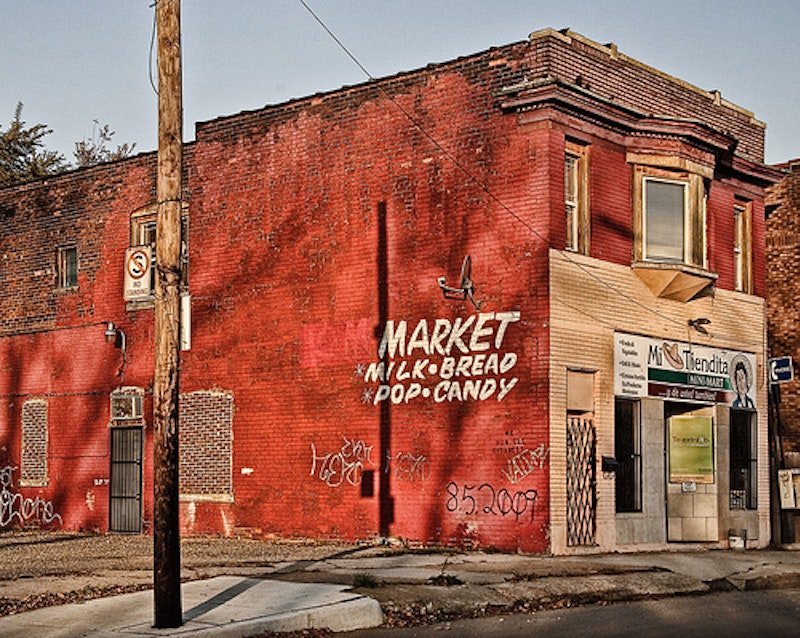 When The New York Times reported that nearly all the money the Bush Administration poured into the Troubled Asset Recovery Program is going to be recovered, it added this:

The report could tamp down some of the public anger directed against both parties over the bailouts. Congressional leaders are already planning to use some of the program’s money for economic stimulus and job creation.

Of course, the government’s potential losses extend beyond the Treasury program. The Federal Reserve, for example, still holds a trillion-dollar portfolio of mortgage-backed securities whose market value is unknown.

The former is a long shot. Too many conservatives, would-be populists and some centrists have tapped into the wealth of anger over the bailout for them to turn around and say, “Well, it kind of worked, but it’s the principle of the thing … “ The Tea Party movement is too much a thriving, self-sustaining conglomeration of fringe lunatics and concerned small-government types for any reasonable self-analysis.

The latter is an important caveat to the first—regardless, the success of the program in stopping the bleeding of 2008 (however crudely, supportors argue) is not to be ignored as the stimulus continues its slow, but positive, economic impact. But while the TARP bill gave the financial industry the cash to right itself, what it hasn’t brought are the promised reforms—long-term, wonkish reforms—that are meant to prevent, though not perfectly, the rekindling of the same forces that brought us this mess in the first place. The financial industry has been pouring on the lobbying efforts, gumming up the works and even pulling the wool over Congress’ eyes.

But the return-on-investment is a clear-cut victory for the Obama Administration—as much as one can be found when the subject concerns vast macroeconomic policy financial artifice so complex as to defy reasoning.

But we’ve seen that the relative success of TARP and the stimulus package haven’t immediately tackled the availability of jobs—the first and last issue between a chunk of the voting public and its ballot box. Big Government certainly isn’t the answer to every one of this country’s ills—but it is one of the answers. And right now there is tension between the Federal Government and state governments. The Fed has the option of pursuing massive deficit spending when it’s painfully necessary; state governments are almost universally nailed down to required balanced budgets—no matter the cuts in public services.

Case in point: The Detroit Free Press recently reported that the city of Detroit is proposing a $10,000 wage deferment for the city’s public school teachers:

The 3-year tentative agreement, outlined during a heated 2-hour union meeting at Cobo Hall, would save the deficit-ridden district $62.8 million, Robert Bobb, emergency financial manager for Detroit Public Schools, said after the meeting. It also would eliminate the need for DPS to file bankruptcy, he said.

Bobb said Sunday his team is calculating the up-to-date deficit, but he anticipates more job cuts this school year because of state funding cuts -- whether the contract passes or not.

This proposal exemplifies the perilous financial struggles faced by cities, districts and states across the country—with no good options, officials are forced to piece together something, anything that keeps the lights on. Detroit itself is on the brink:

Detroit, which faces a $300 million deficit, remains "one of the weakest (financially) in the nation" and "significant economic conditions continue to cast doubt on the city's future operation," outside auditors wrote last month in a 227-page audit of the 2007-08 finances.<

"The next few weeks will determine if they will survive."

The situation is one of cold reality, a lack of funds and competing public policy views. The success of TARP adds a particularly bitter coating to the continuous news items documenting the continued plight of the working poor and working class. The broad, massive bank bailout bill was in part justified by the “too big to fail” financial qualifier. I don’t see how a city, a state—tens of thousands of under-taught children—can’t be labeled, glibly, “too big to fail.” In the linked piece above Detroit City Council President Charles Pugh had a message for state legislators and gubernatorial candidates: "We can do this ourselves." Yes and no.

The Federal Government doesn’t need to take over struggling cities and states. Officials like Pugh are already on the ground and know what needs to be done. What the Federal Government can do is provide the same sort of cash cushion for state budgets as it did for financial industry’s bottom lines. If the Obama Administration is to have far-reaching effect in such cities as Detroit, it’s going to have to give officials like Pugh the financial elbow room to clear up however many legislative and political bogs standing in the way of real progress.

Though we have begun to see some improvement in economic activity, we still have some way to go before we can be assured that the recovery will be self-sustaining. Also at issue is whether the recovery will be strong enough to create the large number of jobs that will be needed to materially bring down the unemployment rate. Economic forecasts are subject to great uncertainty, but my best guess at this point is that we will continue to see modest economic growth next year--sufficient to bring down the unemployment rate, but at a pace slower than we would like.

The term “jobless recovery” continues to define the current economy. The DJIA may have recovered somewhat and Goldman Sachs is flying high, but a month where only 11,000 jobs are lost is a good one. A greater, long-term issue can be found in a recovery that not just doesn’t address the jobs, but one that doesn’t address the long-standing problems plaguing cities and states across the Rust, Corn and Bible Belts—the heart of manufacturing and working-class America.

The bank bailouts and stimulus package accomplished their primary objective of not letting the Great Recession spiral completely out of control. Their secondary, and nearly as crucial objective is to leave in their wake an America that has resolved—not simply patched over—the enduring economic issues of our time.