The Importance of Empathy

It's gotten a bad rap over the last few weeks, but graduation season is the perfect time to remember that empathy may be society's best hope. 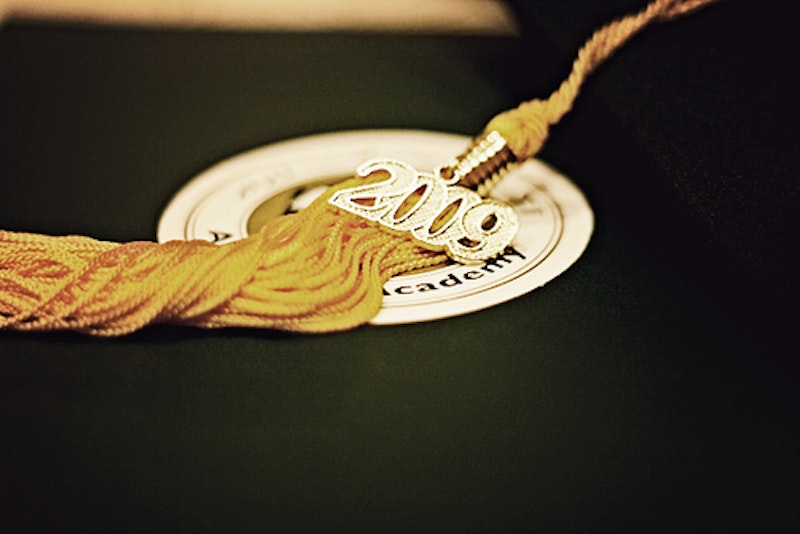 School is officially out: thousands of new graduates have been sent into the world, their steps buoyed by inspiring words, lofty ambitions and the pressing need to pay off their student loans. For most of us, there are just a few weeks left before the “real world” begins in earnest. Before this sets in, I’m spending a few weeks in my hometown of Sydney, Australia, and on this trip home my boyfriend, who is making his first visit here, joins me. He is a world away from New Jersey, where we just spent four years in college, and from California, where he was raised. On the other hand, I’m simply home, sleeping in the same room, driving the same roads, and enjoying the comfort of familiarity. For the next two weeks, I will be his guide, and the experience is starting to turn me into something of a tourist myself.

No matter where you live, it’s easy to take your hometown for granted. Most of my friends who grew up in New York City have never been to the Statue of Liberty. Friends who live in London actively avoid Trafalgar Square and Big Ben. As a high schooler, I spent every winter weekday morning shivering on a ferry across Sydney Harbour, trying to warm the stretch of freezing flesh between the top of my uniform knee socks and the hem of my dress as we sailed past the Opera House and the Harbour Bridge. As a result, I simply stopped noticing that we were passing two of the world’s most famous and beautiful landmarks.

But showing off your hometown to a foreigner, someone who stops and stares and snaps photos in a manner that can only be described as compulsive, is always a revelation. Touring Sydney with someone who is seeing it for the first time forces me to take in the things I long ago stopped noticing—as well as some things I never noticed at all—and to appreciate them anew. In guiding a newcomer around this spectacular city, I have been able to see this small sliver of the world through his eyes.

For new college graduates, the need to see the world this way has never been more urgent. Each of us has graduated with the same instruction: make the world better. That’s no small task; there are enormous problems to be solved—climate change, poverty and the disastrous world economy to name just a few—and the more cynical took those inspiring Commencement speeches with a grain of salt. But when I think about my friends and fellow graduates and about what they have planned for the next stage of their lives, it’s clear to me that every one of them, even the cynics, will need to cultivate an ability to see the world through another’s eyes.

Compassion and empathy have gotten some pretty bad press in the last few weeks. In response to President Obama’s description of Supreme Court nominee Sonia Sotomayor as “empathetic,” Republican National Committee Chairman Michael Steele said, “I don’t need some justice up there feeling bad for my opponent because of their life circumstances or their condition, and shortchanging me and my ability to get fair treatment under the law… Empathetic, I’ll give you empathy. Empathize right on your behind.” Empathy, in Steele’s estimation, is the enemy of justice, creating inevitable biases and making it impossible for Sotomayor to properly serve her country. Empathy, in other words, is a weakness.

Say what you will about how realistic it is for a bunch of 22-year-olds to expect to change the world, but if we are to have even the slimmest of chances at making even the slightest of differences, empathy and compassion will be essential. For those of us who seek to make the world a more just place, empathy is not a weakness, it’s a strength, and it will be central to our work, whatever form that work takes.

My friend Michael, who’ll be Teaching for America in Mississippi, won’t get very far without empathy. Whitney, on her way to Lesotho, in Southern Africa, at the Baylor Pediatric Aids Initiative, won’t even make it onto the plane without her deep sense of compassion and desire to serve others. Even my boyfriend, the soon-to-be investment banker, will be practicing his own brand of empathy as he starts work with a newfound awareness that his actions on Wall Street could have real consequences for real people on Main Street.

As we strive to change the world in whatever small way we can, each of us will need to consider different perspectives, new approaches and alternative solutions to the injustices we hope to alleviate. Empathy, compassion and the ability to see things we’ve never seen, or long ago stopped noticing, are the seeds of all positive change. Perhaps the next step to creating a more just world has been right in front of you all along, just like the Sydney Opera House has been for me. So take another look, and you might find it. Sometimes, all you need is a new set of eyes.