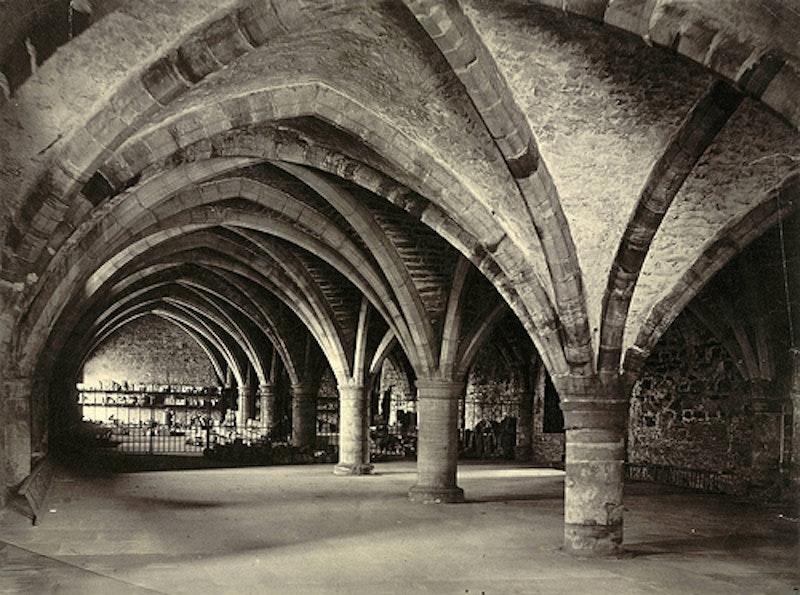 I wrote this really hot paper for a graduate student seminar on the performance artist Santiago Sierra. No, for real—the paper was so good I had to jump back and kiss myself. Sierra is an artist who is kind of like a terrorist; he terrorizes his audiences with antagonizing performance pieces—like the performance in which he set an art gallery on fire.

I send the hot paper off to this academic journal, thinking it will be published. A couple weeks ago, I get an email that the piece has been rejected—no big whoop. I read the comments to see where I fucked it up so I can improve it and send it off to another journal.

Reviewers one and two were quite gracious. They gave helpful suggestions about where I could expand the arguments, better explain this or that interesting idea, etc.

But the third reviewer? Oh she totally went Twilight on me. I don’t think she had one encouraging thing to say. If you ask her, I didn’t even spell my name right! That’s why they say that academia is the place where people are there to tell you Your Research Is Wrong Even Before You Do It And Only I Know How To Do It Right.

I have a fairly tough skin and am slightly arrogant, thank God, so I was fully able to deflect her bitchy comments. But the worst thing she said to me, the part that really stung, was that my writing was “too journalistic,” “too popular” and “not rigorous and academic.”

This trollop gon’ make me take off my earrings!

I can’t tell you how pissed off I get when academics act like “serious academic writing” only means completely unintelligible word-Calculus. This, along with people with year-round orange alligator skin, is one of my biggest pet peeves.

The whole world of academia is built on elitism, and I hate elitism as much as I hate a leopard Snuggie. Once I applied to give a talk at an academic conference, and the conference chairman asked me to rewrite the abstract to make it more “Yale Post-Graduate like.” Um, what? What does it mean to make something sound “Yale Post-Graduate like,” and why do people fetishize it so much? You better know I went off on that email.

With every unreadable text, every whopping three copies sold of an “earth shattering” book on the representation of menstruation in medieval literature, academia will continue to fight for relevance. A professor once told me that as long as three Victorian scholars in the field read his book and it changed their research, he would be happy. He “doesn’t care about the housewives of Tennessee.” That’s what he actually said.

You sexist, Victorian fop! If you ask me, I don’t care about the three Victorians in my field (I’m not one, but you get the idea)—I care about the housewives of Tennessee, Atlanta, New York, and Orange County. Maybe I’m in the wrong profession.

It all boils down to this: certain kinds of elitism are tired and old by now. We are in an age when nobody reads the whole paper—they skim the headlines in Google Reader all at once. We are in the age of the blog, when you better communicate your ideas in 200 words or less. The question I’m going to have to put up with for the rest of my career is, why is it such a bad thing if somebody writes in a popular, accessible style? Does your hard-earned Ph.D. scholarship lose it’s criticality (caution: academic word) if, like, people can read it?

No! Some of my favorite thinkers—Michael Eric Dyson, Tricia Rose, Valerie Steele, Iman—write in a way that gives you the fullness of what they’re trying to say without the extra fat. I have always believed that any idiot can make something sound extraordinarily complicated, but that it takes real craft to make an extremely conceptual idea sound easy. Think about it: violin virtuosos don’t make sonatas sound clunky and difficult—they make them sound easy, streamlined.

In the hooded world of academia, scholars are holding on to unintelligibility as a way to distract you from their lack of originality. I don’t mean that you don’t have ideas if you write heavily; I’m just saying that you don’t care enough to make them interesting and rewarding to all. And that sucks.