The Mitchell Report came and went as a public concern, perhaps because performance enhancement transcends sports. 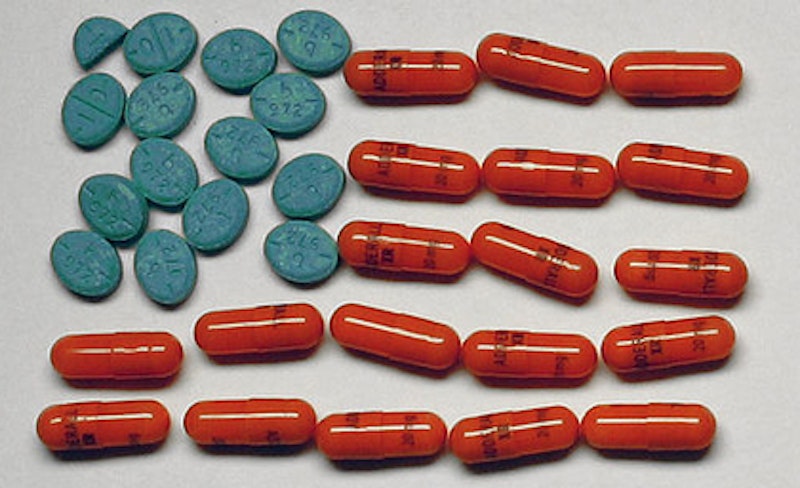 The relegation of Mitchell Report news from the front page to deep in the sports section is usually chalked up to the public becoming bored—of seeing heroes exposed as cheaters, of hearing inane excuses, of baseball’s unimportance in the face of war and poverty. And while this is certainly part of the reason why the exposure of athletes as enhancement obsessed freaks is being brushed under the carpet, it is not the whole reason, and not even the main reason. It is rather a matter of public complacency.

The parade of baseball players on trial marks a confrontation with a social phenomenon that encompasses much more than some clubhouse needle sticking. It is a showdown between the natural and the chemically enhanced, and it seems that natural is on the way out. Not because we can’t control it (although we probably cannot), but because it is what society wants.

Just as we adapt our environment to make it more livable, we also edit our bodies to make ourselves more efficient, more successful, and happier. And it turns out that chemicals are pretty damn effective at making good edits. Of course this applies to much more than just steroids; to witness the widespread use of performance enhancement drugs one need only to walk into their closest college library. Any college student who has taken Adderall (recent surveys state that one in five without a prescription have) will tell you that the use of performance enhancement drugs is not limited to athletics.

Students take stimulants like Adderall because it makes it easier to do well in school. The effects of the drug are drastic—lengthy papers are pumped out in a couple of hours and loads of data can be absorbed and memorized the night before an exam. By increasing productivity, Adderall allows students more time to pursue other interests, both for pleasure and self-improvement—study drugs make it possible to do things like maintain a high GPA while spending lots of time playing on the basketball team or getting high to watch Flaming Lips DVDs. Adderall can afford you the life of a smarter, more talented person.

Such is the source of our complacency with the Mitchell Report. The most common critique of non-prescription Adderall use is the same argument made against steroids: that it is a form a cheating. Since Adderall allows more work to be accomplished in a shorter period of time, the argument goes, students who take it receive an unfair advantage over those who do not. But consider the student whose parents can afford to get their child private tutoring before difficult exams, or the student who chases down caffeine pills with shots of espresso so that he can stay up all night to catch up on reading. Both practices provide a distinct academic advantage, and the latter entails a physical risk much greater than Adderall, which has been widely used for 70 years without significant health issues. And both practices are considered well within the normative bounds of academic fairness. In fact, Adderall may even increase fairness—not everyone can afford private tutors, but most students can find five bucks for a couple pills.

The same holds for steroid use in baseball. Professional athletes spend hours with specially trained fitness experts and eat custom meals designed by nutritionists; they have access to the best equipment. These are luxuries well beyond the means of those who do not compete at the highest levels, but we do not condemn them as unfairly enhancing performance. Tiger Woods uses a set of clubs that is tuned to the utmost degree, specially designed for his swing and crafted from the finest components. A young golf pro trying to make it does not have access to such customization. Is this unfair?

Granting this inconsistency, it seems that perhaps the real issue is the nature of enhancement. It just seems unfair that a person can take pills to improve productivity while others must resort to “hard work,” the mythological basis of American sports and American life. But as I just pointed out, lots of things that pro athletes have access to (or for that matter, rich students) are meant to increase productivity and bypass some of that hard work.

Some argue that there is importance within the difference in means between taking a pill and, say, seeing a tutor. When it comes to matters of access, I have already pointed out that the later is more suspicious. All that is left is sentiment—that people want to see how “they” can do on their own without chemicals, or that people are “changed” when they use stimulants.

But in respect to reality and pragmatism, this just is not how people actually act when it comes to choices about whether or not to use artificial enhancements. Baseball fans feel betrayed by the prevalence of steroid use. But these fans are the people whose purchasing habits have led to the establishment of convenience store sections entirely dedicated to energy drinks and supplements. They are people who take medication for mild depression. Of course baseball fans don’t want to read about Mark McGwire getting busted for steroids—they’re probably at work chugging down an extra-large coffee so that they can get through a boring assignment. And nobody likes to read bad things about themselves.