An executive with Zogby polling believes Americans will eventually see no difference between online education and on-campus education. In his new book John Zogby observes that while distance education and online degrees are less prestigious now, the trend of well-respected universities moving towards online coursework shows that eventually we won't care whether you learn in a virtual environment or a real one. 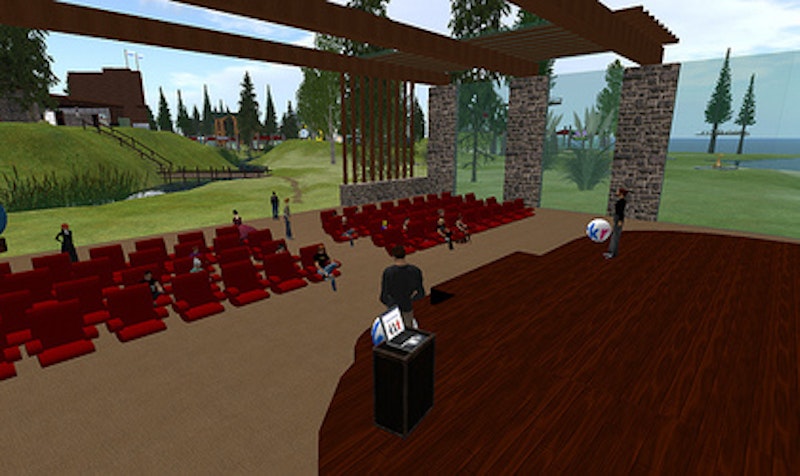 Is this where your children will go to college? Photo by kjarrett

National surveys show that a majority of Americans think online universities offer a lower quality of education than do traditional institutions. But a prominent pollster, John Zogby, says in a book being released today that it won't be long before American society takes to distance education as warmly as it has embraced game-changing innovations like microbrewed beers, Flexcars, and "the simple miracle of Netflix."

The factor that will close that "enthusiasm gap" is the growing use of distance education by well-respected universities, Mr. Zogby predicts in the book, The Way We'll Be: The Zogby Report on the Transformation of the American Dream (Random House).

The book, which is based on Zogby International polls and other studies, also touches on public attitudes toward politics, consumer habits, spirituality, and international affairs, and on what men and women really do want from each other. Mr. Zogby says polls detect signs of society's emerging resistance to big institutions, and its de-emphasis on things and places. "We're redefining geography and space," he says—and a widening acceptance of online education is part of the trend.