The difficult decision between co-ed and unisex education. 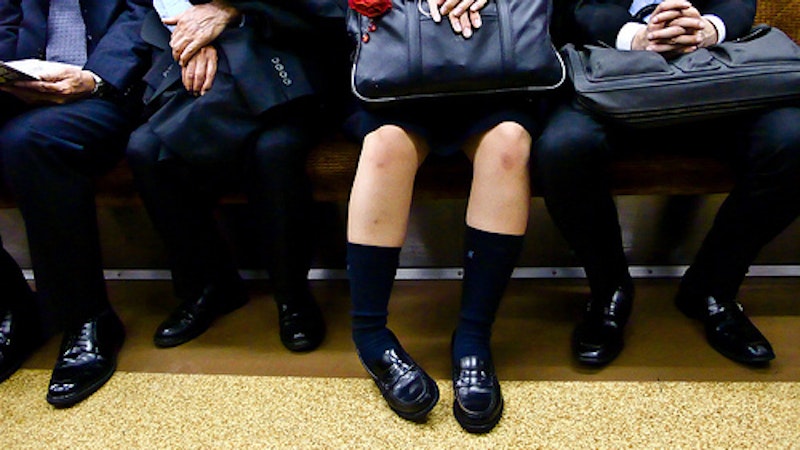 I went to an all-girls high school.

Let me rephrase that: my parents sent me to an all-girls high school. When I was 11 years old, my friends and I finished sixth grade and went our separate ways. Much to my dismay, I was sent to a private Anglican school with a strict uniform and required weekly chapel, a huge change from the co-ed public school where I’d begun my education. That it was one of Sydney’s best private schools, and that demand to go there was so high that I’d been on the waiting list since birth meant little to me at the time, for one reason: there were no boys.

When I pressed my parents for the reasons in sending me to an all-girls school, my mother said she thought that I’d concentrate better without boys around. But she was wrong: I could concentrate perfectly well—on the fact that there were no boys around. My father told me that when he was on his high school debate team, he had competed against the team from my new school and had found them to be impressive rivals—back in the early Iron Age. Needless to say, I was unmoved by their arguments, and spent the first few months of seventh grade sulking and missing my male friends.

Eventually I became accustomed to the lack of boys, and came to believe that my mother had been right. I did concentrate better in class when I wasn’t worried about impressing boys. It was at an all-girls school that I first discovered feminism, something that might not have happened had I feared intimidating or alienating my male classmates. Despite my initial resistance, I probably did better in an all-girls environment than at a co-ed school. Anecdotally, my experience seems to be common: One of my friends, who switched to co-ed after spending a year in an all-female school, was stunned by how reluctant girls were to speak up in class when there were boys present. Supporters of all-girls school often argue that when boys and girls are educated, girls are less likely to flaunt their intelligence and academic achievement for fear of appearing unattractive. Socially, they also argue, girls in co-ed environments are more likely to find their friendships damaged by competition for male attention.

Clearly, the findings present a conundrum for education policy makers and parents. If you’re a parent of girls, it seems logical to choose an all-girls schools where it’s available. But to do so is to support a system of single-sex education that seems a disadvantage to boys and men. For parents of boys, the choice is even more difficult: Choose single-sex education, and you might be increasing your child’s risk of depression and divorce in adulthood. Choose co-education, and while your kid might do better, the half of his class that’s female will probably do worse. Some parents might not see any dilemma there: After all, can they really be expected to worry about the educational outcomes of their children’s classmates. Don’t those kids have their own parents for that?

They do, but as the findings from England last week demonstrate, education has consequences. Schoolboys and schoolgirls will all one day leave school and become adult citizens of the world, and when they do, they’ll take with them the social lessons they learned in the classroom. For many girls educated in co-ed schools that lesson is: don’t be smarter than the boys. Don’t speak up, and don’t flaunt your intelligence, and don’t trust the other girls around you. And many boys educated in single-sex environments, as the head of education at Cambridge University has noted, find themselves in an “intimidating atmosphere” and a “homophobic environment,” not to mention the apparently increased risks of depression and divorce later in life.

As is often the case with discussions of gender, the choice between co-education and single-sex education seems to be a zero-sum game. But as is often the reality of gender, it doesn’t have to be so. Policymakers and parents must find a way to take the best of each model, while avoiding the apparent pitfalls of co-education for girls and of single-sex education for boys. In America, where co-education is the norm, this is an urgent need: The question of how to educate children to become academically successful and socially responsible adults is one of the most important ones facing our society. The problem that American parents must face is that as a result of co-education, their sons may do better in school—but they’ll graduate into a world where the women around them did worse. And that’s not a world in which any of us—man or woman—wants to live.