This 1973 clip of David Ruffin and Eddie Kendricks performing on a Detroit public access TV show is impossibly cool. 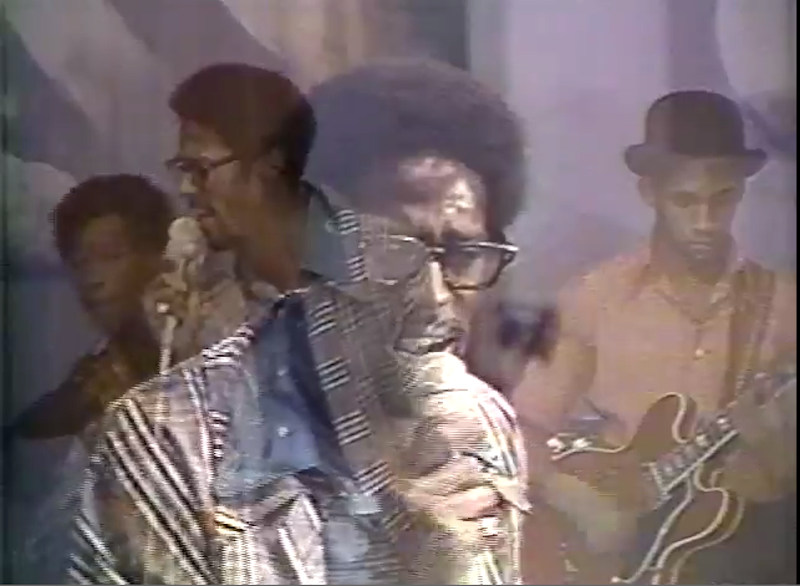 Everyone in my generation has experienced this feeling at least once before: Someone sends you a link to a video on YouTube, you open it, see it’s 10 minutes long and decide, “Nah, not worth it.” After all, 10 minutes on the Internet might as well be an eternity. You can do so many things in that time: stalk your crush on Facebook, scour eBay for rare soul 45’s and watch NBA preseason highlights while downloading free mp3’s off 16 rap blogs at the same time… or whatever it is you guys do on the Internet; I’m not here to judge anyone.

So, I’m aware that what I’m about to ask of you is a lot, but I’m going to ask really, really nicely. Please stop what you’re doing. Please turn up you speakers, close the door and hit full-screen on this clip. If you start it, please finish it. It’s 10 minutes and 48 seconds of pure Colombian awesome, and if you feel cheated then I don’t know what to tell you, but you and me? We’re through.

0:00: The clip begins mid-song, an incredibly lean David Ruffin is belting “If Loving You is Wrong (I Don’t Want to be Right),” in front of an unknown band (not Motown cats) and a surreal public access TV backdrop.

0:15: Only 15 seconds in, its clear that this band, at the very least, looks fly as fuck, if not slightly under-rehearsed. And that, as the old adage goes, you must be high/wasted to wear pants that high-waisted. David Ruffin is definitely high; probably high enough to kill you or me.

1:45: The camera swirls and Ruffin drives home the above point by simultaneously sounding totally into it while looking completely out of it.

3:14: The former Temptations front man unleashes an unholy 15-second screech, drops to his knees and for a moment looks completely on top of his game. He raises the tempo, then drops it just as fast, using his vocal range to exploit the band’s full dynamic potential, drawing on his incredible charisma and taking the performance from middling to magnificent.

4:40: The song ends, Ruffin gets a clap going, whispers something to the guitarist and they rip into “Don’t Wanna Lose Your Love” only to be interrupted by a jarring jump cut to…

5:15: Detroit music legend Gino Washington, wearing the most garish jacket 1973 spewed up (which is saying something), yet still looking quite dapper.

5:26: If the fake plant and poor excuse for interior design weren’t enough of a clue to the low production values, this “Back With Gino” frame drives the point home. This clip is raw.

5:31: And we’re back, with Eddie Kendricks—David Ruffin’s Temptations foil. The pair, like most successful duos, had polar opposite personalities—demonstrated perfectly by their contrasting performances.

6:11: Singing (err, lip-synching), “Girl, You Need a Change of Mind,” Eddie exudes natural cool. He barely sways, swings his arms and looks right in the camera and smiles.

6:56: By the looks of it, The Real Side is basically a stripped down Soul Train. Or so it seems, then a burst of purple, followed by pulsing reds, pinks and blues declare this a much more psychedelic affair.

7:26: Bongo breakdown: Everybody freak out!

9:22: Gino introduces “two rare live performances” from Eddie at the Phelps Lounge, shortly after he broke from the Temps. This is amazing stuff, super lo-fi, but very historically important.

10:40: Here’s why: this was thugging, 1973. You can draw a (admittedly wobbly) line between this club scene and the hip hop scene that currently dominates most urban night-life, but a lot has changed in 35+ years, specifically in the image rappers are expected to maintain. The sense is that dudes are more hardened now, that they have to represent "the streets," but what's really hood? Eddie Kendricks ought to know. I mean, he is holding a microphone, sweating, singing about some real emotional shit in a tight-fitting tailored suit, doing synchronized moves with his back up dancer… and he still looks hard as hell. What could be more gangster?