We'll All Find Our Way

Sam Humans and the Heligoats: a fine pair. 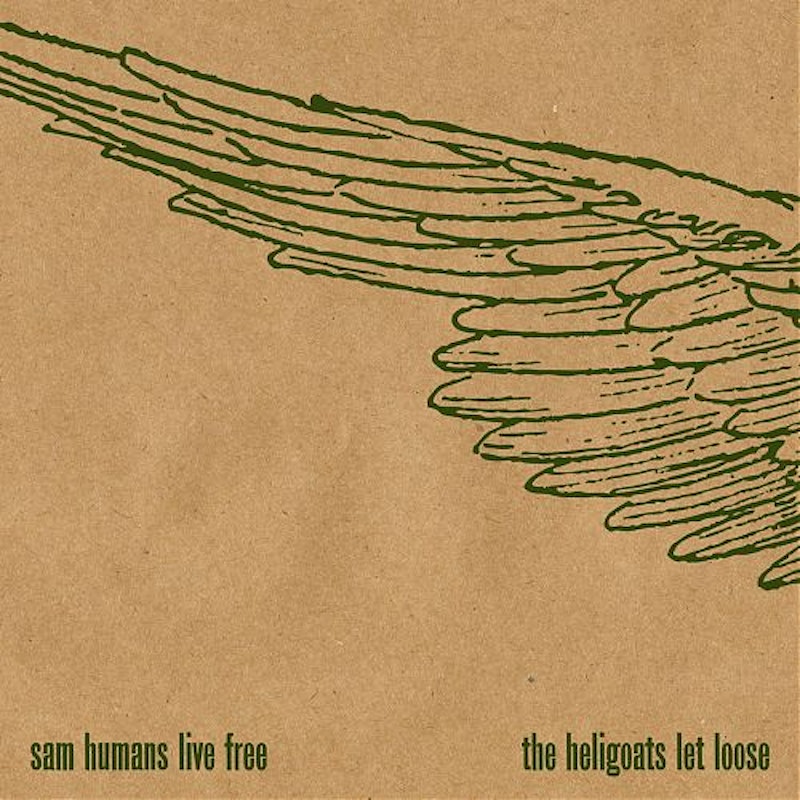 Out January 11 on Greyday Records: Live Free Let Loose, a split LP from Sam Humans and the Heligoats. Humans (formerly Modernstate), part of the Portland-based bands Worms and O Bruxo, is a fiery mix of Ted Leo and Rock Plaza Central; all discordant noise on “Firedrill,” plaintive and almost gentle on “Can’t Stop the Sun” and “Chemical Fire” (the standout track of his six on the album).

With his crazed delivery and lyrics of apocalyptic revolution, Humans fits well with the Heligoats' Chris Otepka, who's a bit of a lost sort, reminiscent of David Dondero, cranking out kind of kooky ramblings about disconnection and our sad post-postmodern America. Otepka has more of a straightforward pop sensibility, but the album holds together quite well, even if the "Let Loose" Heligoats songs function more as a preview for their upcoming 2011 full-length, which is reportedly more of a full band collaborative effort than past albums.

LFLL is a rewarding introduction to both Sam Humans and the Heligoats. Well worth checking out.