The legendary cult rocker passed away late last week at the age of 69. 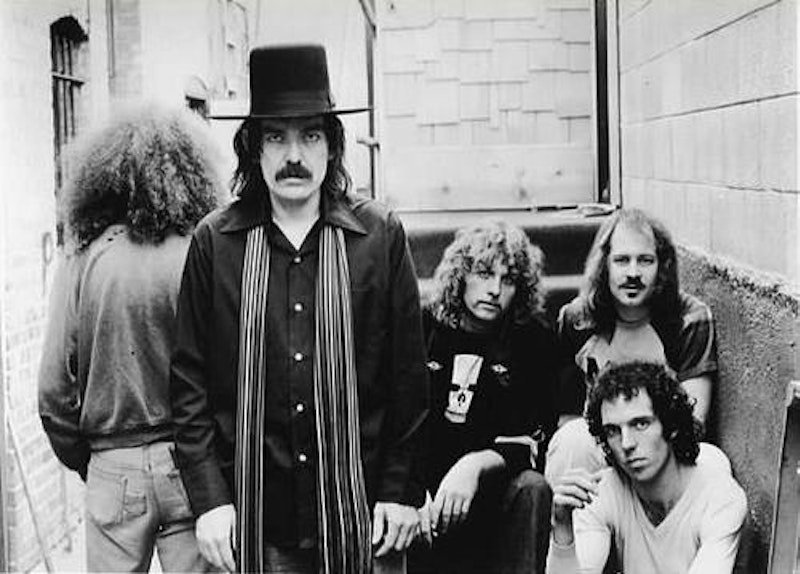 It figures that Don Van Vliet, a.k.a. Captain Beefheart, would die in the late afternoon of Friday, Dec. 17. That way his obituaries would appear Friday night and Saturday morning, when most people aren’t tuned into the news; his passing also took place too late for the annual necrologies that make up the “year-end” issues of so many publications. Once again, the Captain evaded popular notice.

Not that he planned it that way, but there did seem to be some kind of cosmic force at play: the reclusive heir to the Beats, who hadn’t released any new music since 1982, quietly shuffling off. As has been noted elsewhere, though he never had anything resembling a “hit record,” his influence can be heard everywhere, from The Residents’ sound collages to The Fall’s causticity to untold punk and post-punk acts’ caterwauling.

But Beefheart always had an uneasy relationship with the music business, if not society at large. He preferred being viewed as a painter; many of his album covers featured his own work, and when he finally walked away in ’82 to his Mojave home, it was to concentrate on expressing himself in that art form.

Though 1969’s sprawling Trout Mask Replica is rightly regarded as a masterpiece, my own preference has always leaned toward the remarkable three discs he finished up with, particularly the first one I ever heard: 1980’s Doc at the Radar Station. A riposte of sorts to the punks who found him so intriguing (“Ashtray Heart” and “Hot Head,” especially), the album includes any number of mood swings: From those two songs’ shamanistic wails, grunts and groans to the floppy boot stomper “Run Paint Run Run,” the panicked snapshot “Telephone,” and the gorgeous “A Carrot Is as Close as a Rabbit Gets to a Diamond,” a sort of Residents-meet-Bach instrumental that proved (once again) that Beefheart wasn’t just about the evocative imagery of his lyrics—even as its title resembled a Zen koan.

Those koans dotted his discography: “The Past Sure Is Tense.” “She’s Too Much for My Mirror.” “Nowadays a Woman’s Got to Hit a Man.” He also wasn’t above a little Zappa-inspired wordplay, especially given his love/hate relationship with the freakish iconoclast: “I'm Gonna Booglarize You Baby,” “Flash Gordon’s Ape,” “Ink Mathematics.” Zappa and Beefheart were school chums; the former produced Trout Mask, and together they made the solid mostly-live album Bongo Fury, whose cover photo typically features Zappa leveling a sardonic gaze at the camera while Beefheart ducks shyly under his hat.

Nobody’s quite sure of whether Zappa or Van Vliet first came up with the Beefheart moniker; the Captain told David Letterman in an interview supporting his last disc, Ice Cream for Crow, that the name was chosen to illustrate the “beef in my heart against this society.” (He was actually born Don Vliet, adding the more magisterial “Van” in the mid-60s to play up his supposed lineage to Dutch artist Peter Van Vliet.) But Beefheart’s writing and vocal stylings were very much his own: There’s plenty of Howlin’ Wolf’s growly delta blues, but also a melancholy quality when he turned down the pyrotechnics, detectable even in the wide-eyed Beat rambles of “Hey Garland, I Dig Your Tweed Coat” or the gentle “My Head Is My Only House Unless It Rains.”

It was the enraged snarl that makes the first impression, and it was backed up by plenty of heat, if the tales of his dictatorial command of The Magic Band are to be believed. (That talented group had its own mojo working, as can be heard on an all-instrumental version of 1970’s Lick My Decals Off, Baby underscores.) It was also on display during the recording session for “Hard Workin’ Man,” a riff on Muddy Waters’ “Mannish Boy” and probably one of the straightest songs he ever recorded, for Paul Schrader’s film Blue Collar. According to the soundtrack’s liner notes, Ry Cooder, who’d been an early member of The Magic Band, spent a long time talking Beefheart into coming to the studio:

And when he got there, he read the lyrics and he said, ‘I won’t do it!’ It came down to me locking him the studio and telling him I wouldn’t let him out until he’d sung it! I can still remember his face as he was banging on the sound control room window, screaming to be let out! I thought, ‘I’ve finally got revenge on all he put me through during Safe As Milk!

Rock music has had its share of recluses, from Syd Barrett and Nick Drake to Brian Wilson and Sly Stone. Unlike those, however, Beefheart/Van Vliet dropped out of music not because of drugs, emotional problems, or an early death, but because his muse led him elsewhere. So spare the Captain a thought as the year winds down, give Trout Mask or Shiny Beast a spin, and remember that sometimes your head is your only house.