We Are Reduced, We Are Observers 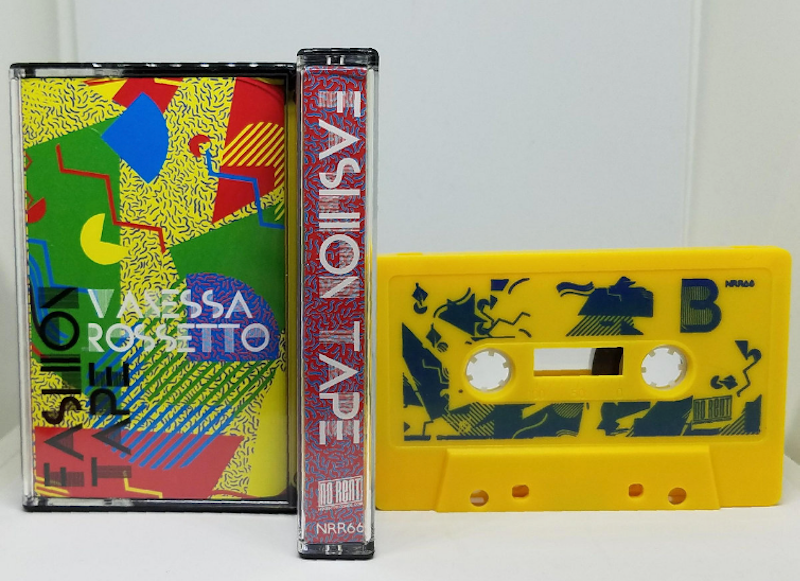 There are moments in life when waking reality is unexpectedly ur-accentuated or inexplicably drained of velocity, where life pins us down. We’re no longer active, but passive; we become passengers or bystanders.

Two occasions leap to mind: the preteen summer camp marathon where impossible air quivered and glowed as dehydration struck; that undergraduate-era whippet wallop turning dorm room ambience vicious, gnarly. Fashion Tape (No Rent), the latest missive from New York City musician Vanessa Rossetto, vividly explores and exploits what might be described as a kind of awestruck helplessness, where suddenly we are no longer narrators, but instead one with the backdrop of someone else’s ongoing story: the lampshade, the aromatherapy scent dispenser, the prehistoric insect trapped within a stranger’s amber pendant, the table where a smart phone app rests, soaking up the room. We are reduced; we are observers.

Her hooks simmer insistently, drone expansively, and—on opener “Sample Sale”—interlock like falling blocks in a psychotropic game of Tetris. But as with Rossetto’s other recent solo and collaborative releases, field recordings and their frisson are the magic. This means that sometimes it will seem as though you and an entire ocean just crashed a party hosted by Suri, everyone’s AI helper. That means that sometimes a soliloquy about Synesthesia will precede three vertiginous minutes implying pianos being tortured in a hangar where flying saucers are landing. “Memphis Milano” is pure perspective short-circuiting; the churning, delirious “Measurement,” where guest vocalist Matthew Revert chews mathematical scenery, occupies some misbegotten intersection between early The Orb and The Ship-era Brian Eno.

It can be difficult to find and hold onto one’s bearings; trying to can seem beside the point. “Fake Cheese” is spackled hangout chatter until it’s crepuscular drift spiced with crickets, until it’s that intergalactic electric clipper haircut you didn’t even know you’d always needed. We are, remember, observers: scenery. And isn’t that better?