The Guardian drops the ball in an effort to highlight French-language music. 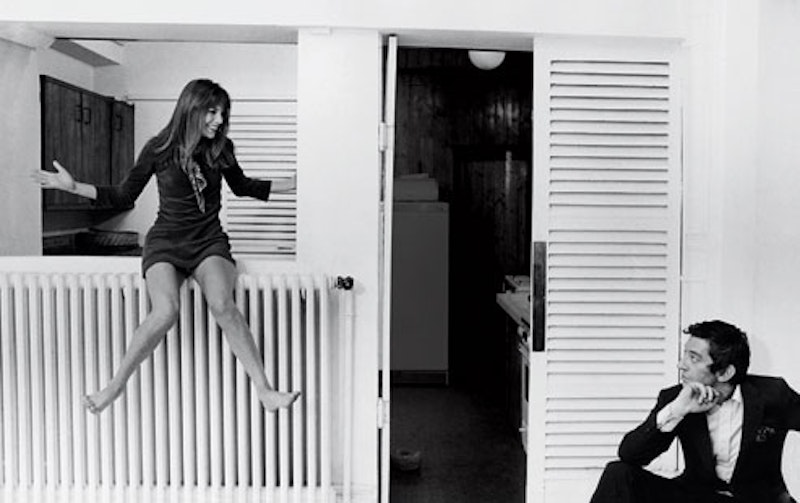 Serge Gainsbourg, doing what he does.

I'm a big fan of The Guardian. It’s one of the few mainstream media outlets that hasn’t yet surrendered its arts and music coverage to the blogosphere and alt-weeklies. And one of the ways it has kept up with this constantly updated, increasingly less formal approach to music journalism is to welcome readers’ recommendations. Each week, The Guardian proposes a theme and asks its audience to recommend songs. People make their arguments and then eventually the suggestions are filtered and condensed into a 10-song playlist. It's a safe and popular piece to print every week, and while it succeeds in its simple goal—to propose a theme, field suggestions, and make a mix tape—it occasionally devolves into absolute puffery that demands nothing of its readers or its writers. So when I glanced at last week's topic, “Songs in French,” I was saddened to see that it was one of the more pathetic articles to come out of this series. In fact, it’s so bad it’s hard to believe this would make the cut at my university paper.

My initial reaction to reading Paul MacInnes’ piece was more than just disappointment at the gross oversight in song selection, which was unfortunate considering there were so many interesting songs discussed in the comment section. I was genuinely mad. Since The Guardian’s readership is overwhelmingly English, it would seem impossible to propose “French Songs from French Artists” and not immediately lose half the number of participants. So clearly the number one priority is accessibility, giving equal weight to the casual listener and the music expert. But just consider how preposterous it would be to ask someone to draft a list of his or her favorite songs “in English.” And when the parameters are essentially liberal enough to include any song that has even just one phrase in French, why even bother with the theme?

MacInnes describes the reader commentary as “an awe-inspiringly broad trawl through music as new to many of you as it was to me,” which is true for the comment section, but seemingly absent from his playlist. With little to no defense of his selection process, MacInnes fills one third of the mix with English-speaking artists singing in French. I get it, the readership is English, so UK fave Deborah Harry has to be included. However that doesn't explain the need to leave off other artists in favor of Marianne Faithfull or the McGarrigle sisters, unless we’re attempting a mix suitable only for people older than 50. Just as American artists sang in French, many French groups and singers made names for themselves interpreting American classics as well. Claude François recorded an excellent interpretation of the Pete Seeger and Lee Hays classic “If I Had A Hammer” and practically crafted his whole career around Frechifying other American pop hits. There was even the little known YeYe teen group Les Surfs who anchored a small French tween movement by putting their own stamp on a Phil Spector classic. Maybe this is just resorting to the same gimmick but on the other side of the Atlantic, but hey, at least we’re learning something about French music movements in the process.

I agree that sacrifices have to be made in constructing a 10-song mix. Some of the big guns have to be left out. But simply shrugging off Serge Gainsbourg seems not only foolish, but a missed opportunity. The man’s catalog is so plentiful and daunting that the thought of choosing just one song must have sufficiently scared away the writers. In the end, they did the equivalent of creating a pop mix and placing The Beatles off limits. One interesting suggestion was to include Gainsbourg’s reggae version of the Marseillaise. It’s not Gainsbourg at his most evocative or transcendent, but it is a perfect display of his humor and creativity. It also makes room for what is arguably the most powerful national anthem in the world.

The “classic” French choices were bestowed upon Django Reinhardt and Jacques Brel, two Belgian artists but whom no one would contest. Apparently there was only enough room for them and not for other equally important stars like Yves Montand, Jacques Dutronc, Georges Brassens, or Charles Trenet. I second reader Motomo’s nomination of Trenet’s excellent “Que Reste-t-il de Nos Amours.” And then of course had the writer wanted to capture the magic and gravitas of French cinema, he could have included this Jean Ferrat gem which sets a perfect backdrop to Jean-Luc Godard’s Vivre Sa Vie.

This leads me back to the article’s purpose: to give a voice to the readers. On one hand, that goal is accomplished simply by acknowledging reader commentary, which is something people hope for whether an article is explicitly designated for them or not. However, it’s the writer’s responsibility to construct a cogent story out of those suggestions. And unfortunately the end result here is neither reflective of the abundantly rich selections from The Guardian’s readers, nor very interesting. Not to put all the blame on the selector, perhaps everyone could have benefitted from stricter requirements that would have made this exercise more enlightening. They could have, for instance, required all songs be more popular in France than abroad. I don't think refining the guidelines would have turned off many readers and the result might have been something other than carrying out the motions. We could have participated and learned something at the same time.