Rock ‘n’ roll wouldn't be the same without automobiles. 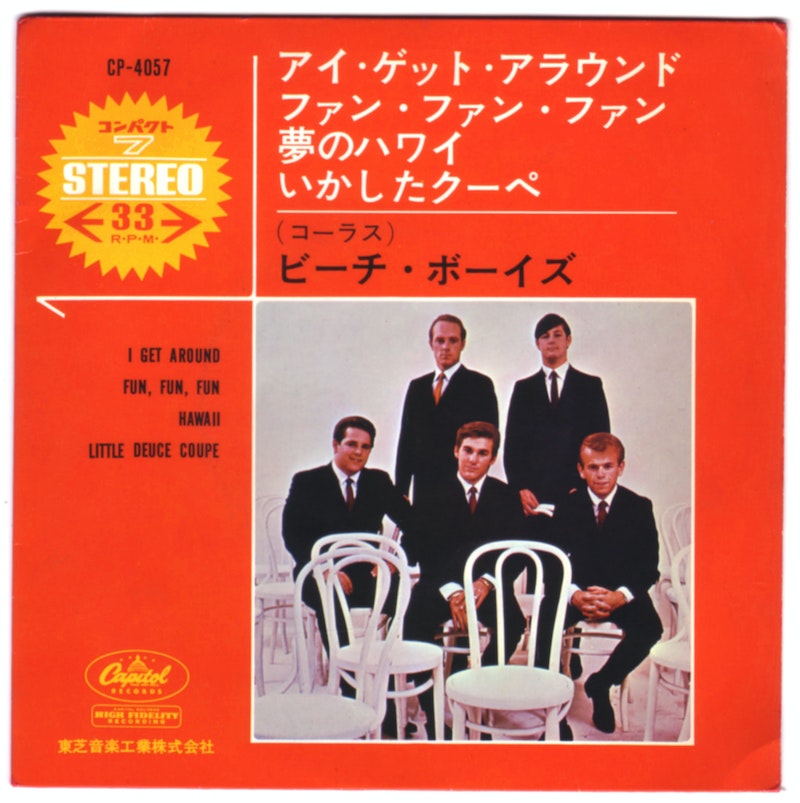 —“No Particular Place To Go,” written and performed by Chuck Berry (1964): Youth culture in the 1950s was centered around cars, and few could capture the teenage zeitgeist better than Chuck Berry. A master of clever wordplay and snapshot storytelling, Berry sings a song of automotive frustration in this vivid account of a teenager driving around aimlessly with his girlfriend with the radio on. The frustration comes when they want to take a stroll but the narrator can't get his girl's seat belt off, which is perhaps coded language. They have to return home, his desires defeated by a safety feature.

It's a funny exploration of teenage pastimes and angst, but Berry takes it to the next level with two tight guitar solos that give him the chance to showcase his instrumental style that influenced so many, including The Rolling Stones and The Beach Boys. There's one puzzling line in this song: "Ridin' along in my calaboose." Calaboose means prison. I wish I could ask Berry what he meant, because the car culture was all about freedom, not imprisonment.

—“Fun, Fun, Fun,” performed by The Beach Boys (1964), written by Brian Wilson and Mike Love: "And she'll have fun fun fun 'til her daddy takes the T-bird away." That's one of the most recognizable lines in rock ‘n’ roll history. The song kicks off with the familiar Chuck Berry "Johnny B Goode" riffs the band borrowed at the time, but after the instrumental intro it's all Beach Boys. The song's an early installment in the California myth-making the band dedicated itself to before it became more ethereal with its masterpiece Pet Sounds. While there are varying accounts as to its origin, the song’s based on a true story of a teenage girl losing her T-Bird privileges after telling her dad she was going to the library but going instead to a hamburger stand.

—“Ridin’ In My Car,” performed by NRBQ, written by Al Anderson (1977): This underrated gem should’ve been a hit single. The tune has an upbeat feel to it, but it's actually a sad song about a missed romance: “Well, I went to the place where ev'rybody hangs out/To see what ev'rybody was talkin' about/and over in the corner all alone with you was a boy from last summer singin' songs to you.”

The narrator’s car becomes a vehicle to bring back bittersweet memories of the girl who got away just when he thought they were going to start up: “And every time I start thinking about what might have been/I jump in my car and start ridin' again.” Al Anderson lays down a killer 12-second guitar solo that's remarkable in its economy. All 44 notes are necessary, but it stops soon enough to make you want more.

—“Hot Rod Lincoln,” performed by Commander Cody and His Lost Planet Airmen (1971), written by Charlie Ryan: This song was written in 1955, but Commander Cody and his boys had the most success with it, seeing it rise to number nine on the Billboard Hot 100. George Frayne was the country rock band’s lead singer, but he talks his way through this one. Here are his first words, delivered before any music has started: “My pappy said, son you're gonna drive me to drinkin’ if you don't stop driving that hot rod Lincoln.” Then the propulsive riff kicks in, repeated throughout the song, with a rhythm that matches the speed of the Lincoln. A Cadillac passes that Lincoln, but the driver’s having none of that. Before starting the chase, he presents an inventory of all his vehicle's features that are going to help him put that Caddy in his dust: “It's got a Lincoln motor and it's really souped up/That Model A Vitimix makes it look like a pup/It's got eight cylinders, uses them all/It's got overdrive, just won't stall.” And that's only half of them. He's in such fast pursuit that the “telephone poles looked like a picket fence.” That image, and the opening warning from “pappy,” are the two parts of this song that will stick in your head.

—“Brand New Cadillac,” performed by The Clash (1979), written by Vince Taylor: This rockabilly song, written in 1959, became one of the first British rock ‘n’ roll records. It was the first track The Clash recorded for their third album, London Calling. The narrator's girl has left him, driving away in a brand new Cadillac: "Baby, baby drove up in a Cadillac/I said, ‘Jesus Christ, where'd you get that Cadillac?’/She said balls to you, big daddy/She ain't never coming back!"

A guy who drives a Ford just doesn't make the cut. The tense guitar riff winding its way through the song, along with Joe Strummer's riotous vocals, makes it a real rocker.

—“Mustang Sally,” written by Sir Mack Rice, performed by Wilson Pickett (1966): This R&B classic, recorded at FAME studios in Muscle Shoals, Alabama, is a cautionary tale for would-be sugar daddies. You might buy your woman a Mustang thinking she'll be appreciative, but then she may ride all over town in it, paying little attention to you: "All you want to do is ride around Sally, ride, Sally, ride." The narrator's upset. He gives Sally a warning: "Guess I have to put your flat feet on the ground."

The bouncy groove along with Pickett's striking vocal delivery propelled the song into the top 25 singles in December, 1966. The sparse arrangement, anchored by just bass guitar and drums, leaves plenty of room on top for some nice horn and organ work. The girl backup singers sing "Ride Sally, ride" in the chorus, which provides a smooth counterpoint to Pickett's sandpaper-throated vocal delivery.

—"Long White Cadillac," performed by The Blasters (1983), written by Dave Alvin: This L.A. band was known for its high-energy blend of rock and roll, blues, R&B and country. This song's about the death of Hank Williams, who died in the back of a Caddy on the way to give a performance in Oak Hill, West Virginia on New Year's Day, 1953. The legend was 29. The lyrics are sung from Williams' point of view: "Wolves moan/Winter hills are black/I'm all alone/Sitting in the back of a long white Cadillac.”

—“Rocket 88,” performed by Jackie Brentson & His Delta Cats, written by Jackie Brenston and Ike Turner (1949): In 1991, the Rock and Roll Hall of Fame named this song, based on jump blues and swing music, as the first rock ‘n’ roll song ever recorded. Ike Turner's daughter accepted the award, as her father was behind bars after a coke bust. It's a love song to a car. The Oldsmobile "Rocket 88," introduced in1949, was the first "muscle car," and all the girls loved it: "V-8 motor and this modern design/Black convertible top and the girls don't mind/Sportin' with me, ridin' all around town for joy/Blow your horn, rocket, blow."

If you listen to Ike Turner's boogie woogie piano playing, you might recognize its influence on Little Richard's piano intro on "Good Golly Miss Molly," a big hit for him in1958. “Rocket 88,” with legendary producer Sam Phillips in the studio, was one of the most influential records in rock ‘n’ roll history.

—"Automobile," written and performed by John Prine (1979): This song, on Prine's 1979 album, Pink Cadillac, was recorded at Sam Phillips' Sun Studios, where Elvis Presley recorded. Prine and his band rock out, recreating some of the distinctive sounds of that time with help from a stand-up bass and twangy guitars. The singer/songwriter, known for the sadness that often permeates his music, has a lot of fun with the lyrics. First his car battery dies: "Feb-ru-ary morning/My car won't start today/I turned the key, at 8:03/And the battery passed away." But by the end of the song, things are looking better. In the final verse listeners learn that kids are in the car: "Well you can just hold it until you get to the next town." By that time he's ready for a cigarette and is musing about taking "the air filter off this sucker so we can see what it can really do."

—“She Runs Hot,” written and performed by Little Village (1991): Little Village was a roots-rock supergroup featuring John Hiatt, Ry Cooder, Nick Lowe, and Jim Keltner. They made only one album, She Runs Hot, released in 1992. This song is a sly number that might not really be just about a car: "Now she might run cold for you/She runs hot for me/She's got a fire in her veins/That's high octane.” You might wonder who this "she" is who responds to the narrator but not another guy. Drummer Keltner and bassist Lowe lay down an infectious groove while Cooder's slide guitar evokes the feeling of whizzing down an empty highway and enjoying the freedom of the open road. Hiatt sings the clever lyrics like he's enjoying being part of an in-joke: "Crankcase cookin', that's her manifold destiny."