There’s A Nothing Going On

Sly Stone's latest record, I'm Back, is neither a success nor a failure. Instead, it underlines 29 years of silence and leaves many questions unanswered. 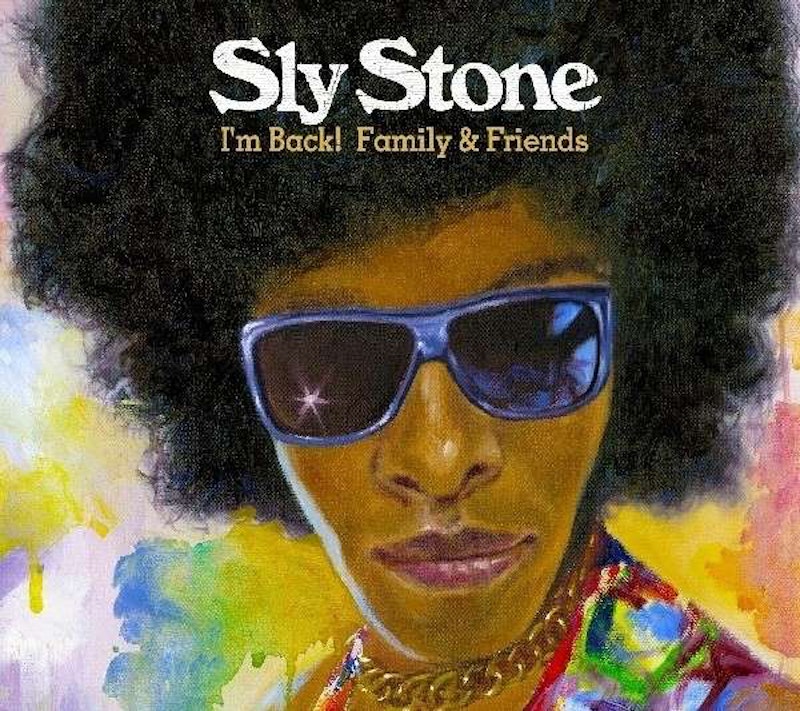 If it’s better to burn out than to fade away, Sly Stone must be feeling pretty miserable. While contemporaries like Hendrix and Joplin spectacularly did themselves in, and others like Jagger and Dylan just as spectacularly transformed themselves into lucratively lumbering self-parodies, Stone instead just… well, faded away. After releasing a succession of less and less urgent albums through the 70s, he spit out one more in 1982 (Ain’t But The One Way) and then disappeared. In the three decades since, everyone from the Velvet Underground to the Beatles have reunited to cash in, but Stone—arguably a greater talent than any of them—has remained silent.

By all rights, Stone’s new record should be an event. Either as a bracing return to form, or a titanic and embarrassing dud, it's the first chance in 29 years to look into the mind of one of the greatest musicians of the hallowed 60s. What does Sly make of hip-hop, a genre that was built in large part on his grooves and bizarre, musical-genres-colliding-like-waltzing-elephants sense of structure? What does he make of our black president, who both fulfills and disappoints the utopian integration promised by Stone’s interracial band and music? Is he off drugs? On drugs? What, in short, is his deal?

And the answer is… a big, fat, blank. From its generic title (I’m Back) to its playlist, the new album doesn’t so much break Stone’s silence as underline it. Most of the tracks are just new versions of his old hits, performed with assists from other aging boomers. A couple of these—like Johnny Winter’s gritty blues take on “Thank You (Falettinme Be Mice Elf Again)”—are interesting re-workings. Others, like “Everyday People,” with Ann Wilson on vocals, just demonstrate Stone’s songwriting genius: his work is really, really hard to ruin (though three crappy club mixes at the end of the album almost manage the feat.) But good, indifferent, or bad, the remakes all make it very clear that Sly isn’t so much back as he is immobile, still stuck inextricably in his heyday, a funky fly in the Woodstock mud. Loretta Lynn was canny enough to collaborate with Jack White; Willie Nelson collaborated with Snoop—and the best Sly can come up with is Ray Manzarek? That’s not keeping it real; that’s keeping it oblivious.

There are three new songs… which are mostly notable for how impossible it is to tell that they’re new songs. Certainly, they’re not up to the standards of Sly’s greatest work, but any of them could’ve been lifted wholesale off any of his decent-if-not-great late-70s albums.  Groovy, repetitious, solid—nothing to be embarrassed by, except to the extent that they suggest that Sly hasn’t listened to a single track of new music since 1975. Even the cover of the traditional “His Eye Is On the Sparrow” feels more like a pro forma exercise than a revelation of personal spiritual feeling. Sly moans and coos and the track lopes along with nondenominational aplomb —more Van Morrison new-age-nostalgia than gospel fire.

So no revelations, no insight, no nothing. It’s hard to think of an album that’s so unnecessary. Which, in some sense, is maybe for the best. I’d love a 2011 Sly Stone album that’s as great as his early work, but that just wasn’t going to happen. Realistically, the options are what I said they were at the beginning; Hendrix or Jagger—dead decades ago, or generations of making a mockery of himself. Rock stars either don’t age at all or they age badly. Stone, on the other hand, has chosen not to age at all, first by disappearing and now, with this album, by becoming irrelevant. It’s not ideal, but it could be a lot less dignified. And I’d rather have him alive and invisible than partaking of the uber-visibility of, say, Amy Winehouse. Given the options, fading away isn’t so bad after all.