The Worst Songs I've Ever Heard 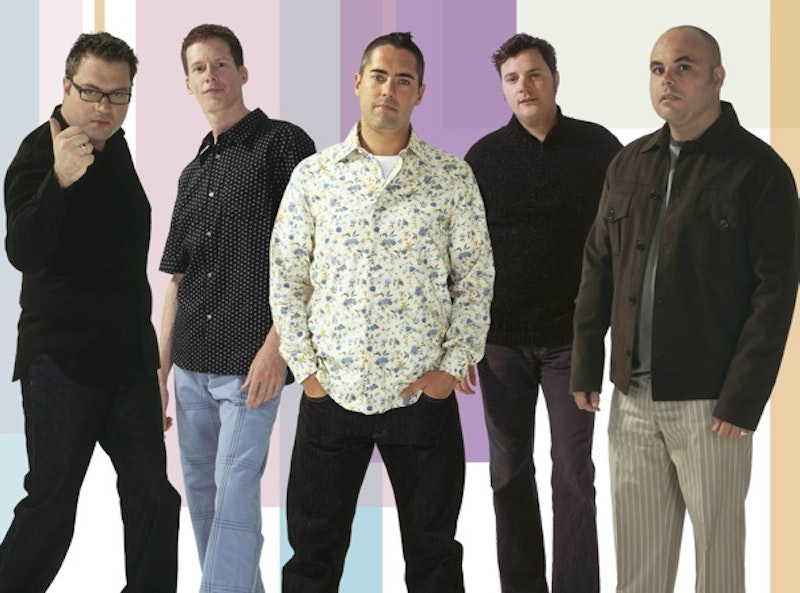 Tune, muse, your plangent harp and play upon it the following irritating, clamorous, obnoxious songs, many of which have risen to undeserved prominence, but all of which deserve a lasting, grave-like obscurity!

One could fill an entire catalogue with bad songs by this band, or merely re-label the collected works of the Barenaked Ladies “Bad Songs by the Barenaked Ladies.” Their hit “One Week” stands out from this dismal field for several reasons, not the least of which is its seemingly sempiternal popularity in commercials, movies, and TV shows. Specific examples are not necessary; the reader may simply imagine this song accompanying a montage in which adequate actors perform a series of simple tasks, enlivened by mugging and horseplay. “One Week” manages to combine a musically repellent, syncopated white nerd rap with lyrics whose content is at best twee and at worst enraging.

I will not dignify the words to this song with a thorough treatment, but will excerpt two verses which torment me when I am trying to go to sleep: “I'm the kind of guy who laughs at a funeral/ Can't understand what I mean?/Well, you soon will/I have a tendency to wear my mind on my sleeve.” The kind of guy who laughs at a funeral is doubtless wearing a porkpie hat and possesses the extremely safe kind of daring and impudence that Barenaked Ladies banked on for its popularity. The other line: “Chickity China the Chinese chicken/You have a drumstick and your brain stops tickin’.” The fact that the men who wrote and sang these lines are multimillionaires disproves the existence of a just and loving god.

It’s possible that I got a negative impression of Tori Amos when I first heard Little Earthquakes on a van, bound for Philadelphia with my school chums, and several girls were forcing us to listen to the album in rapt and appreciative silence; Tori Amos’ womanly suffering appealed to them because they, too, had suffered, suffered in the way that only girls who attended a Connecticut prep school could. So perhaps I include “Crucify” on this list for subjective reasons, but make no pretence at objectivity anyway. Amos at least clothes this song in moderately pleasant music, but the bathetic and mawkish lyrics stand out as perhaps the best example of the wan female 1990s alt-rock moaner genre, shared principally by Fiona Apple, Amos, and perhaps Portishead, who took the message of anomic female suffering to such dizzying heights of excess that I could not help but love them. “Crucify” is objectionable chiefly because of its repeated and repetitive chorus: “Why do we crucify ourselves?/Everyday I crucify myself/Nothing I do is good enough for you/Crucify myself/ Everyday I crucify myself/ And my heart is sick of being in chains.” Amos sings this approximately nine million times, and in its artless ridiculousness it is extremely irritating.

It’s possible that readers who have seen my other columns will be taken aback that a fountain-pen loving grad student with a fondness for Boswell wouldn’t like Kid Rock’s testosterone-infused onomatopoeic anthem. I didn’t. “Bawitdaba” enjoyed ubiquity around the close of the last century, and even I must admit that its driving, distorted-guitar heart is brisk and powerful; not so Kid Rock’s illiterate, metal-tinged vocals which, during their rare moments of lucidity, celebrate the imaginary life of the wealthy, drunken shitheel, a theme which other voices in American culture have expressed more fully and without recourse to rap-rock. Kid Rock humorlessly performed this hit on The Simpsons, one of many moments that caused America to lose its innocence.

“Who I Am”
Jessica Andrews

I have no idea if Jessica Andrews is even remotely famous anymore, but in the early 2000s she released this syrupy, blandly positive pop-country ballad that does for wholesomeness what “One Week” did for bland, white-guy edginess. Andrews’ vocals have the slightly abrasive clarity of a country western star but none of the smirking experience or self-awareness that makes, say, Dolly Parton, listenable. “Who I Am” is an inoffensive celebration of the singer’s uniqueness, independence, and love for her adorable extended family—the chorus:

I am Rosemary's granddaughter
The spitting image of my father
And when the day is done my momma's still my biggest fan
Sometimes I'm clueless and I'm clumsy
But I've got friends that love me
And they know just where I stand
It's all a part of me
And that's who I am
Andrews did not actually write the song, but even if she had, the claim, made in song by a famous singer, that fame has neither corrupted nor altered the singer’s ties to her family is nauseating. The music is a litany of overproduced country clichés, stripped of any Nashville grit to appeal to the broadest possible audience.

Hoo boy. If the name of this song doesn’t ring a bell, simply whine “say my name, say my name,” over and over again in the piercing, nasal monotone that buoyed Beyonce to worldwide acclaim. Weaving a typically complicated R&B polyphony into a noxious, repetitive clamor this song, like most of the others on this list, achieved huge popularity and played seemingly everywhere around the turn of 2000. The lyrics rival the Barenaked Ladies’ oeuvre for inanity and are certainly more repetitive and restricted in their scope than any song that I can think of other than “Froggy Went A-Courtin’.”

While we’re at it:
“Froggie Went A-Courtin’”
Bob Dylan
Good as I Been To You is probably my favorite album of all time. On it, Bob Dylan turns his voice and his immense musical talents to famous old American folk songs, and except for “Froggie Went A-Courtin’” they are uniformly delightful. “Froggie” is one of those folk songs that relies mostly on a strongly structured chorus, which was probably handy back when malnutrition and frequent blows to the head made ease of memorization a key element of popular music. Even Dylan can’t breathe much excitement into this particular tune, and he’s stuck on the hamster-wheel of its minutely varied lyrics and simple, repeating tune for a maddening six minutes. By the end of the song I no longer care if Froggie will realize his goal of interspecies marriage with Miss Mousy, and I wish I were dead.

Clearly this list neglects many rich seams of bad music—the 1980s, current pretentious indie rock, Broadway musicals. I could go on. Yet these collected songs, each one (excepting “Froggie Went A-Courtin’”) at one point extremely popular, gather together the malformed musical aesthetic and the idiotic lyric in a way that I find perfect, and perfectly irritating.