The Worst of the Worst: Summer music festivals 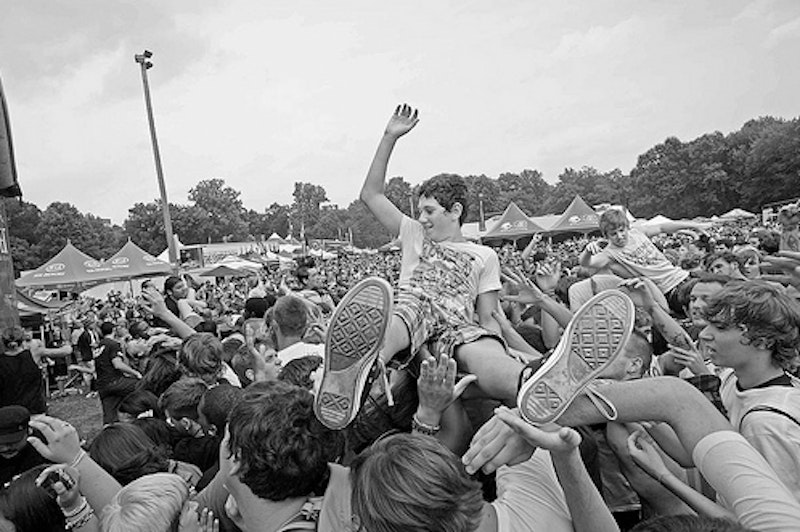 Yesterday, July 20, the Vans Warped Tour descended upon Merriweather Post Pavilion in Columbia, MD, and I was unfortunate enough to work there all day selling water and Gatorade. I’m not complaining—it’s a good gig, and I like those I work for and with. But often, the people who come to the shows are the biggest pains in the ass. Just an FYI, concertgoers: asking “Can I have that for free?” or trying to buy something for a few dollars less is never funny and won’t get you any Gatorade. Although every show has its share of the impolite and unintelligent, the Warped Tour featured the worst crowd that’s infested MPP all season.

Aside from the fact that the median age was somewhere around 15 (read: no tips), the festival itself and the people who attended were infuriating and upsetting. My cart was stationed on a strip of vendors and obnoxious advertisers that were there only to milk as much money out of the stream of people that wandered through the area. It was an all-day parade of questionable fashion and horrible hair, of braying tweens and lost adults, of cheap sunglasses and stupid t-shirts. Throughout the day I saw countless girls with slogans like “I <3 Sex” and “I <3 Sluts” temporary tattooed on their navels, no doubt the product of some pervert Vans executive. One fat kid in particular caught my eye: a t-shirt with the text “LET US FUCK” in big bold black letters.

Ultimately though, fashion is fashion, and I can’t knock someone too hard for dressing how they choose. It’s a personal choice. But the Warped crowd fully demonstrated that it was just as clueless as their haircuts: by the middle of the day, a surprising amount of litter was strewn throughout the grounds. By day’s end, Merriweather was covered in garbage, the most litter I’ve ever seen at the place. Litter gets on my nerves; it’s completely selfish, lazy, and indefensible. Merriweather has plentiful garbage cans and recycling units, and someone who litters simply conveys how much of a fucking idiot asshole he or she is. The bands were just as bad the crowd: posters and signs advertising different sets were taped, often five or six in a row, to the ground, ready to be walked on and gawked at. Trucks and stands were giving away free stuff everywhere, items like chicken wings and condoms that were just waiting to become trash on the ground.

Make no mistake: this was the rudest and most crass crowd I’ve ever served. We were told to take the caps off of all drinks sold, as the bands were worried about people throwing the caps at them. This was a good indicator of the douche quotient present. Bad music and bad fashion is one thing, but to me, littering is just inexcusable, and the Warped Tour’s ethos, such as it was, was best exemplified when Merriweather was covered in its useless, abundant garbage.